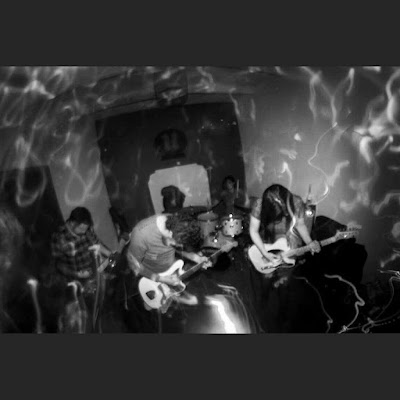 I wanted it to be a slow and heavy song, and while the idea is still there, it took a different direction when it was finished.

We actually recorded this album 3 times, and this take is from the second session. This is the only track we used from that session.

02.-Orange.
Orange -along with Some kind of regret-, is one of the first songs written for this album. To me, this one serves as some sort of “bridge” between our EP and 'Sundance sea'. I knew that I wanted to try different things this time, but I felt that I had to link both releases in some way, so I just fooled around with some of the chords I overused in our first songs and that's how this song was born.

Our former bass player, Pelón, contributed a lot in this song: The riff at the end of the chorus and the bridge were all his idea. That was something cool, his contribution fitted very well on the main idea of the song and influenced my songwritting on a couple tracks.

03.-In another world.
For some reason, a lot of people heard a lot of the Cure in this song. I mean, I love the Cure, but I never thought about'em while writting this song. Was it the flanger I used or the synth John added? I don't know.

We never finished that song before recording it, we used to jam and play it until we though it was appropriate to stop, but we didn't define it until we recorded it, but we liked the sound so much, that we decided to release this song as the first single of the album.

Like 'orange', this song was written as a band. I came with just an idea, but Noel and Pelón helped me finishing it. I think this song (and a very weird mini-tour) helped us become closer as bandmates.

This was the first time Alma included vocals on a song, we added like 5 or 6 layers of vocals during the verses, and you can clearly hear her voice there.

04.-Anne Louisse of the raging seas.
The oldest song of the bunch!. I wrote this song for a band I had between 2003-2010 but we never recorded it... in fact we never played it live, but I liked it so much... and I felt it was being wasted. In fact, it is my fav track of the album.

I wanted it to fit somewhere, but I wasn't sure CCS was the right band for it, until I decided to show it to them and they liked it!

It sounds a bit 'grunge' because it was written for a post-grunge band, but I tried to sing it a bit different and changed a few things to make it a proper Car Crash Sisters song. 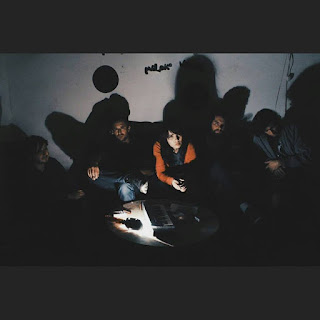 05.-Blackholeyday.
This one is a bit old too. I wrote the verse, the chorus and the ending, but it took me about 5 years to come up with a bridge to link those parts together. I just didn't know what to do! It starts with this dumb and happy section and it ends with dark, dissonant chords, so what to do? I tried a lot of things but it didn't sound good to me, fortunately, inspiration finally came to me and we were able to finish it.

I liked the idea of a catchy song with heavy-distorted guitars, and the britpop-esque drums helped to achieve that sound. Happy birthday everyday, Noel!

06.-Anyway.
It sounds like we ran out of ideas since we reused old songs in this album, and while -fortunately- this was not the case (I think), 'Anyway' is a new version of the original released in 2013. I think it was Noel who suggested to re-record this song as a band, because the original was just Alma and me. The drums were sequenced, so I guess it was ok to bring it back to life with a full band sound.

This is a very special song to me, because it was the very first song we released as CCS, and I still enjoy playing it live.

07.-Midnight.
This song was written during the second recording session of the album. I accidentaly played the first 2 chords and eventually, the whole song, but I felt it was way too easy, like 'I just wrote a song in 5 minutes, this cannot be good'. Maybe I got used to taking more time working and detailing songs and I felt that doing it so fast was cheap, but somehow, 'midnight' became one of my favorite tracks. Sometimes being spontaneous gives you good surprises.

08.-Descension.
Alma was doing something in the kitchen, and I was sitting on a chair, talking to her, playing my acoustic guitar, and then I started playing this song. It was different, kind of weird, but I couldn't stop playing and singing, so the next day I recorded a demo of it. It took me weeks to show it to the band, I thought they were not gonna like it. The demo was me trying to emulate what I thought the rest of the band would do, but, of course, they ended up doing it much better. This song marks the departure of Pelón, the return of John and the beginning of the 3rd recording session, so in a way, it represents a new beginning.

This and 'in another world' are probably two of the most honest songs I've ever written in my life. So honest they kinda hurt.

I always try to hide certain feelings when I write lyrics, making them a bit confusing and somehow cryptic, but this one in particular happened in a moment when the only thing I could do was face reality, so I just wrote what I felt.
*
*
*
Thanks