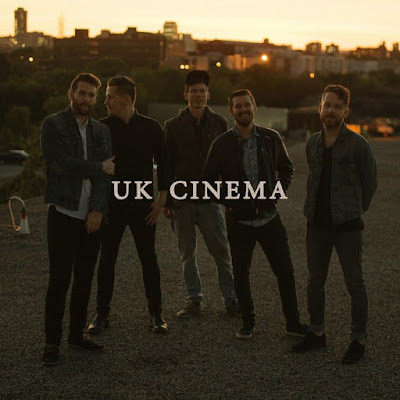 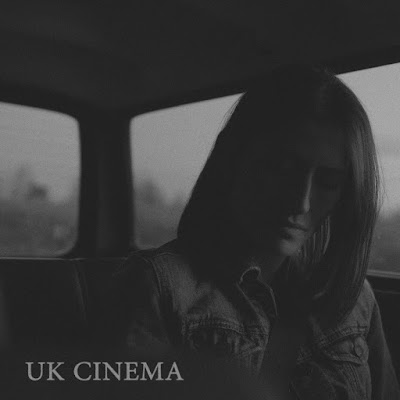 Q. When did UK Cinema start? Tell us about the history...
UK Cinema started with the desire to pick up our instruments and start playing music again. Together we had all had history playing and writing music, although it had been a few years since. Only our guitarist, RJ Kemp (or Robert J. Kemp) had in the meantime recorded and released a solo album (Warmer Now) of atmospheric, emotionally-charged songs which charmingly fused 80s New Wave with cinematic instrumental compositions. This release inspired us all to get back into it, to experiment with where we felt we were and where we felt we could go musically.

Q: Who are your influences?
We are influenced by a broad range of artists, many of which are not exclusively musical. Film has always been a primary source of guidance in both our sound and our visuals.

A few of our favourite films come from the well-established names like Christopher Nolan, Danny Boyle and Stanley Kubrick; and more recently, we’ve been inspired by the onscreen grit of Nicolas Winding Refn, Jeremy Saulnier and Cary Fukanaga; as well as the enchanting, subtle works of Lynn Shelton, Richard Linklater, and Joe Swanberg. On the music side of things, some of our enduring favourites include The National, Slowdive, Frightened Rabbit and Joy Division. At the intersection of film and music, we have come to be heavily influenced by musical scores of all genres, from Hanz Zimmer’s epics to Brian Eno’s ambiences.

Q. Make a list of 5 albums of all time…
This is a tough one. Put to the test, we might choose the following:
- Slowdive, Souvlaki
- The National, High Violet
- Explosions in the Sky, The Earth is Not a Cold Dead Place
- Trashcan Sinatras, Weightlifting
- Neutral Milk Hotel, In the Aeroplane Over the Sea

Q. How do you feel playing live?
Playing live has always been an exhilarating experience for us. Sharing our music with friends or strangers is always equally daunting and exciting, but this union only adds to the raw emotion we hope to evoke from listeners and convey ourselves. With UK Cinema, we wanted to add another element to live shows by including cinematic visuals by Black Lake (www.blacklakemedia.com). Believing the combination of music and film to be rather emotionally powerful, we—with the amazing help and talented work of Black Lake—attempt to bring it all to the table. So, our main goal is to make the show a unique experience.

Q. How do you describe UK Cinema sounds?
Simply speaking, we wanted to create music that we would want to hear.

With a lifelong love for film and music both, we wanted to imbue our music with a cinematic, timeless sound. We like to play around with emotion, often settling with a paradox of sorts: something extremely personal and individual, but accessible and collective; something dark and gloomy, while simultaneously fun and self-reflexive. Josh (vocals, keys and lyrics) typically writes from personal experience, a limitless territory of curiosity and sentiment.


Q: Tell us about the process of recording the songs ?
We worked with Josh Korody of the band Beliefs (one of our local favourites) at his studio Candle Recording in Toronto for “English Girls.” When we walked into the studio, Korody had the latest Slowdive record playing, so we knew immediately that our pairing would work (haha). The song was written well before recording, so it was a simple process of recording; taking the most time to find the sounds we were hoping for. Josh also encouraged experimentation in certain parts of the track which ultimately benefited it greatly. We were all ecstatic with how things turned out and extremely thankful to Josh Korody and Candle Recording.

Currently, we only have our single “English Girls” officially recorded. We are sitting on many demos and hope to record some in the near future for an EP or full-length release.

Q. Which new bands do you recommend?
Some new bands we’re really into are Black Marble, Ruby Haunt, Alvvays, Pinkshinkyultrablast and Outsider (previously ‘Moscow Metro’) – to name a few.

Q: Which band would you love to made a cover version of?
We’ve been debating this question for months now. We have considered including a cover into our live show, most likely a modern rendition of a favourite 80’s post-punk track. Although, we also want to try for something totally different by choosing a song wildly outside of our genre and have fun with blending the two styles.

Q: What are your plans for the future?
We’re playing a lot of local shows within the next few months (Hamilton & Toronto), hoping to continue and build on our live experience. We hope to record either an EP or full length in the Summer of 2018.

Q: Any parting words?
We’ve never really been formally interviewed before so we apologize about our overeager and long-winded responses! From all of us in UK Cinema, thank you for your time and interest. We’re true fans of The Blog That Celebrates Itself. Wishing you all the best!
*
*
*
Thanks