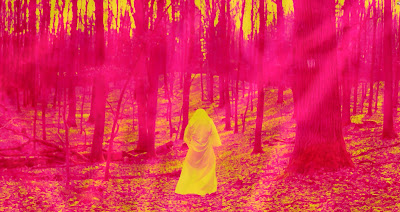 Q: When did Vlimmer start? Tell us about the history...
In my bedroom Vlimmer started in March 2013, but it wasn’t until October 2015 that I went public. When I started the whole thing, I wanted to make something different than what I did with my other bands, something more electronic, haunting, dark, futuristic. Originally, the tracks purposely turned out pretty harsh: fuzz synths to the max, an aggressive noise drone massacre with melodramatic tone switches, barely any vocals, just full blast with lots of layered sound sources, most of them playing the exact same tone at the same time. Nightmare cinemascope, if you want. In the end all this became another project called Infravoids. But if it wasn’t for these tracks Vlimmer wouldn’t exist, also, everything happened during the same sessions. After six or so full fuzz adventures I felt the urge to give space for a less aggressive atmosphere, instead I wanted to be dark playing the songs in a more subtle way. A good horror movie doesn’t necessarily need litres of blood, right? For two weeks I simultaneously recorded Infravoids and Vlimmer songs, at that moment it was one project for me, the band names didn’t exist yet. After that it appeared pretty clear to me that I had to separate the music, I finished an Infravoids album pretty quick and solely focused on Vlimmer which suddenly became a real addiction. The songs wrote themselves. Still, there was one big decision to make: When I had recorded five instrumental tracks I had to decide which singing style and which language I would use. After days of trying out if English or German would turn out better I came to conclusion that for the first time I would choose my mother tongue: German. The biggest impact in this matter came from a book I was writing at that time: “Jagmoor Cynewulf – Über die Unüberwindbarkeit des Schwebens” – a dark atmospheric narrative about a young man trying to find out why he is what he is, a kind of coming-of-age story set in 2031. As the first five songs felt like one entity which didn’t need more songs, I decided to choose the format of an EP for this and for future releases, lyric-wise I decided to base the content on the first chapter of the book. Eventually, this resulted in the megalomaniac idea of recording 18 EPs for 18 chapters. Oh I hear you, but I can tell you, I’m still fully commited to finish this project. During the end of March 2013 and the end of September 2013 I recorded the first six chapters, the first six EPs, that’s 30 songs. At that time I had no idea what to do with them, still, I put all six EPs on my mp3 player. That’s where they stayed unheard for at least one year. Release-wise I wasn’t too productive at that time. I only put out two records in two years on my label Blackjack Illuminist. Now, in early 2015 I decided to finally release a whole bunch of stuff turning this year into the year where I put out six releases, more than ever before. The funny thing is: I expected that Vlimmer out of all releases would attract the least attention among listeners. It turned out quite the opposite: suddenly there were people from all over the world showing an interested in my music, I was baffled! The limited edition hand-made box set which contains the first two EPs and gives room for four more EPs was sold out long time before the release, so I made new boxes, increased the limited edition to 20, and sold out again. Man, some copies even went to a record store in Hong Kong, I have no words for that! I will have to make up my mind about a third batch. I guess, there will have to be one. This is real fun, and I’m thankful for the people’s interest and for the support many of them give. Let’s hope they will follow me until the 18th EP.

Q: Who are your influences?
I’m not fully aware of who had an influence on Vlimmer music-wise. But I’m pretty sure the lo-fi quality of a band like Dirty Beaches originally had an impact on today’s Vlimmer sound at some time. It was probably also the loops of that very band by Alex Zhang Hungtai that had an influence. It showed me that you just need one effective steady rhythm pattern or sound that can back a whole song. Who else was an influence? Probably the American Shoegaze experimental two piece Belong with their nostalgic dark sound full of fuzz which genuinely combines guitars and keyboards to a thick layered sound cloud. It is really powerful, yet never aggressive, the voices are buried deep in the mix, the drum machine remains pretty unemotional. “Come Here” of their latest album is probably my favourite Shoegaze tune ever. 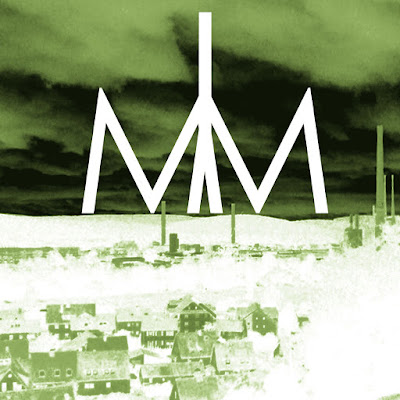 Q. How would you describe Vlimmer’s sounds?
When I released the first Vlimmer song on Soundcloud people from dark music genres made me realize that I happened to enter the circle of Darkwave, Coldwave, Goth etc. without noticing it – and admittedly, without exactly knowing what some of these tags really meant. I mean, sure, I had an idea, and Shoegaze wouldn’t exist without Darkwave. Thing is, I never had any aspirations, never tried to belong to a certain style or group. I just wanted to create dark dense music with repetitive rhythm patterns and futuristic synths as mentioned before. As a Shoegazer I think I, subconsciously, may have tried to create a more minimal version of the genre. Well, I don’t know. It just happened. Does the term DarKraut actually exist? Still, I wouldn’t pin down Vlimmer to just one or two genres. The occasional violins are like a garage rock version of a disaster film score or Sigur Rós track, there are hints of Black Metal, Dream Pop, Post-Punk and more. I am open to all kind of genre mixes as long as it remains dark, and I hope the listeners are open, too, and will follow me until the end of the Vlimmer series. In 2016 I will release the next four EPs, none of them will sound alike.

Q: Tell us about the process of recording the songs.
Vlimmer songs are mainly the result of night time activity and working with synths which are connected to a whole bunch of effect pedals. As I like monotonous beats and repetitive motifs I’m always looking for a good loop to work on, it’s the base on which I put layers of synth, guitar and violin. Repetition causes a kind of threatening atmosphere, and this was exactly what I wanted to achieve. So what I do is basically, if not always, the following: first creating a cool loop, recording it for about 5 – 7 minutes and then add the before mentioned instruments. If the loop contains any percussion or drum elements which drown in the sound I slightly add real drums at the end to give it a little punch. Additionally, I cut a lot of frequencies of the vocals to make the voice real thin, making it almost disappear in the mix. Finally, reverb and delay have always been good friends of me.

Q. Which new bands do you recommended?
I recently enjoyed James Welburn’s debut “Hold”. A haunting set of dark heavy guitar/synth drones, Dark Ambient with a Black Metal touch, pushed a little further by the accompanying drums. There are no vocals, just this claustrophobic energy.

Q: Any parting words?
Don’t believe anything you see on the internet. Question things before you spread them. Be critical. – Thanks for your constant support, Renato.
*
*
*
Thanks