Aight with Water - An Interview 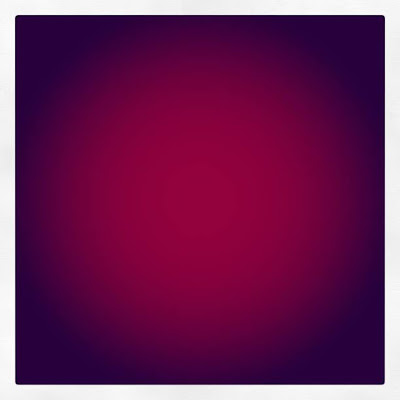 Q: How did Water start?
Water started sometime around the end of 2013. I had a bunch of music I was sitting on that I was writing by myself and I wanted to try and flesh out, so I asked my friend Preston Rahbari if he'd be interested in helping me demo it. Preston is an audio engineer by trade and one of the most talented musicians I know, so getting him involved changed everything. We demoed 5 or 6 tracks at his home studio, and they turned out much better than I'd hoped. Around this time, Preston offered to play drums in a full band version of Water, so we tracked live drums in our friend Jordan's basement. We brought in Roy Atadgy and my brother Tom Anthony to help write/record vocals with us, and added our friend Mitchell Neif to play bass while we worked on finishing the record.

Q: Who are your influences?
I think this band differs from anything else we've done before in that it started off with an idea for a solo project, turned into a collaboration between two friends, and eventually morphed into a full band. The main influences sonically come from Preston, Roy, and Tom because they were all able to add unbelievable ideas to these rough sketches I was working on and turn them into something unique. Traditionally speaking, though, we're all influenced by the "classic" shoegaze bands everyone will list in interviews like this: Slowdive, My Bloody Valentine, Ride, etc. I also think we lean towards the heavier end of things; Hum comes to mind as another big influence, at least sonically. Everyone's tastes are pretty diverse. I'd also be remiss if I didn't acknowledge the power of the leaf.

Q: 5 albums of all time
I can't speak for the rest of the band here, but off the top of my head and just sticking to "shoegaze":
1. Slowdive-Pygmalion (this entire list could just be Slowdive, honestly)
2. MBV-Loveless
3. Air Formation-Daylight Storms
4. Ride-Nowhere
5. The Verve-A Storm in Heaven

Q: How do you feel playing live?
Tricky question...at this point, Water has only played one show (August 2014 at Creep Records in Philadelphia). It was a pretty surreal feeling considering the amount of time we had already sunk into the project. We've got plans to pick things up again soon, but everyone plays in other bands and has full time jobs. I'm also living in Pittsburgh right now, which is 5 hours away from Philadelphia, so that complicates things.

Q: How do you describe Water's sound?
I have a hard time assigning words to describe sonics. We're basically running with the traditional shoegaze template (delay, reverb, a shit ton of noise, etc.) and tinkering with it here or there. Our outside influences tend to bleed into the pallet now and again, whether that's pulling us towards the poppier or heavier ends of the spectrum.

Q: Tell us about the process of recording the songs?
As I said before, this started as solo project, so at first it was just me playing guitar. Bringing Preston in changed the writing process immediately because of how strong his ear is. We started demoing almost immediately and he programmed drums along with the guitar/bass I was tracking. Roy came in and wrote some melodies, and the three of us finished demoing the record that way. Preston tracked drums in our friend's basement and we tracked everything else at his home studio.

I'd say that writing and recording the vocals was the most collaborative the process got beyond the direct relationship between Preston and I. Roy, Tom, Preston, and I all sing on the record, so we tried to find a blend of all four of our voices that made it flow as seamlessly as possible. I think it works well. The next record will be a completely different ballgame: we're going to write it in a room together and track it live, which seems like an arduous task but will be more rewarding in the long term.


Q: Which new bands do you recommend?
Well, this is where I need to shamelessly plug everyone's other projects, because at this point Water is mostly a side thing. Roy plays guitar and sings in Pirahna. Preston has been in a ton of bands over the years but at this point is mostly focused on recording/studio work and playing guitar in Last Full Measure. Tom has a million projects. Notably, he plays drums in Clique, as well as Last Full Measure. I play guitar in Latecomer. Mitch transports cars via Zen Auto Transport, so hit him up for all your domestic transporting needs, 'sayin?

There's a lot of really cool "shoegazey" kind of stuff coming out of Philly these days. Weekender is one of my favorite bands, in general. Tom used to play guitar with them, and I've got plans to collaborate with Derek on a project in the future. Nothing is from Philadelphia and obviously doing some really big things, and they always manage to keep the spotlight on the city. Their LP did a lot for the revitalization of the genre. Creepoid and Sad Actor come to mind as well. I think Creepoid's newest record is actually my early nominee for album of the year. Outside of Philadelphia, I'd say Tennis System, Ringo Deathstarr, Cloakroom, and Be Forest deserve your attention. I could go on forever. It's a wonderful time to consume this kind of music.

Q: Which bands would you like to cover?
I don't know if this band will ever ending up doing any covers, but if we did, I'd imagine it'd be something outside of the realm of shoegaze that we tried to pull in that direction. Something from Pet Sounds or Smile, maybe. "Heros and Villains" seems like a prime candidate to space the fuck out on. If Slowdive didn't reunite last year, we probably would have covered them. They've been my favorite band since a friend gave me a copy of Souvlaki in 2004.

Q: What's the plans for the future?
Preston is working diligently and painstakingly on finishing up mixing and mastering the rest of the record. Hopefully, we'll have it out by the end of the year, but he's one of the busiest guys I know and this is a passion project for him. We're starting to discuss plans for a few shows in December/January, or as soon as I can get some time away from Pittsburgh. Hopefully from there we'll start writing the next record and put some things into motion.

Q: Any parting words?
I appreciate you taking an interest in this band. Water exists so that 5 friends can play music together. Anything that comes out of it is a bonus. Thanks to anyone who's given us a listen and/or taken the time to read my rambling responses to very basic questions. You stay cool like how you be cool.
*
*
*
Thanks