Forever in Dreams with Bye - An Interview 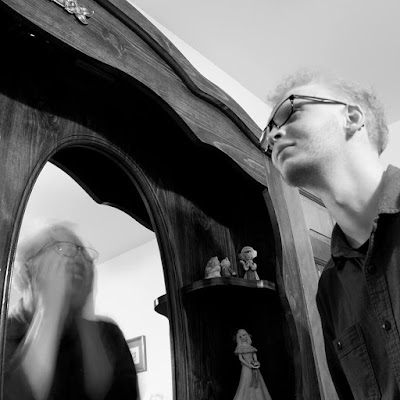 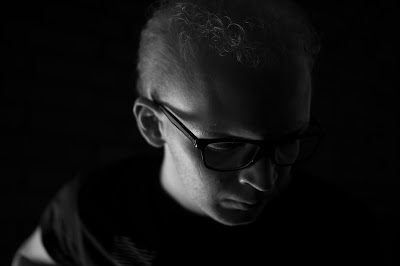 
Q. When did Bye start? Tell us about the history...
Bye began early this year as a collection of reverb-drenched instrumentals that I was creating in my bedroom in Albany, NY. After seriously writing for around six months, I got my first show based upon only a (very) low quality demo that I recorded on my phone. For the show, I reached out to my friend Joe Vita, and he agreed to join Bye to contribute drums and synth. Bye has also had the privilege of incorporating members of the band Slowshine into our live ensemble. A few months ago however, I moved to the Los Angeles area for college, so I am currently in the process of finding new people to collaborate with for upcoming music.

Q: Who are your influences?
A huge influence on Bye is the Cocteau Twins, specifically Robin Guthrie’s guitar work and drum machine patterns. Another big influence is David Lynch and the surrealist qualities put forth in his films and Twin Peaks, alongside the brilliant soundtracks of Angelo Badalamenti. Other than that, I draw from a lot of ‘80s post-punk, goth and new wave.

Q. Make a list of 5 albums of all time…
This is an extremely difficult question, so in no particular order:
• The Postal Service – Give Up
• American Football – American Football
• Joy Division – Unknown Pleasures
• The Smiths – Hatful of Hate (I know this is technically not a studio album, but it’s my favorite Smiths release, easily)
• Cocteau Twins/Harold Budd – The Moon and The Melodies (largely because I find “Sea, Swallow Me” to be one of the greatest songs of all time)

Q. How do you feel playing live?
Playing live is one of the most gratifying feelings in the world for me. In the past, live performance has always been a daunting and anxiety-filled experience, but with Bye, I feel like I am at home when I am performing these songs.

Q. How do you describe Bye sounds?
Sad and dreamy. Sometimes the sorrow is drowned in reverb, sometimes in waves of feedback.


Q: Tell us about the process of recording the songs ?
For the Forever In Dreams EP, I recorded with Bye drummer Joe Vita in his bedroom. We had a fairly simple setup, and since my main amp was broken during the process, I ended up sending my pedalboard through a small Vox practice amp – but don’t tell the purists!

Q. Which new bands do you recommend?
I would highly recommend PineSheets, Slowshine, Them Are Us Too, Bare Mattress and Drab Majesty. All lovely people making lovely music.

Q: Which band would you love to made a cover version of?
Off the top of my head, I would love to cover “Leave Me Alone” by New Order.

Q: What are your plans for the future?
Sometime soon, I will be releasing a new single, titled “Lullaby,” which was recorded with Noah Bondy (from Slowshine) at a magical DIY venue named The Treehouse. It will be the first song off a full length album, which is currently in the works. The recording of the album will likely occur throughout the winter, and it would be ideal to have that out by spring/summer 2016. It would also be great to tour in support of the album next year, but we’ll just have to see!

Q: Any parting words?
Thank you so much for the opportunity to do this interview, and thank you to everyone who has supported Bye on its (short) journey thus far!
Brooks Ginnan
*
*
*
Thanks