Dissolve with Brilliant Beast - An Interview 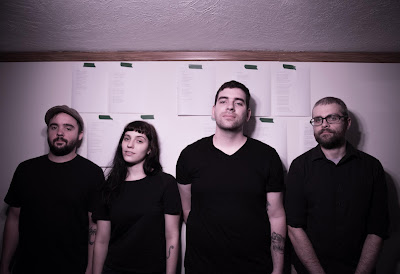 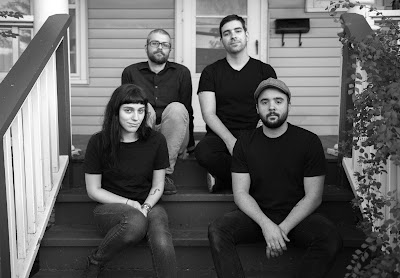 Q. When did Brilliant Beast start? Tell us about the history...
Brilliant Beast started in 2011, but the band has been around, in some form or another, since about 2008. Eric and I were college roommates our first year back in 2005, but our playing together was pretty much doing random mid-day drum and keyboard noise freakouts in our dorm room. Eventually that progressed to fleshing out real songs, and since Hannah and I had been making music together at home for a long time it was only a matter of time before she came into the fold. We went through bass players like Spinal Tap goes through drummers, so when Mark finally came on board in 2011 that’s when things finally felt like we had a real band. We used that time to shed a lot of far-ranging influences and styles to come to where we are now: the 80s punk that I grew up on as a teenager, and the shoegaze that Hannah fell headfirst into.

Q: Who are your influences?
Ride, Jesus and Mary Chain, Yo La Tengo, Sonic Youth, Buzzcocks, Stone Roses, TSOL, Rites of Spring, Fugazi…plus a million other personal ones, but as far as the actual sounds the band makes, that’s a fairly concise list.

Q. Make a list of 5 albums of all time…
Jordan: Billy Bragg “Back to Basics” – Yo La Tengo “Painful” – My Bloody Valentine “Isn’t Anything” – Fugazi “Repeater” – Ride “Smile”

Q. How do you feel playing live?
Terrified to be alive. Drunk and speeding. Living life in sunglasses. It’s a lot of fun. But if the sound mix is off you kinda just want to disappear.

Q. How do you describe Brilliant Beast sounds?
We play a lot with reverb and delay and crunch, but at the heart of it our songs are centered around pop melodies. It ranges from the more rock side of shoegaze (we don’t really do the ambient thing that much) to garage-y punk, but all has a common sonic thread, composition wise. We pair lots of heavy rhythm with the jangly quality of the classic Fender guitar reverb wash, so it’s never too sludgy or grating. Hannah’s lead playing creates lots of unique and complex riffs – she started off playing fiddle music so she has a huge background of incorporating melody and drone – and my lead work, well, I’m a basher so my lines come out really aggressive and angular. It’s a good balance to have.


Q: Tell us about the process of recording the album?
Our new album Dissolve is our first full-length album, so a lot more work went into it than what we had done before. We worked again with Neil Weir, who did our last EP (2013’s Where Do You Want). He’s insanely great to work with, because he’s worked with so many artists that are in a similar vein, he knows how to translate the weird non-musical language we speak in (“this needs to sound more velvety, but like, kinda old worn-out-from-years-of-use velvety, ya know?”). We were exploring some deeper sonic areas on this record, building more atmosphere and utilizing harmonies further than we did on the last record, so we tracked over a three-day holiday weekend this spring. We tracked all the base instruments together, so there’s a lot of bleed that occurs naturally, which is a trait we all really like for the immediacy it provides.

We spent over two months mixing the whole thing, even though it seemed most of that time was just spent playing with the Roland Space Echo on top of vocals, guitars, total mix…this is another area where Neil really was an asset. We’d finish a session, and when we came back for the next with our notes, he would have already tweaked something that completely fixed whatever issue we were having. The studio can be intimidating for a band with a sound that warrants lots of creative sonic landscaping but can’t afford to spend six months figuring out how to chain up five amps in a pattern that eventually creates that “How Soon is Now?” vibrato.

So it was tons of fun. Stressful, extended fun. We came out with a pretty good record, I’d say.

Q. Which new bands do you recommend?
There are so many good bands coming out of the Minneapolis-Saint Paul area right now. Strange Relations make hard-edged feminist diary pop that’s so beautifully unnerving. Pussytoes is a new project from the dude behind the marvelous Flavor Crystals. Other great new bands from here include Pale Spectre doing a great gloomy new wave sound, Livid blistering ear drums with sludgy stoner riffs, and Ego Death are good pals making catchy bummer pop. It’s good stuff all around.

Q: Which bands would you love to make a cover version of?
Ryan Adams’ 1989…I think unexpected arrangements are always more interesting than mimicking the original. I think it could be cool to cover all of Fleetwood Mac’s Rumours or some of the slower Beach Boys jams.

Q: What are your plans for the future?
Probably decide on a new shirt design. Tour more. Get another full length in the can within a couple years. See the country. Make another shirt design.

Q: Any parting words?
Be excellent to each other.
Jordan
*
*
*
Thanks