Never Getting Over It with Alien Boy - An Interview 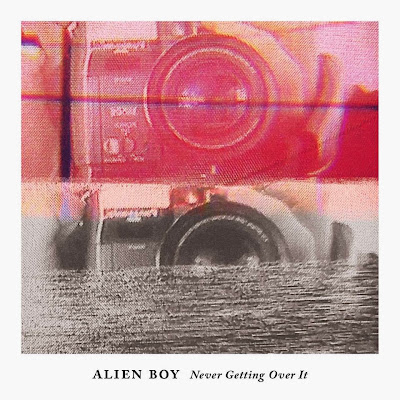 Q. When did Alien Boy started, tell us about the history...
Starting a band with my songs was always an idea I had but I was really terrified of it. Early 2014 I did mushrooms with my best friend and after a couple hours of tripping we decided I should do it because it was so scary to me. That summer I started playing the songs with Derek McNeil and eventually we started making demos and reaching out to more people to play in the full band. We played our first two shows as a two piece in early this year.

Q: Who are your influences?
The Smiths and The Wipers are two huge ones. I love the sounds they make and the pop sensibility is unmatched. I'm really influenced by pop punk song structures, bands like Alkaline Trio, Joyce Manor, Swearin' have been a huge influence on my song writing.

Q. Make a list of 5 albums of all time…
Fuck. There are so many more but some that come to mind are...
Reinventing Axl Rose - Against Me!
The Smiths - The Smiths
Youth in America - The Wipers
Three Cheers for Sweet Revenge - My Chemical Romance and every joyce manor record

Q. How do you feel playing live?
Playing live in this band is way different than it's ever been for me. Usually I don't get nervous at all. With this project I get so nervous I can't look at anyone haha. But it's still really fun!

Q. How do you describe Alien Boy sounds?
I was so obsessed with all my favorite bands that I layered them on top of each other and mushed it all together. I love the tones bands like the wipers and my bloody valentine get but also Johnny Marr clean guitar. I just wanted to see what it would sounds like all together.

Q: Tell us about the process of recording the songs ?
Caleb Misclevitz who now plays in Alien Boy (and our other band Our First Brains) recorded it in the practice room at my work after hours. We worked from 10pm to 5am every Wednesday in January. We did em one at a time, track by track, and took our time to really find sounds that we liked. At that point even though I had all the parts laid out it became very collaborative. The energy was amazing.

Q. Which new bands do you recommended?
As I've mentioned almost an embarrassing amount of times, Joyce Manor if you still consider them to be new. Some of my absolute favorite song writing. I just got super into Mitski, if you haven't heard her you've got to check it out. Mr. Bones is a really great new band from Portland.

Q: Which band would you love to made a cover version of?
We actually have a smiths cover on Never Getting Over It. We cover Hand in Glove, it was so fun! I've been talking recently about covering Deep Sea Diving Suit by the Magnetic Fields. We're also talking about covering Waggy by Blink 182 or Going to Pasalaqua by Green Day because we're nerds. Oh and My Own Worst Enemy by Lit.... we have a lot of ideas.

Q: What´s the plans for future....
We're going to put the record out on cassettes and then we're going to tour california in August! So far that's it. We're working on new songs right now.

Q: Any parting words?
Thanks so much for being into the record and getting in touch!
*
*
*
Thanks