Hole In My Consciousness with The Offering - An Interview 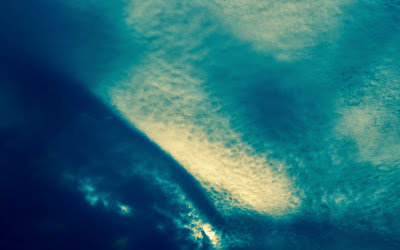 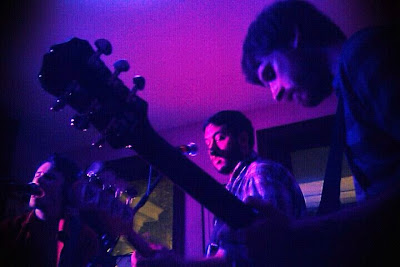 Q. When did The Offering started, tell us about the history...
Andrew: The Offering actually started outside of a small house located in a soy field in Richmond, Virginia back in 2005. Originally, Charles and I were the sole members. It was pretty awesome because playing out there in the middle of nowhere offered some pretty nice acoustics. That sound really lent itself to the feel of a series of emotions that were floating around at the time. We played shows around Virginia for a while and picked up a second guitarist Billy Noom, and Keyboardist
Chris Critzer .We played some more shows then then made our first album with John Fedowitz doing the recording.

We became dysfunctional (Mea Culpa.) when I left for Seattle and the band continued without me and went “deeper into the drug”, so to speak, with a rawer widely psych sound. They added a new guitarist Shane Huffman, a drummer Bryan Shatzer, did a small east coast tour, and broke up.

After a couple of side projects and random songs here and there, the whole thing kind of got shoved into the back of a closet for a few years.

We got back together in 2013 with Paul Baker (Skywave, Ceremony, and recently Static Daydream.) Collaborating on some tracks and eventually another album came together and so... here we are once again.

Charles: Andrew basically covered it, but I also kind of see the band's history not only as a big part in how we've crafted our sound, but also as the evolution of mine and Andrew's relationship as both
friends and musicians. Andrew and I have played music together for nearly as long as we've known each other (since we were about 14 years old). We started a ska/punk band in the early 90s called
Deadfish that eventually turned into a straight up punk band called Pack21, both of which were active in Fredericksburg, Virginia. As members of those bands separated, I started a post-hardcore band with some friends called February Confidential and Andrew came to play with us for a few shows and maybe wrote a song or two with us. Once that died, Andrew and I reconciled in Richmond, Virginia and conceptualized what would soon become The Offering. We moved back to Fredericksburg and started playing shows with our like minded friends in Ceremony, Alcian Blue (now Screen Vinyl Image), and others that had emerged onto the scene. Regardless of all of that, Andrew and I have been through hell together (and often times apart), but we always found a way to
harness our experiences and ideas into a cohesive vision. This latest record, 'Re', is the culmination of all of those years of turmoil, grief, anxiety, excitement, and growth. It is our current state of being, so to speak. Paul Baker has been critical in helping us reimagine our sound, and I'd go as far as to say we couldn't have done any of it without him. We are both really looking forward to Paul's further influence on our songwriting.

Q. How do you feel playing live?
Andrew: Love it

Charles: I love to play live. My ears hate it.


Q. How do you describe The Offering sounds?
Charles: This is kind of a tough question because I feel like we have taken the sound in a variety of different directions. I remember doing an interview a few years ago where they compared our sound to a darker John Hughes film (though it can be argued that many of Hughes' films have their own sort of darkness to them). I responded that I felt like if it's going to be tied to that 80s thing that was kind of surging at the time that I'd compare it more to a Bret Easton Ellis novel. But that's all kind of metaphorical stuff. The truth of it is that we trend towards writing believable songs, with meaningful lyrics and sometimes dark or melancholic themes. That's just what we gravitate to as song writers. I like to think that the music takes on a sort of pop sensibility but with dark and noisy chaotic undertones. After all, that's sort of the state of human nature if you really think about it, a dark uninhibited soul at the root of our being, masked by all of the things our environment and our biology instills in us as necessary components to our survival as a species. Happiness is but an illusion to the ordinary human state, in my opinion. It's just one of many masks we wear so we are able to keep ourselves alive. That's what the Offering is, to me; another one of mine and Andrew's
masks.

Q: Tell us about the process of recording the songs ?
Andrew: Sometimes it’s made in a shed so hot the motor of the box fan we’re using to cool ourselves stalls out. So if some songs make you thirsty for more, you’re probably just thirsty in general by
subliminal suggestion. Other days one of us will crank something out and we all show up at my apartment to model it into something that feels real.

Andrew: All those guys work extremely hard independently with what they put out and have even helped us along the way. They're definitely motivating people. They really stoke the desire to play. Some other bands i like are Eagulls as well as Crocodiles.

Q: Which band would you love to make a cover version of?
Charles: We have messed around with the idea of covering Killing Joke, TSOL, and maybe even the Adolescents. Some old punk rock stuff for sure.

Q: What´s the plans for future....
Andrew: We really hope to make another raw album.

Charles: Our plans are pretty static. Maybe play some shows. Get this new album widely distributed. Perhaps put it out on vinyl, too. That's all we've been focused on.

Q: Any parting words?
Andrew: If you can’t do it today you should always do it tomorrow.

Charles: Get it done today because you might not have tomorrow
*
*
*
Thanks