Theories with Still Dreams - An Interview 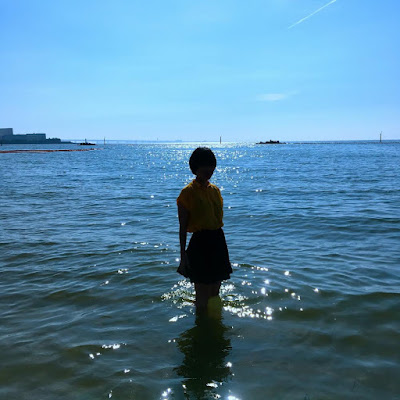 
Q. When did Still Dreams begin? Tell us about the history...
Still Dreams is a duo band and I (Ryuta) make songs and Maaya is in charge of vocals.

In July 2016, I and Maaya married and started to live together.

At that time we started this band because it is a waste for us not to do anything while staying together.

The name "Still Dreams" is quoted from Paul Auster's novel "In the country of last things".

Besides, both of us like to talk about dreams.

We made the music at slow pace and finally released the first album "Theories" in August 2018.

You can listen to it via Spotify and Apple Music and other major streaming services or Bandcamp.

Q: Who are your influences?
Our songs on this album are mainly affected by 80s pops, shoegaze and indie pop.

Our favorite artists are New Order, Scritti Politti and A-HA, with recent bands, Ice Choir, Strange Names and The Perfect Kiss and etc.

However, it is rare to directly refer to specific songs or phrases.

If the reference sound source is too distinct, it may cause confusion for myself, and there is also a possibility that I will be disappointed in the gap between a reference song and my song.

When it comes to stories other than sounds, the view of the world of our lyrics is influenced by Tezuka Osamu's "Hinotori" and Stanislaw Lem's "Solaris".

I like science fiction themes over the passage of a long time.

Q. Make a list of 5 albuns of all time…
That's too difficult question!

All albums have highlights in these while other songs are refined, and the song order is also the best.

Q. How do you feel playing live?
Actually we have never played a live.

When making an album, I was not thinking about doing live, so I have not decided which instrument I will play.

But we are preparing for the live show little by little, I am looking for support members and Maaya is practicing dance.

Q. How do you describe Still Dreams´ sounds?
I think our songs sound cheap and old-fashioned.

However, maybe this music is comfortable for some kind of people.

I hope our songs recall the retro-future we imagined optimally from a certain era (like videogames "Fallout" and "Bioshock").

Q: Tell us about the process of recording the songs ?
I am using Ableton Live for making songs.

First I create the main melody with guitar or piano and then wrap it with rhythm and chords.

Where the song is almost finished, I always have a talk with Maaya about the image of the song and add the lyrics.

Then I send a demo to Maaya and she practices the vocal of the song based on it.

When Mayaa is ready, it is time to record vocals at home.

Because we live in the countryside, we do not go to the studio so much and we make all in our house.

Q. Which new bands do you recommend?
We recommend a band called youthcomics!

He is our friend who lives nearby and he makes lots of wonderful songs.

The lyrics of the song seems to be a viewpoint of God who felt frightened by observing humanity for a long time.

Q: What are your plans for the future?
At this moment our album "Theories" is only digital distributed, but we have a plan for physicalizing it including an unreleased song.

Also, since I am making songs for the next album, I think that we can announce new ones next spring.

Q: Any parting words?
Thank you very much for those who read it.