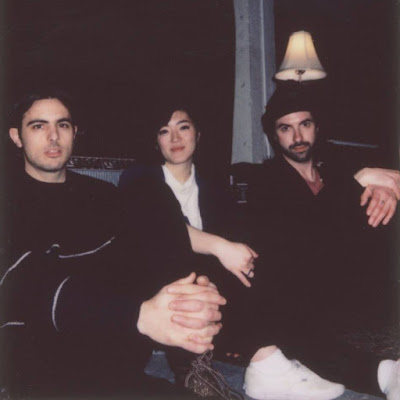 
Q. When did Peel Dream Magazine begin? Tell us about the history...
A: Peel Dream Magazine started as a moniker I wanted to go by about a year and half ago. I had a dream pop project called Cherry Coals that was sort of falling apart, and I wanted to end the project . . . start from scratch. When you want to write music, or make art more generally, there is this overarching question of "what's new", "what isn't being done right now". I was really wrestling with myself over what I wanted to do musically, and one day I had this epiphany one day that I was tired of making Cocteau-esque dream pop. Everyone was trying to do this same thing as I was. It was out of that that I started getting into the more 90s stuff, cleaner and more squarely located on planet earth. I think dream pop focuses a lot on surrealism, hugeness, and concise, pretty melodies. "Let's build a fucked up beautiful world from scratch" With the flip of a switch, it was like I was into the exact opposite things. I started getting really into krautrock stuff, the Velvet Underground, Spacemen 3, Galaxie 500, Stereolab. There was no road map for it, I wanted to go off on my own thing and trust my instincts. What I liked about these bands is that they reflected a different value system, one that does not pull all of the levers of traditional rock music. They all used emotion in a different way, they presented a kind of Brechtian, "meta" version of rock and roll. I like it when people are onto some new shit. Song structure is an example, I love when bands break rules and stop trying to create a cathartic emotional response from listeners. Its a form of tyranny when a song forces listeners to prepare for an epic sing-along chorus, or to "relate" to the singer, or to expect the "perfect guitar solo at the end", etc. I wanted to make some songs with weird vibes, hushed singing, repetitive, uneventful song structures. Its almost designed to make people hate it in certain ways, and that's what I absolutely love about it. Like, use your brain, decide for yourself if it's important. Peel Dream Magazine is pretty much an instant repellant for anyone looking for a traditional, emotional rock band. The specifics of how the band start are probably quite boring to most. A friend, Shaun Durkan, passed my record along to Mike Schulman at Slumberland Records, and by a chance encounter we got to meet for lunch in Oakland during January 2018. That's when we shook on everything. It was before I even had players to play live with, and way before I had booked a show. I guess you could say I lucked out.

Q. How do you feel playing live?
A: I have mixed feelings. I really hate anything vaudevillian--so that element of performing makes me feel a bit like an alien. Just like my music isn't meant to strum the emotional heartstrings in a typical way, our live shows are not fist-pumping events. I don't like talking to audiences or even looking at them much. That being said, there is something instinctual about playing music live for other people. Its a beautiful thing when we get it right. I do love to connect with people, I can be a very social animal.


Q. How do you describe Peel Dream Magazine´s sounds?
I would call it post rock, heavily informed by British indie pop from the 80s and 90s. We use tons of organs . . . a real Farfisa, DX7, a Hammond B3 emulator, a bit of analog monosynth (Arturia Microbrute). We don't really use effects on anything, except for fuzz on guitar. Shoegaze, twee, 60s pop -- these are all elements that are floating around.

Q: Tell us about the process of recording the songs ?
Well, Peel Dream Magazine started as my home studio middle finger to the entire music recording universe. Everything I'd done up until this point had been a stress-filled, expensive failure. Now, I record as I write . . . demos ambiguously turn into actual recording sessions if I like them enough. My studio is part of my girlfriend and I's bedroom. I use fake drums (Kontakt samples) and fidget with them until they sound realistic. I overdub lots of drones, and I do all my guitars through my sm58 microphone.

Q. Which new bands do you recommend?
Hm. Do you mean current bands, or literally new? Sometimes I'm a bit too closed off from new music, which is really sad. It's easier for me to learn about bands live, which I don't do as much as I used to. I'm a huge fan of Baltimore/LA's Wildhoney and Oakland/Brooklyn's Weekend. We played with an indie pop band called Strange Passage that is very much down the same pike of like "old school indie pop". I work with Alexis Georgopolous of Arp and I'm a huge fan of his. I also work with Adam Markiewicz of Dreebs / PC Worship / Lea. His stuff is really cool. Been listening to Hatchie. Tony Molina, Smokescreens. Big Bliss are NY homies, as are Pale Joyride.

Q: Which band would you love to made a cover version of?
Probably no one? I've never really been interested in playing any music other than what I write. I read a funny interview with Robin Guthrie where he talked about how outside of his own songwriting, he completely hates playing music. I guess if I had to pick, it could be fun to do Beatles songs on the piano. Something light, simple, and gorgeous like that.

Q: What are your plans for the future?
Make at least a few more records! Do a bunch of touring. There's still a bunch that I have to get off my chest. We'll see.