Me I My with Whitelands - An Interview 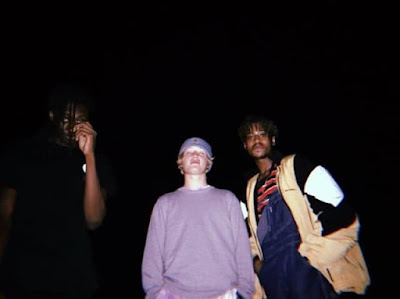 Q. When did Whitelands begin? Tell us about the history...
Whitelands began in 2016 as a small solo project of mine, a friend and I played a small acoustic show for a birthday party around June, I had only been playing the guitar for a few months and was really rough around the edges, to say the least.

For my birthday that year in January, I saw my first ever gig, Beach Slang. It was at scala I never knew rock and roll could be something so inviting and brilliant, I think that when I started to take music seriously from then on, I wanted to one day be on the same stage he was on.

A few months later during my school's exam season, I decided to apply to a gig called first-timers at a venue in London called DIY space for London. I still hadn't really found my voice as a 17-year-old playing music in a genre that isn't common at all for my race, but I wanted to do it out of pure love and respect. I met with Jagun shortly after and we started gigging as a duo, really grateful to have met him he's very talented and gung-ho about gigs and performances which contrasts my own self-depreciation a lot haha.

Q: Who are your influences?
My main influences stem from beach slang, citizen, local natives and hibou. I've always been into the dream-pop/shoegaze genre and really wanted to make my own music in that style. When the band was originally a two piece it was much more rock and roll oriented, you can see that in our song 'something else'.

Q. How do you feel playing live?
Playing live is always scary sometimes like we don't know how an audience is going to be, if they're gonna hate us or anything. Thankfully I'm always wrong and we get some of the most inviting and loveliest people. For Jagun he's very used to playing live so most of the anxiety comes from my end.

Q. How do you describe Whitelands´ sounds?
We are a mix of slow, reverb-drenched lead lines that are contrasted by heavy distorted guitar, and that's the sound I love so that might not change for a while.

Q: Tell us about the process of recording the songs?
For the album and Ep, it was all recorded in Di through a Focusrite using stock plugins, there's not much to say about it other than the fact I'm learning along the way. For the album every song except 'something else ' was done digitally, we couldn't get the band together to record so I just did it at home with logic's drummer software.

Q. Which new bands do you recommend?
The Tuts, Colour me Wednesday, Panic pocket, Charmer, Whitelands (of course), Okay Alright, War is over.

Q: Which band would you love to make a cover version of?
We are actually in the process of making a song for a cover album of a band called modern baseball, but otherwise, we would love to cover local natives.

Q: What are your plans for the future?
Record songs, Gig, and enjoy the music!

Q: Any parting words?
Thanks for interviewing us we really appreciate it, for the audience, listen to us here! https://whitelands.bandcamp.com
*
*
*
Thanks