Unexpectedly with Megumi Acorda - An Interview 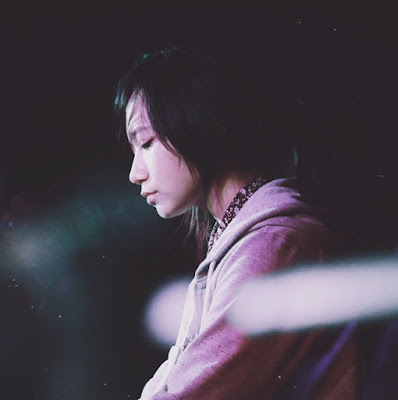 
Q. When did Megumi Acorda begin? Tell us about the history...
I was trying to get in a school that offers a music production course when I recorded and uploaded my first song on Soundcloud. Pop songs are the easiest to work with so I wrote pop songs and recorded pop covers until it was close to the sound I wanted. At the time, I was also playing for a band called The Strange Creatures and saw other bands play. Eventually, I had enough songs to release an EP so I asked some of my favourite musicians to play my songs with me. I wish I used a stage name pretty early on though so I don't have to see my real name around haha

Q: Who are your influences?
Off the top of my head: The Beatles, The Radio Dept., Ride, Carpenters, The Smiths, The Cure, Yuck, Alvvays, Cocteau Twins

Q. Make a list of 5 albums of all time…
In no particular order:
The Magical Mystery Tour by The Beatles,
Lesser Matters by The Radio Dept.,
Nowhere by Ride,
Louder Than Bombs by The Smiths,
Stranger Things by Yuck

Q. How do you feel playing live?
Performing has always been nerve-wracking for me but I'm getting used to it! Since I've only been working with my new bandmates for a few months, there was a need to know them more both professionally and personally to create an environment that's comfortable for everyone because if we're uncomfortable inside the studio by ourselves, it will definitely show when we play live. So far, I think we're getting better every time we perform; as long as everybody's comfortable and we sound amazing, I'm happy!

Q. How do you describe Megumi Acorda´s sounds?
Musically, warm and fuzzy. Kind of like a band-aid hug from someone you love after a really long day; it helps a little bit but you still cry yourself to sleep.

Q: Tell us about the process of recording the songs?
I showed my ideas to RJ, my producer and a good friend of mine, and he helped me throughout the whole process. Recording the individual parts was quick and painless, the mixing part was where I had trouble conveying my thoughts. We scrapped a lot of the mixes which led to those you can hear on Bandcamp now.

Q. Which new bands do you recommend?
Do you mean bands I recently discovered or bands I like who were formed only recently? Can I share local bands I like instead (Manila-based bands): Ciudad, Identikit, Ourselves the Elves, The Geeks, PNZR, The Strangeness, Memory Drawers. Most of them are on Spotify!

Q: Which band would you love to made a cover version of?
I've always loved covering songs by The Cure, live with my other band, The Strange Creatures, or just on Soundcloud!

Q: What are your plans for the future?
Been dreaming of playing my music abroad since I was a kid, so that's part of the list. The ones I'm working on presently are physical copies of the EP, releasing on other platforms besides Bandcamp, and more songs. In a more distant future, maybe a music video.

Q: Any parting words?
Thank you for these questions! I had fun answering them, a much-needed introspection.
*
*
*
Thanks