Run Through The Underground with Pinemoon - An Interview 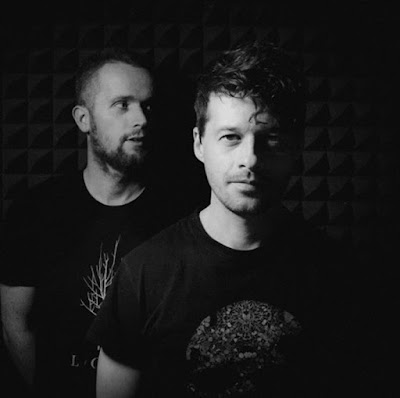 
Q. When did Pinemoon begin? Tell us about the history...
A. The two of us have known each other for 20 years, so in a way it started back then at this boarding school where we would play cover songs by britpop bands like Oasis and Blur. Later we were in a rockband called Campsite for 9 years. Christoffer has had some solo projects as well. But on the side, we’ve met just the two of us and made music in various genres, for the past 5 years. Only the last year have we really tuned in on what is now Pinemoon. And we absolutely love it. Feels like we finally got to where we wanted.

Q: Who are your influences?
A. We have a lot of musical influences individually. Some of the once we both love and are inspired by are bands like Slowdive (obviously), Low and David Brent.

Q. Make a list of 5 albums of all time…
A. Uh, that’s difficult. We have chosen three albums that we can agree has had a huge influence on our musical motivation and has served as a sort of eye opener when it comes to playing music ourselves:
Blur – The great Escape
Smashing Pumkins – Adore
New Order – Get Ready

Q. How do you feel playing live?
A. We still haven’t played live with Pinemoon yet, but we expect it to be great. We have both switched to new instruments compared to what we played in previous bands, so that makes it even more new and exciting for us to come out and play live. So far we have a gig in the fall and we expect an actual tour once we get our coming album out.

Q. How do you describe Pinemoon´s sounds?
A. Pinemoon is dreamy noise rock with a dark and melancholic vibe to it.

Q: Tell us about the process of recording the songs ?
A. For the EP we recorded most of it in a basement with our own equipment by ourselves. For some tracks we invited friends to come and play. Like the Cello, some guitar and some female vocals. At the moment we are working on demos to bring to the studio and record our full length debut ablum.

Q: Which band would you love to do a cover version of?
A. Probably a christmas classic. ”Carol of the Bells” for instance. We could make a cool dark version of that one.

Q: What are your plans for the future?
A. To record a full lenght album before not too long and then hopefully some live shows.