Arrows with The Longcut - An Interview 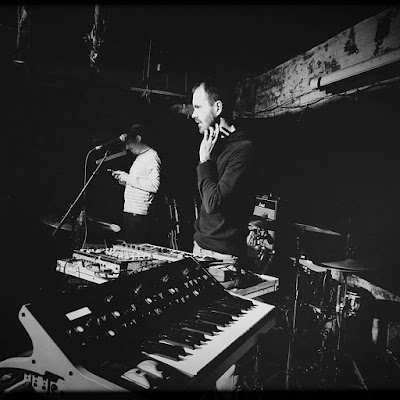 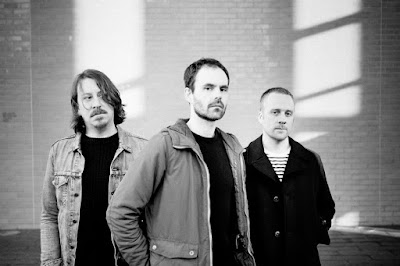 Q. When did The Longcut start? Tell us about the history.
We have a very long history by now but I’ll stick to the early years…we all moved to Manchester as students in 2000, half the reason for coming to Manchester was because of the music scene and the opportunities for meeting like-minded people that you don’t often get in the towns where we came from. I’d met a singer and we’d tried playing covers with a few different guitarists, but we were struggling to find anything that really clicked or felt exciting. After about six months another friend of mine gave me a demo tape of a song Lee had written (Spires from our first album), and I thought it was great, it reminded me a lot of Storm In Heaven era Verve that I’d only recently discovered. Our singer had met Jon around the same time and we rented a room in Ancoats to try playing together. The first time we played through Spires as a band it just came together completely naturally, and we continued to work on new ideas and write our own music from that point. Eventually it became clear that it wasn’t working with our singer and we parted company with the three of us intending to continue as an instrumental band, but we started to experiment more with drum machines and synths and I started to sing in a few brief places, eventually doing more and more until we ended up writing some songs without any live drums at all. It’s strange how something so unusual developed so naturally, but we didn’t stop to think at any point whether what we were doing was ‘correct’ or not, or to care whether people thought it was weird, we were just enjoying writing and playing together.

Q: Who are your influences?
We all came from quite different musical backgrounds, although there’s probably a fair bit of crossover. I grew up listening to more metal/hardcore but had recently started to listen to more nuanced bands like Sonic Youth, Fugazi and Sleater-Kinney, Lee was more into UK bands like Stone Roses and Spiritualized, and Jon listened more to older music, from Neil Young to Led Zep to the Beach Boys (with some Wu Tang thrown in). When we first met we shared a lot of music and our tastes became a lot more broad, some of the albums I remember us all getting into at around the same time were Agaetis Byrjun by Sigur Ros, Dirty by Sonic Youth, Endtroducing by DJ Shadow, Relationship of Command by At The Drive-In and Young Team by Mogwai. We’ve always also shared a love for Oasis and Radiohead. When we first started there were a few Manchester bands playing in the smaller venues that hugely influenced us, bands like The Sonar Yen, Tsuji Giri and Oceansize, who gave us the confidence to try something different.

Q. Make a list of 5 albums of all time.
This is a very subjective question and my answers would change on an almost daily basis, I can't say that these are the ‘best’ albums (there’s a whole history of music that I’d have to exclude) out some of my consistent favourites are (the afore-mentioned):
Relationship of Command by At The Drive In
Come On Die Young by Mogwai,
The Shape Of Punk To Come by Refused,
Ladies and Gentlemen We Are Floating In Space by Spritualized
and OK Computer, naturally.

Q. How do you feel playing live?
It’s incredible, I wish we could do it more often. We practice regularly, but a lot of our songs are quite fast and intricate and we’re not amazing technically, so often we’re teetering on the verge of collapse, which is where it’s really exhilarating. When you manage to make it out the other side into a less tight section of the song in one piece and you can really go for it it’s such a rush, especially when the crowd reflects that tension and release. Over the last few years we’ve been putting some of the new songs in the set to see how they work, and it’s always tricky when you’re playing new songs that people won’t have heard before. Now that Arrows is out and we’ve been getting more comfortable playing the new songs I can’t wait to play them live, along with the old favourites. We have a great balance and we’re really excited about getting into some sweaty venues again.

Q. How do you describe The Longcut sounds?
You could ask twenty different people and get twenty different answers to this question. For anyone that’s never heard us I normally go for the midway point between New Order and Sonic Youth, but obviously there’s a lot more going on than that. To me the new album has a bit more of a psychedelic edge, with the structures being a bit looser and the sounds looping and building the way that they do, a lot of that we take from post-rock and a lot of euphoric dance music. We spent our formative years veering between different clubs in Manchester so I think we’ve absorbed a lot of lessons in how to build intensity in music from a load of different sources.


Q: Tell us about the process of recording the songs?
Each of our three albums has been recorded very differently. Call and Response was recorded in very high end studios with an amazing producer (Johnny Dollar), Open Hearts was recorded in our practice room in Salford with our good friend David Jones from Nine Black Alps producing and mixing, and Arrows really had a very long and complex recording process, with most being done by ourselves in snatches where we could. A lot of the songs are built up from the original demos, and it’s not always clear where the demos end and the final versions begin. We’d recorded and mixed a first attempt at the album ourselves in 2012, but this was (rightfully, in retrospect) rejected by the record label. About half of the songs ended up on Arrows, but at the time they were underdeveloped and our inexperience in recording/mixing was a bit too obvious. Over the next few years we continued to write and record where we could until we had what we thought was a good enough collection of songs, and luckily at that point our old live sound engineer Chris Snow managed to bag us some free studio space and offered to spend a week recording drums for us, which kicked off the final batch of recordings. We recorded a few more guitars and vocals at Jon’s house (often fuelled by whisky and with very understanding neighbours) but we realised that we would need someone else to mix it. We’ve known Tom Knott from the Earlies for a few years and he’d previously co-produced some B-sides and sessions. We sent him Deathmask to try out as it was the song we’d always struggled most to get right, and the first mix that came back just sounded immense. After that it was such an easy process, he just made everything sound great. The final flourish was the trumpet that he added to Popic - we’d recorded some rudimental brass emulator on the final section but he’s a trumpet player himself and he added his own arrangement, which just completely blew us away.

Q. Which new bands do you recommend?
Unfortunately we don’t get the chances to see as many new bands these days, but we always like to recommend our friend’s band Claw The Thin Ice, who just write fantastic songs and are a lot of fun live. Their new album Wanderlust Of Venus is out soon (https://clawthethinice.bandcamp.com/), well worth a listen. Kagoul from Nottingham are a great young band making some very interesting guitar music. Through trying to book Glasgow gigs I’ve also recently discovered a Scottish band called A Sudden Burst Of Colour, who deal in a very muscular brand of post-rock. Another band I’ve recently really got into, who actually broke up a few years ago, are Low Low Low La La La Love Love Love, two brothers from Buxton who made very heartfelt folk music backed with walls of feedback and saturated drums. Bliss.

Q: Which band would you love to made a cover version of?
We have some vague plans for recording a few covers in the near future, to clear the slate a bit before we start working properly on new songs. Some popular songs, some very obscure, a few surprises, keep an eye out. A few years ago we recorded a cover of John Cooper Clarke’s New Assassin, for a tribute album that never ended up happening. I love and and it’s never been released properly, but it’s available as a free download on our website.

Q: What are your plans for the future?
At the moment it’s very open, we have a few gigs lined up in late April/early May but no concrete plans following that, we’ll see how the album does and what we can afford to do but hopefully some more shows and festivals later in the year. We don’t want to spend another nine years making a new album, we have some good ideas that we’ll start to pull together. I’m hoping we can surprise some people with the new material, it’s taken us a bit by surprise at how different it is from the Arrows material.

Q: Any parting words?
Just to say thanks to everyone who has stuck by us for all the years that we’ve been struggling to finish this album, and given us the encouragement to keep going even when it seemed like there was very little chance of it ever seeing the light of day. We hope it was worth the wait!
*
*
*
Thanks