The Rhythm Of Ooze with Pretty Lightning - An Interview 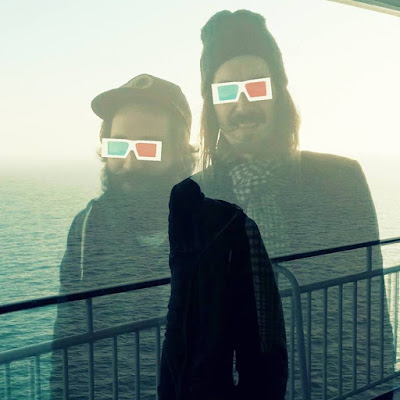 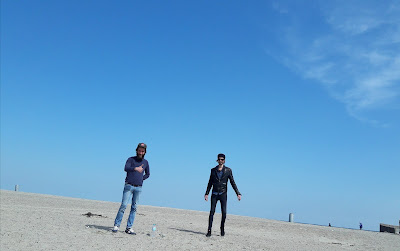 Q. When did Pretty Lightning start? Tell us about the history...
A: It was quite a time ago when we began playing together, sometime in the mid 2000s...
We both really started from scratch at that point and that way we´ve "learned" our instruments in some kind of mutual process, I guess. Actually we´re bad musicians, I mean at least technically, but somehow in the same way. Our limited skills make a good fit. But we´re still practising btw, I promise ;)

We´d been playing together for some years before we recorded our first real record in 2011, that was some kind of a beginning.

Q: Who are your influences?
A: There are a lot for sure. I guess the crucial point is that our musical tastes and preferences have always been very close. We always (mostly) agree when it comes to descisions, so no matter where it´s going to lead us, both of us will be fine with it. I suppose.

Q. How do you feel playing live?
A: Great when all is fine. Awful when it´s not.

Q. How do you describe Pretty Lightning´s sounds?
A: This is best left for others to do. Thanks in advance.


Q: Tell us about the process of recording the songs ?
A: We´ve always did that by ourselves, at least the recording itself. That way we have plenty of time to experiment and to try things we possibly wouldn´t do in a professional studio session where the clocks are ticking. Fortunately we now have a spacious rehearsal room which is quite suitable for the sounds we´re trying to achieve. Most of the songs are live sessions, but during the recordings for The Rhythm Of Ooze we tried some reamping for the the first time. It gave us the possibility of gaining more of the natural room and space, which was really impressive and surprising in some cases. And it´s always funny and interesting to experiment with things like opened doors to loooong corridors of stone, where mics were placed on different spots etc. As our room is next to others, we have to record everything during the night time, when no one else is around in this huge building. Recording time
means night shift, which can also be adventurous if you´re not used to it.

Q. Which new bands do you recommend?
A: 75 Dollar Bill, Moths and Locusts, Yagow, and the belgian minimal-lofi-synth-sample-drone magicians like Bear Bones Lay Low, Orphan Fairytale, DSR Lines etc. (KRAAK, Aguirre Rec. stuff). These are all not necessarily new, but either new to us or maybe new to others.

Q: Which band would you love to made a cover version of?
A: We´ve never seriously tried to do that. Making a good cover is such a hard task, we´d better leave that well alone. Even though covering The Shaggs My Pal Foot could be fun!

Q: What are your plans for the future?
A: Keep going, together we persevere.

Q: Any parting words?
A: Thanks for your questions!
*
*
*
Thanks