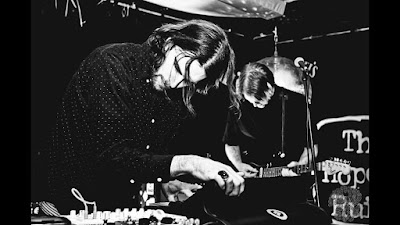 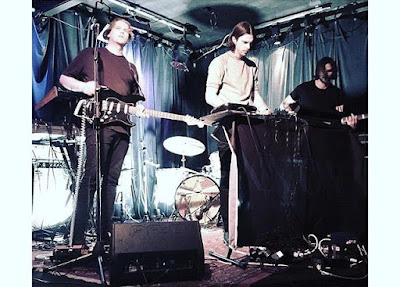 Q. When did NONN begin? Tell us about the history...
It began back in 2015. I moved down to Stockholm for a while. And rented an apartment with a small studio in it. There I worked on sounds without any plans on a new project or album. But by the time I moved out I had pretty much everything done on what become NONNs debut album. But it took until spring 2017 before anyone heard it.

Q: Who are your influences?
Don't know really it can come from wherever. But mostly it's from all the talented and creative people around me. When you see or hear people make great thing that gets me inspired to make thing on my own.

Q. Make a list of 5 albums of all time…
Thats a hard one, lets make a list of album we in the band listen to at the moment:

Q. How do you feel playing live?
At first I never thought I would play live with this project. But when I got great people joining me, Hannes Nyling and my brother Alexander, then it felt good. They are so talented so they made it easy for me. Now I really like it, and I love to travel, so that great!


Q. How would you describe NONN sounds?
I say its quite dark but still melodic. It's all about a feeling. We are all listening to so uch different type of music, and no one listen to the kind of music we end up making really. We just trying do make something that feels new and interesting to us, its all really spontanius.

Q: Tell us about the process of recording the songs ?
As I said its spontanius, for the first record I was alone, just trying to find a sound that feelt interesting to me. I had no idea of what I was doing, and that was a very fun process. For this new album we are making now, we are the 3 of us. And it usually starts with an idea for a beat, when that is set you kind of fast get a feeling on where the song needs to go.

I like to write as we go, build the song bit by bit. When it feels right, then it is a fast process.

Q. Which new bands do you recommend?
I don't listen to that much music. But I can recommend my friends great bands: Medistation, Lejonsläktet, Vulture Vulture, Dead Vibrations

Q: Which band would you love to made a cover version of?
Oh I have no idea. We are playing this The Cure night soon, thats the first cover we will ever do.

Q: What are your plans for the future?
We are finishing up our second album right now. Then we are touring again this fall.