Kate Blanchett with Crystales - An Interview 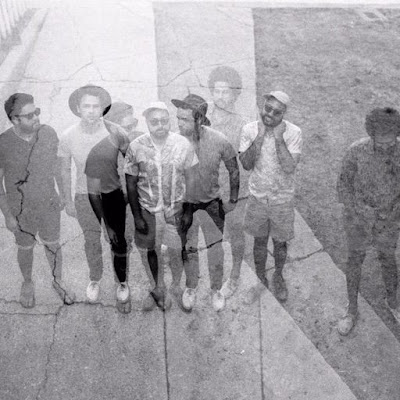 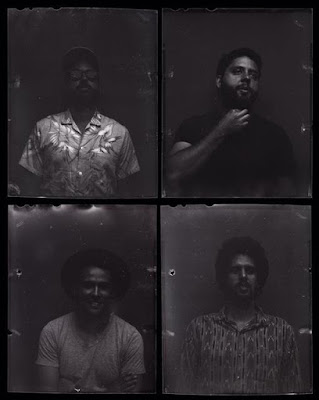 Q. When did Crystales start? Tell us about the history...
A: We've been playing together for most of our lives. We're made up of two brothers (Nick, guitar and backup vocals, and Billy, guitars), our cousin (Tony, bass) and our neighbor growing up (Jason, drums and lead vocals). So we've been playing together since pretty much as soon as we all learned how to play something, since our teenage years. It was never that serious in the beginning, people went away to school and whatnot. Later, we went through a few iterations before settling on Crystales and honing the sound to what it is today.

Q: Who are your influences?
A: We have lots of them! You might have gathered we like a lot of shoegaze and dream pop groups like My Blood Valentine, the Cocteau Twins, Jesus & Mary Chain, Ride and Slowdive, but also other artists of that era — Stone Roses, The Smiths, The Cure, Prince, R.E.M., New Order, Orange Juice, Madonna, The Vaselines. We grew up on oldies radio, so that's in there, the Beach Boys, Neil Young, Nina Simone, Stevie Wonder, The Supremes and all the Phil Spector stuff, and classic alternative rock like the Pixies and Smashing Pumpkins. We're also mostly Cuban, and we try to call to mind a bit of Latin and Brazilian music without being super overt about it, artists like Buena Vista Social Club, Os Mutantes, Trio Los Panchos, Caetano Veloso, the list goes on...

Q. Make a list of 5 albuns of all time…
A: This is really hard. I'll think of ones we can probably all agree on:
The Velvet Underground & Nico,
Beach Boys' "Pet Sounds,"
Television's "Marquee Moon,"
My Bloody Valentine's "Loveless"
and Big Star's "#1 Record/Radio City" (technically two albums, but oh well).

Q. How do you feel playing live?
A: I feel like we kind of zone out. It's sort of over before we know it. We love playing live and although it's sometimes a challenge to get across that combination of texture and rawness that we seek to achieve, we've gotten better by thinking about it a little less and letting it happen.

Q. How do you describe Crystales´ sounds?
A: Probably like that — a mixture of texture, melody and raw noise. One thing we always loved about Sonic Youth was their ability to explore and leave in mistakes and perceived excess that might be trimmed away by other bands. I think you kind of collect that stuff and learn to use it as decoration for the songs, so you might hear a slightly out of tune guitar, off note or feedback underneath everything that gives it some depth and feeling. We love layering guitars and adding synths when it makes sense but making sure everything is serving the song. So I don't know if that answers your question, sometimes less is more, sometimes more is more!


Q: Tell us about the process of recording the songs ?
A: Most of the time, it's very straightforward. The songs are written ahead of time, and we've usually edited them down to where we want them by the time we record. Other times, we wait to really figure it out in the studio. Songs like "Donkey" and "Honora" have a lot of layered parts that we sort of did on the spot to allow for some improvisation. You can hear me hitting Nick's guitar with a spoon at some point. Then "Agrias" was written ahead of time, but we had no idea really how we were gonna record it. We just laid down a basic acoustic track and then threw stuff at it till it was where we wanted it — guitar ambient effects, jingling house keys, some bongos Joel Jerome played. All of those sounded like bad ideas on paper, but we were really happy with the way it came out!

Q: Which band would you love to made a cover version of?
A: We've never landed on a good cover where we felt like we could bring something new to it. We often play "Everybody Wants to Rule the World" by Tears for Fears in practice because it's so good, but it's maybe too obvious a song to play live and we don't do it well enough! We have done two full-cover live shows though where we covered all Big Star or all Smashing Pumpkins songs, that was a lot of fun. I think stripping down and roughing up some sort of new wave hit might work well for us.

Q: What are your plans for the future?
A: We really just want to record more. We love playing live, but on record I think is where we come through best. We already have a lot of new songs in various stages of readiness, I think we could record another album as soon as late this year or early next year. We'd still love to tour. It's a bit tough; two of our members have babies. Maybe one day we'll come to Brazil! That would be a dream.

Q: Any parting words?
A: Thank you for listening and for the kind words. Nós amamos todos vocês! (I hope that's right.)
*
*
*
Thanks