Unnatural Objects and Their Humans with David Boring - An Interview 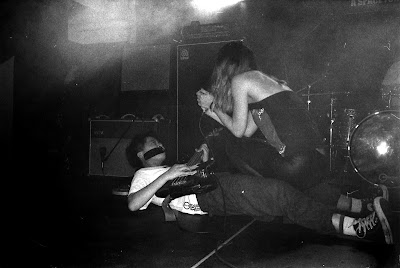 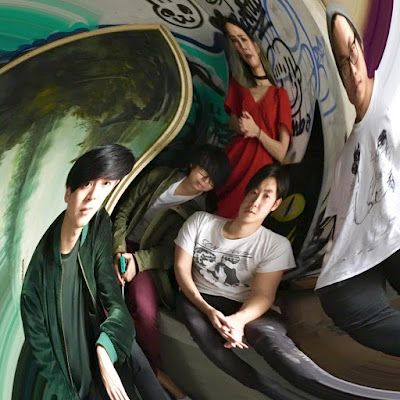 Q. When did David Boring start? Tell us about the history...
1. DB was formed in 2013, when most of us were still in college. We were in the same school and would meet and jam in the university band room once every week or two. We had another vocalist back then, and early influences were shoegaze and post punk. But it was only when Laujan joined in 2014 as the new vocalist that really sparked fire among us, where she brought in No Wave and Punk as influences, prompting the band to dig deeper both sonically and conceptually. We would spend hours jamming and arguing, experimenting with more complex song structures, and Laujan would challenge us with crazy theories and ideas that would later become the premise of the band's philosophy and aesthetics.

Q. How do you feel playing live?
4. We stubbornly believe in not performing for performances’ sake and usually just let our music carry us to whatever places, often things can get quite very emotional and occasional violent. It is often a mix of anxiety, rage, claustrophobia and hopelessness; they do amazing things to you if you just let these emotions wash over you.

Q: Tell us about the process of recording the songs ?
6. It was a painful but rewarding process. We worked painstakingly on every single detail of the album, it took us a year from start to finish. We are all extremely difficult people and it was not a relaxing process working closely and intensely together. We were harsh on ourselves and each other, in retrospect we realized it was necessary to create everything we have now.

Q: Which band would you love to made a cover version of?
8. Snapline, An Id signal

Q: What are your plans for the future?
9. Preparing for the album had been the top priority for all of us the past year. We still have the upcoming album release gig, and after that, finally getting some rest… The band will be going to Barcelona for Primavera Sound Festival as a post-album release treat, haha. We will also be going on a tour in China later this year.

Q: Any parting words?
10. Get our album if you can, it plays a crucial part in telling the full story.
*
*
*
Thanks