Decay with Glass Arcades - An Interview 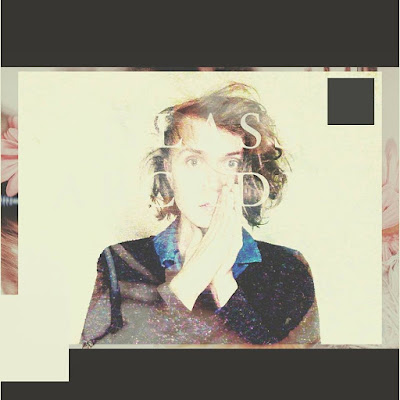 
Q: When did Glass Arcades start? Tell us about the history...


A: It never really properly ‘started’ as much as I just had some songs ready for release and needed a name to placate the whole thing with. I reckon most people tend to assume that it’s a band or a collective of some sort but in reality it’s just me, alone, under the thinly veiled guise of being something a wee bit more than just some bedroom solo recording project. It’s been very much a zero budget, completely DIY affair so far — can’t say much for the future.

I’ve been releasing things for a (very) slowly growing audience for about a year and a half now. There’s that old cliché people repeat about the Velvet Underground that only a thousand people ever bought their records but each and every one of them started a band of them own, and similarly, I feel like I’ve now reached the point where only about 150 people have ever listened to Glass Arcades but every one of them posted about it on their extremely genre-specific post-post-post-twee-shoegaze-dreampop blog. I haven’t really done any advertising or anything so I suppose they’re just the only sort of people who care enough to scour through all the thousands of new obscure releases available.

Q: Who are your influences?
A: I’d love to just be able to list a million obscure folk records from the 60s or something but I must admit that most things that I’m influenced by tend to just sound quite a bit like the music that I make. A lot of the bands that I love have themselves been accused of sounding ‘derivative’ or whatever… and I’m perfectly happy to embrace that!

Quite a bit of 80s indiepop: C86, Sarah Records (esp. Another Sunny Day and Secret Shine), Television Personalities, The Pastels; all manner of things uglily labelled ‘shoegazing’; Teenage Fanclub, The Smiths, The Cure, Mary Chain, AR Kane, Dinosaur Jr, New Order, Pet Shop Boys, Pulp, a bit of cheesy 70s glam rock, some trip-hop and ambient. All in all I feel like it’s really quite a limited scope of things that I ever get that excited about, and obviously I’m a bit stuck in 1991 by the look of things.

Q: How do you feel playing live?
A: So far Glass Arcades has been a strictly studio-based thing so I’m not sure if I can answer that… but if you happen to live near Cardiff and feel like you’d be the best possible drummer/bassist/keyboardist/tambourinist/Bez in the so-far-non-existent Glass Arcades live band, do feel free to contact me!

Q: Tell us about the process of recording the songs ?
A: I’ve no musical or technical education whatsoever so I’ve basically just learnt to layer and twist and arrange sounds on top of each other until they start sounding good enough. There’s lots of trial and error involved and it can be quite a labouring process, especially unless you’re the sort of person who enjoys spending a whole warm summer’s day working on a 90-second-long song that you never plan on releasing. (I am.) Probably at least 95 per cent of the stuff I record never ends up being heard by anyone else but myself.

The one exception to that is the first Glass Arcades release, ‘nov 02’, which was just a bit of an experiment with how fast I could come up with an EP worth of new music — I think it took me about 18 hours to write, arrange, record and mix six songs which is something I was quite proud of at the time, seeing as how I usually tend to just leave things to wait for half a year or so before doing anything concrete with them. There’s this one song on the next (still totally secret, for the time being!) EP/mini-LP that I wrote when I was fifteen or sixteen, I think — weirdly enough it just seemed to fit quite well amongst all these things that I’d recorded five years afterwards.

Q: Which new bands do you recommend?
A: 1) From London (via Humberside, as they like to make it clear) there’s the ever so brilliant Night Flowers, who I’m in constant awe of — they’re probably also sonically the closest to Glass Arcades out of all the newish bands I can think of. 2) Then there’s this band from Gothenburg called Agent Blå who are apparently all 16-year-olds or something, and again, I’m insanely envious of the stuff they come up with. 3) The best live band I’ve witnessed in about a year would be another Swedish one called Tussilago — they somehow managed to encapsulate every single thing I’ve ever loved musically into one 45-minute live set. On top of that: Lost Film, The Goon Sax, Pure Morning, Moon Loves Honey, Beverly, Retro Candy Mecca, and (even though they’re not really ‘new’ — merely criminally underrated) Evans The Death.

Q: Which band would you love to made a cover version of?
A: There’s quite a few songs that I’ve always wanted to cover in some form or other — the first one I can think of is ‘Just the Same’ by The June Brides, which I think is just the three-minute pop song perfected — there’s nothing I’d change but I’d love to record an (almost) note-to-note cover of it. I’ve also dreamt of covering the entire Sarah Records compilation album ‘Glass Arcade’, which is where this whole thing got its name from…

Q: What are your plans for the future?
A: I’ve got a few hours worth of songs lined up for future releases and it’s just a matter of how and when but there should hopefully be something coming out in the next couple of months — you read it here first! (Also the complete and utter destruction of lad culture, the Church of England and global capitalism.)


A: Please buy my records but if you can’t afford to just download them for free on bandcamp… or at least leave them playing overnight on your streaming service of choice. Brush your teeth twice a day. Don’t vote Tory. Be kind to waiters and shop assistants. Call your grandparents once in a while. The world will end on 29 April 2049. Cheers, thanks, see ya, bye, ta-ra!
*
*
*
Thanks