Sunny Side Down with Mark Crozer and The Rels - An Interview 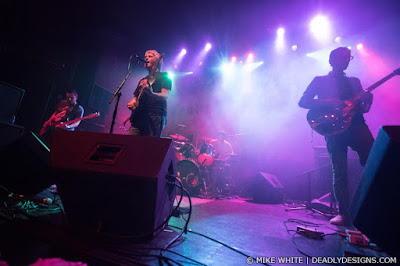 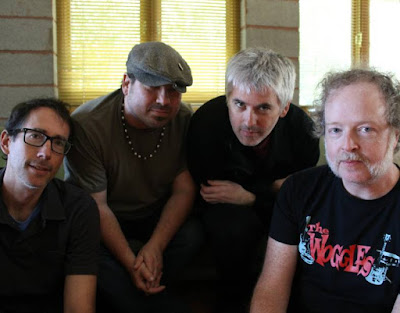 Q. When did Mark Crozer And The Rels start? Tell us about the history...
I moved to Charlotte, North Carolina in 2011 and the band got together in January 2012. It's a bit of a revolving cast of players though all are southern gentlemen of the highest musical pedigree. They are also lovely people who won't smash up the furniture or soil the carpets. We've never argued once about anything which is quite extraordinary really.

Q: Who are your influences?
Oh lord. Too many to list though at the top of the very long list would be The Beatles and at the bottom would be the severed head of Simon Cowell.

Q. How do you feel playing live?
Great! The band is killer live. We have a lot of fun whenever we play. It's always an adventure. Even when it involves getting electrocuted on stage at Bar Matchless in Brooklyn. I lost my voice for three days afterwards. We opened up for my other band recently and were received with open arms and ears.

Q. How do you describe Mark Crozer And The Rels sounds?
That's your job isn't it? Ha ha. Um... It's like a brandy-soaked plum pudding aged for five years and gently dusted with icing sugar. Or perhaps Teenage Fanclub meets Elliott Smith at a Monkees convention.


Q: Tell us about the process of recording the songs ?
We went to Mitch Easter's wonderful Fidelitorium studio in Kernersville, NC where we set up and played live and recorded it. Then we overdubbed a few bits here and there, added vocals and... Hey Presto It Was Done. The whole record was recorded in five days. It was the easiest and most enjoyable recording experience I've ever been involved in. Aside from the moment when we were almost flattened by a falling tree.

Q. Which new bands do you recommend?
New bands... I'm not much of an expert in that area but in the last few years I've enjoyed records by Alvvays, Temples, Wussy (who are the best band around right now.) I'm excited to hear The Cobbs aka Ty Cobb aka Mad Action open for the Mary Chain soon. They recorded a great record recently though I don't know if it ever got released.

Q: Which band would you love to make a cover version of?
Well I've already covered songs by The Beatles, The Cure, New Order and Abba. But maybe Pleasant Valley Sunday by The Monkees. It would be hard to better the Wedding Present's cover though.

Q: What are your plans for the future?
I plan to stay alive for as long as possible and write another hit record even more popular than Broken Out In Love. Then maybe I'll be able to retire to The Cotswolds and start a business making vegan cheese.

Q: Any parting words?
Buy my records you bastards.
*
*
*
Thanks