The Bells of Baton Rouge with Waveless - An Interview 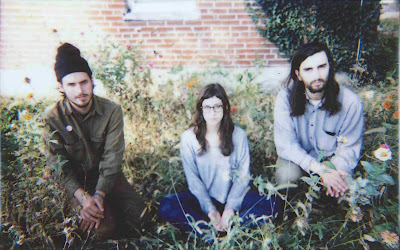 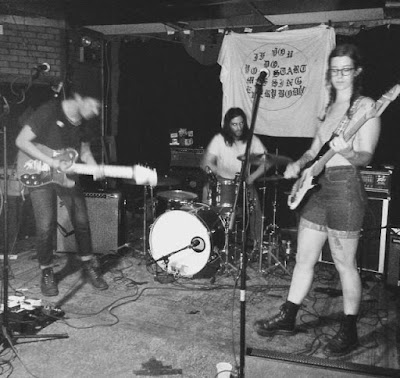 Q. When did Waveless start? Tell us about the history...
Waveless started out sometime in 2014. We had toured together and released a few albums as a hardcore punk band for a few years prior. After that project disbanded, we were ready to focus more on melody and to experiment with song structure. And that’s where Waveless came into being.

Since then, we have been touring regularly. We have self-released two tapes and have had records pressed on Deranged Records from Vancouver and on Joyful Noise from Indiana. We also have another full length record coming out later this summer and plan touring extensively on it.

Q. Make a list of 5 albums of all time…
Okay so, I changed this list to six albums to give each member two albums to choose, they are ///

Q. How do you feel playing live?
We usually feel nervous before playing, but we try to use that energy to reach a point of feeling high, to feel that euphoria. We play real loud to let the feedback help take us there.

Q. How do you describe Waveless sounds?
A lot of people describe us as a shoe-gaze band but we have never really thought of ourselves that way.

We started as a meditation on the sound we were making as a hardcore punk band. Stretching out the sounds and slowing them down / finding and experimenting with the melodies that were floating around in the layers of feedback that were happening.


Q: Tell us about the process of recording the songs?
We always try to record our songs live onto tape. We record vocals afterwards and try to keep overdubs to a minimum.

Our latest album was recorded with our friends Jessee Rose Crane and Philip Lesicko in rural Illinois, at their home studio “RoseRaft”. It’s a converted funeral home where they have artist residencies and a recording studio. Waking up each day at the studio gave us a freedom and focus on our music that we haven’t had before. The beautiful landscape and rural atmosphere also gave us a patience while recording that we haven’t had before. We hope to keep working this way, we hope they will have us back.

Q: Which band would you love to made a cover version of?
We’ve covered “you don’t know how it feels” by Tom Petty

We love the song “fearless” by pink Floyd and hopefully will learn it soon.

Q: What are your plans for the future?
Late August we will be going on a mid-west tour of the US with our friends “The Funs”.

We also will be touring the rest of the US and Europe with the release of our next record.

Playing music together has given us the opportunity to see places we never thought we would and make friends all over the world. We hope we have the privilege to keep doing this for as long as we can, seeing more places and meeting more people.

Q: Any parting words?
Let Peace Forever Hold Her Way Over The Earth
*
*
*
Thanks