No Sun with Workhorse - An Interview 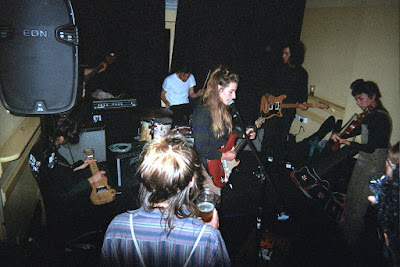 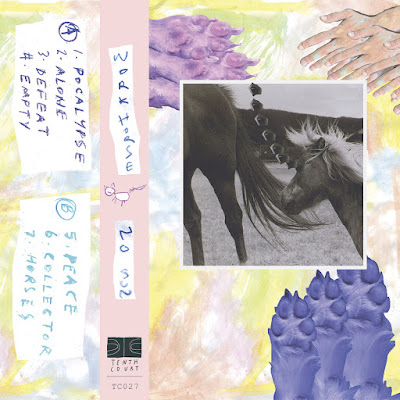 Q. When did Workhorse start? Tell us about the history...
-I checked the internet today and apparently Workhorse started almost a year ago! Which seems unbelievable. I think as soon as we had our first band practise I booked us a show as a way of forcing us to play. We haven't played a whole lot since then and I feel like we are still our place, but it's been lots of fun so far.

Q: Who are your influences?
- We all have very different influences and probably some very similar ones too. I think we all have common ties in country music, for myself it's some classic Americana or folk like Townes Van Zandt, Gene Clark Lucinda Williams and Emmylou. And big ones for me are other powerful female muso's like PJ Harvey, Patti Smith and Cat Power. I'm also going through a big The Cranberries revival.

Q. Make a list of 5 albuns of all time…
That's very difficult.
In no particular order and with lots of room to move - but most consistently it might go something like this....

Q. How do you feel playing live?
-Very weird. Confused. Happy. Nervous. Proud and grateful to my band mates and friends.

Q. How do you describe Workhorse sounds?
-I'm not very good at genres but it has been helpful hearing other peoples perspectives. We have so far been referred to as things like 'alt-country' and 'dream-blues'...somebody called it Americana which seems funny because we are Australiana but influenced by, sure. I myself would describe it as 'music that we made.'

Our drummer Liam came over with a 4-track cassette and we played the songs, and now that's how they go! Then I reluctantly chose some words to accompany, and our friend Patrick Lockwood helped us record the vocals in a big old church with nice natural reverb.

Q: Which band would you love to made a cover version of?
-We were thinking about trying a Shocking Blue cover, maybe the song Mighty Joe.

Q: What are your plans for the future?
-We'll be doing a small Australian tour in the next month or so to launch this cassette tape, and then who knows! Hopefully keep playing music together in one shape or form. I was just thinking I'd love to get back out to America where I've recorded with another band called Wireheads twice now, and maybe test out the big studio thing by myself. You know. Play with all the fun instruments.
*
*
*
Thanks