Heaven Knows Magnolia with By The Sea - An Interview 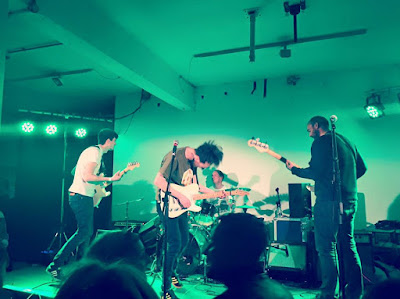 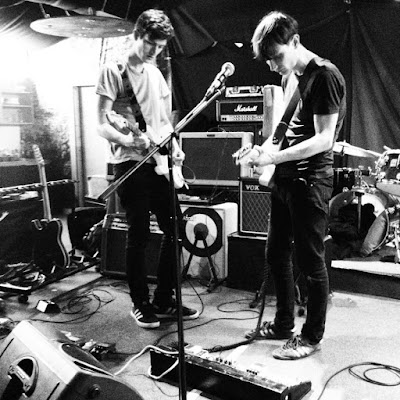 Q. When did By The Sea start? Tell us about the history...
A: About 5-6 years ago, me and my mate Ste started playing Townes Van Zandt style tunes on acoustics, we gradually got more electric and it went from there.

Q: Who are your influences?
A: The Beach Boys, Pale Fountains, Gorky's Zygotic Mynci, SFA

Q. Make a list of 5 albuns of all time…
A: In no particular order,
Pet Sounds (Beach Boys),
How I Long (Gorky's Zygotic Mynci),
Ocean Rain (Echo and the Bunnymen),
Black Saint and the Sinner Lady (Mingus),
Ziggy Stardust...(Bowie).

Q. How do you feel playing live?
A: I enjoy playing live, but i've never liked fronting a band, or singing live for that matter, its always made me feel totally uneasy and nervous. I'm happiest at the side of a stage with just a guitar, amp and a few pedals.

Q. How do you describe By The Sea sounds?
A: I've always liked to try and convey a sense of ethereality, something dreamlike, I'm not sure I've achieved that, but its how the songs play out in my mind!


Q: Tell us about the process of recording the songs ?
A: Normally its just down to doing simple bedroom demos, i always start off with an instrumental track and then add vocal melodies and lyrics afterward. I never normally write on an acoustic either, i like to just jump straight on to the computer, put some thoughtless drum beats down and kind of wing it from there so there's always slight spontaneity to it.

Q. Which new bands do you recommend?
A: Skeleton Key Records in Liverpool are putting out some really good new artists, Sundowners, She Drew The Gun etc. AGP, RONGORONGO and Minnetonka on War Room Records are all pretty special too.

Q: Which band would you love to made a cover version of?
A: Id love to be able to do justice to 'Thankyou' by the Pale Fountains, but aside from lacking the capability, its pretty un-inimitable!

Q: What are your plans for the future?
A: Ill mostly be playing guitar on the road for Bill Ryder-Jones this year, he's one of my best friends and i love playing his stuff. I've got a few new songs in the pipeline with my mate Minnetonka which will hopefully see a release this year too. After that ill probably knuckle down and finish album no.3.

Q: Any parting words?
A: Be nice to each other, only get revenge if you can get away with it and lets all pray teleportation is invented so we no longer have to travel long distances.
*
*
*
Thanks