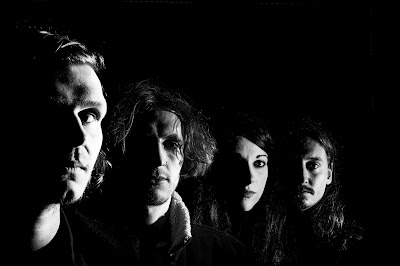 Photo by Shoot by Stan 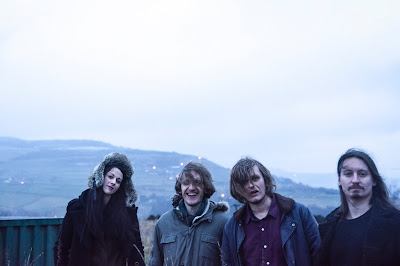 Photo by Shoot by Stan

Q. When did Post War Glamour Girls start? Tell us about the history...
We started in late 2010 and played our first gig in January 2011, since then we’ve done the same, which has meant keep writing, keep recording and keep playing live. We’ve had peaks and troughs regarding critical, commercial and personal success, but nothing has deterred us from continuing to be the band we always knew we were.

Q: Who are your influences?
It’s always varied but The Pixies were a big one for us starting out. Cocteau Twins and The Birthday Party too... we probably should’ve been signed to 4AD! In recent years mostly hip hop and folk-rock, MF DOOM, Nas, Patti Smith, Lee Hazlewood, Neil Young. Also Broadcast, Wild Beasts and The Flaming Lips...

How do you feel playing live?
On a good day, it’s the best feeling in the world, you get lost in it all.


Q: Tell us about the process of recording the songs ?
It’s like making a good stew. It’s comforting, but you have to start with good stock. We get the heart n soul down first and that all goes in at the same time, you have to have the right ingredients before you start cooking or it won’t work. Once the key ingredients are sizzling, the fun begins. The seasoning. Overdubs and mixing will make a good song better or ruin it, you have to get the balance just right. Frequency chefs shaking the salt n pepper pots left and right.

Q. Which new bands do you recommend?
Cattle from Leeds and Mi Mye from Wakefield.

Q: Which band would you love to made a cover version of?
In our time we’ve covered songs by Robert Palmer, Leonard Cohen, Elvis Costello, David Bowie, Bikini Kill and songs from the soundtrack of the original Wickerman film starring Christopher Lee, if we could cover anyone else... I’d like to do ‘Echo’s Answer’ by Broadcast or a Nancy Sinatra tune.

Q: What are your plans for the future?
Tour Brazil?

Q: Any parting words?
Peace, Love, Understanding. Never take yourself to seriously and always look after each other, especially those in need. Never idolize artists and always hold them to account.
*
*
*
Thanks