Shutting Down with Tombstones In Their Eyes - An Interview 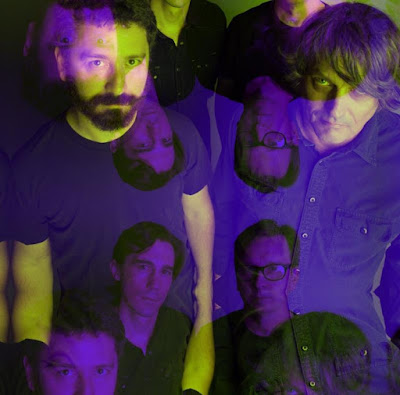 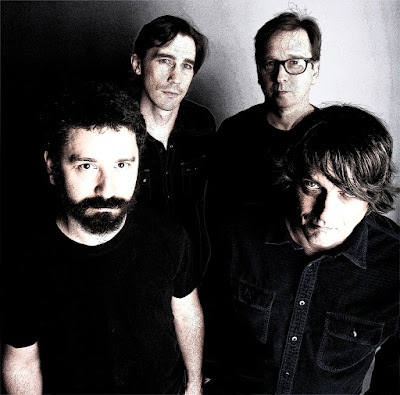 Q. When did Tombstones In Their Eyes start? Tell us about the history...
It's a strange beginning, since it goes back to childhood. James Cooper and I were friends in San Diego when we were kids. After we turned 18, I moved back to Los Angeles and we lost touch. We both lived lives centered around rock and roll, punk rock, and debauchery. Many years later, after we both had cleaned up and became semi-responsible adults, we were re-introduced. James was living in New York and I was in Los Angeles. We decided to try to write some songs together using Garageband and Dropbox. The first song was not that great, but it showed us that we could do it and have fun. The songs started to get better. I would write the guitar parts and vocals, James would add the drums and sometimes guitar, bass or keyboards. While this was going on, I began experiencing anxiety and depression, and the songs became my therapy. I could write about what I was feeling and I was obsessed with songwriting. At a certain point, I came up with the name of the band. Then I made the decision to take the demos and try to record them with other people in a real studio, just for fun. That's how the first record, Sleep Forever, came about. The two people that helped with that record were Josh Drew on bass and Samuel Sherwood on drums. Since then, some of the band members have changed and we now have Josh Drew switching to guitar, Stephen Striegel on drums and Mike Mason on bass. It's now a real band, with stable members. The latest single, Shutting Down, was much more collaborative, rather than just me in the basement.

Q: Who are your influences?
Spacemen 3, Rolling Stones, Butthole Surfers, the Byrds, The Beach Boys, The Brian Jonestown Massacre, Love, The Dandy Warhols, Electric Wizard, Built to Spill, The Cramps, Elliott Smith, Germs, Type O Negative, The Black Angels. I could go on and on.

Q. Make a list of 5 albums of all time…
No way to really do this, of course, but here's what came out.

Q. How do you feel playing live?
I love playing live. It is a high. The nervousness and the butterflies. Sweat. Time slows down and speeds up at the same time.

Q. How do you describe Tombstones In Their Eyes sounds?
Fuzz, reverb and layering. A blend of darkness, rock, psychedelia, doom and helplessness. We probably fit into what is now called psych rock.


Q: Tell us about the process of recording the songs?
With the last single, it was different than normal. Usually, the demos are made by James and I, and then we try to recreate them in the studio. This time, I didn't write the 2nd guitar part, Jose wrote his own parts and they took the songs somewhere else great. Mike came in and added his own bass lines. So we had a demo with the other members on it and went to the studio with that. Stephen is such a great drummer - he played along to the demo and made his parts that way. We always record at Kitten Robot Studios with Paul Roessler. It is such a great environment. I go in there a lot after the basic tracks are done and add little parts and we mix as we go along.

Q. Which new bands do you recommend?
I recommend an old band that I found a while back. They are called Guitaro and have some beautiful songs, especially "Find You Out (Part 4)".

Another band I love is called Quest For Fire. They're not so new, but people should check them out, too.

I guess I don't listen to enough new stuff, haha!

Q: Which band would you love to made a cover version of?
Right now it is "Melody Day" by Caribou. I don't know if we could do it justice, but it would be fun to try to make it in our own style.

Q: What are your plans for the future?
We hope to start playing some shows, now that we have a stable lineup. And definitely more recording!

Q: Any parting words?
Thank you very much for including us!
*
*
*
Thanks