Horizons with Tús Nua - An Interview 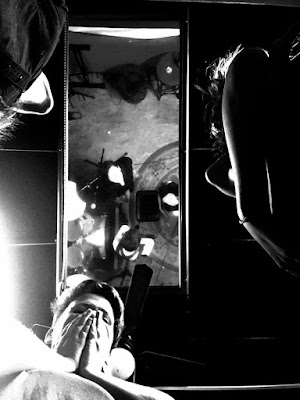 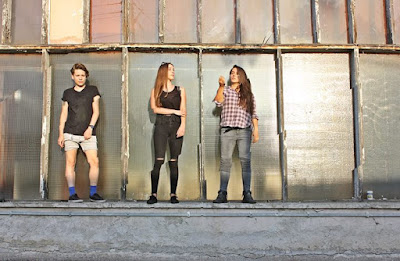 Q. When did Tús Nua start? Tell us about the history...
Jordi: Well, Tús Nua was technically founded in 2015, but us three have been playing for a year together, since 2016. Before, it was a trio, then a duo, then a solo project, then I met these two wonderful people, and I knew that was it. We've been playing ever since.

Q: Who are your influences?
Jordi: It's kinda hard to say, since I don't pick my influences intentionally, plus, they constantly change. Also, I don't always pick influences from the music I usually listen to, sometimes I „accidentally“ pick up stuff. But if I HAD to name a few that have influenced me in recent times, I'd say Slowdive, Mogwai, Explosions In The Sky, Now Now, DIIV, Interpol, Echo and the Bunnymen. But, trust me, the list could go on.

Q. Make a list of 5 albums of all time…
Jordi: This is even harder than naming our influences haha... My personal favourites are Slowdive – Souvlaki Space Station, Mogwai – The Hawk Is Howling, Tegan and Sara – The Con, Placebo – Sleeping with ghosts, Explosions in the sky – The Earth is not a cold dead place.

Matea: Meds and Sleeping with ghosts by Placebo, Turn on the bright lights by Interpol, Mezzanine by Massive Attack and Meteora by Linkin Park.

Q. How do you feel playing live?
Jordi: Like when you quickly eat ice-cream, and get a brain freeze, but then it goes away and you can enjoy your ice-cream - a bit uncomfortable at first, but then it's the best ever, and you never want it to stop. I think it's amazing to have an opportunity to show your music to people outside of the recorded media, it's simply a different feeling.

Jelena: Ice-cream, that sums it up!

Q. How do you describe Tús Nua sounds?
Jordi: Like a mixture of everything, all mashed into one, but with a certain amount of sense.

Matea: I'd say that it's a hybrid of different genres. Like a crossover between dream pop and noisy shoegaze.

Jelena: Each one of us three puts a distinct and unique taste in our sound. Flavours matched, it came out a good blend.

Q: Tell us about the process of recording the songs ?
Jordi: Someone gets an idea, we work on it, improve it, change it around at least 5 times, go back to the first idea, then go through that cycle once or twice again, until we get something we're all satisfied with.

Jelena: Exactly, we build on each other's ideas.

Matea: We pour ourselves a glass of gin and tonic and hope for the best! :D

Q. Which new bands do you recommend?
Jordi: They might not be exactly new, but they are not as known, so I'll still name them. Žen, they're a great band that will soon release their third album (they also played on some songs on our album Horizons), and probably my favourite Croatian band; ###, another great band with no vocals, and awesome instrumentals; Valentino Bošković, , it's one of the weirdest bands I've ever heard, but I simply can't stop listening to it; and Side Project, who are into electronic music, and sound like Depeche Mode and The XX had a baby. All these bands are from Croatia; we have some really good bands over here.

Q: Which band would you love to made a cover version of?
Jordi: I'd like to do something that's different than the original, so probably something like CHVRCHES. Or Depeche Mode.

Q: What are your plans for the future?
Jordi: Practice a lot, hopefully play a lot, and make some new music. We basically just want to play as much as possible.

Jelena: To play until we drop.

Q: Any parting words?
Matea: Thank you for your time, make sure to check out our album! Greetings from Croatia!