Homegrown Vandal with Valuemart - An Interview 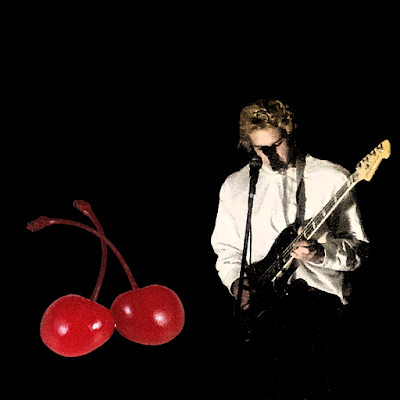 
Q. When did Valuemart begin? Tell us about the history...
I came up with Valuemart in early 2018 after distancing myself from my last project, Blond Delirium, which never saw any success. Its failure pushed me to try a lot harder and experiment with my sounds, until I finally began to understand song structures better and master my digital workstation. This allowed me to express myself without any technical boundaries, making exactly what I had in mind, and letting my emotions free flow into my work. After returning from traveling abroad over the spring, I put in thousands of hours in my home studio, working every day to release an album before the end of 2018, which thankfully I was able to do, just a few weeks ago.

Q: Who are your influences?
My biggest influence is The Cure, which I hold to be the greatest band of all time. Their attention to and importance of melody, and overwhelmingly dark sounds inspire all of my work. After that, Ariel Pink. Pink is one of the reasons I started making music. His music showed me that I didn't have to have sign some major deal to make it in the music industry, or have inside connections. That I could record whatever I wanted, all by myself. And eventually, by doing his thing and making cool ass fucking music, he got signed to a label, with a huge catalog of weird and wonderful music behind him. I regard him as one of the greatest artists and songwriters of our time. Other than those two, I'm influenced by all of the amazing punk, post punk, goth, and alternative bands from the late 70's and 80's. In no particular order - Joy Division, New Order, The Cars, A Flock of Seagulls, Killing Joke, The Psychedelic Furs, Iggy Pop, The Cult, Gary Numan, and Bauhaus.

Also, I'm extremely influenced by David Lynch's films. They get me in a mood where I can write the lyrics, which in my opinion, are the best.

Q. How do you feel playing live?
I haven't found a band yet that can play my music as I'd like it to be played yet, but I'm working on that. Other than that, I like to go wild on stage and break shit. I'd like all my shows to have mosh pits, and things for me to destroy. The punk bands of the 70's really influence me on my live performances. A crowd gives me crazy energy, and time starts to slip while I'm playing, and I see red. I love it.

Q. How do you describe Valuemart´s sounds?
I'd describe it as a whirlwind of heavily layered sound, fusing post-punk and goth music and lyrics straight from the darkest corners of my mind. It's meant to be played very loud, while going fast.

Q: Tell us about the process of recording the songs ?
My recording process is very self destructive. When recording my songs, I'll be coming off a two or three day bender, no recollection of the night before. I wake up very early, around 7AM, knowing I'm going to create something. There's really dark shit rolling around in my head at this point, and I throw down a bass line and a drum beat. What happens next, I usually can't remember, as I'm still wasted. But I'll slam out a song in 5 or 6 hours, then nurse my hangover for a day or two. Over the next week I'll return to it, changing it completely, over and over, until it's barely recognizable from the original. I stay sober for (mostly) this whole week, mixing, mastering, and recording. Once my song is completely finished, I'll sing over it, using lyrics I've written when I'm in my darkest state of mind. That's basically how I made every song on the album.

Q. Which new bands do you recommend?
From around my hometown, I'd recommend Shameface. I played a show with them recently and thought they absolutely killed it. Other than them, I love Black Marble, Part Time, Boy Harsher, DIIV, John Maus, Velvet Condom, and Lebanon Hanover.

Q: Which band would you love to made a cover version of?
I'd like to cover a Gary Numan song, for sure. There's something about his song structures that I love, and I'd like to put my own unique style on it. Down In The Park, or M.E., or Metal.

Q: What are your plans for the future?
I'm going to be a rockstar. That's my only plan. And to release a massive amount of music over my career, so people never run out of things to listen to.

Q: Any parting words?
If there's any labels out there reading this, I'm still unsigned and I'd love to get on a label who really focuses on creative freedom.

Thanks for interviewing me,
*
*
*
Thanks