Fan The Flames with Girls in Synthesis - An Interview 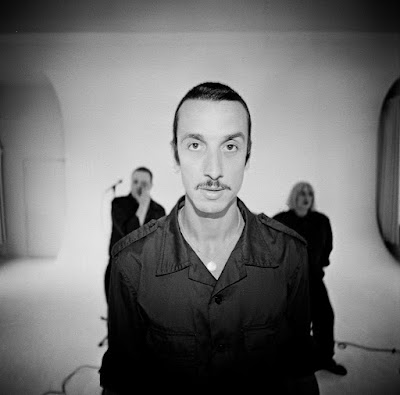 
Q. When did Girls In Synthesis begin? Tell us about the history…
We formed, proper, in 2016, although the ethos and idea behind the band was around for about a year before we started playing together. We wanted to create a sound that was relentless and unforgiving, without resorting to busy arrangements and noise for the sake of noise. We wanted to create something very simple, stripped down and with parts that of importance to the song, not the importance of the musician.

We self-released our first digital single The Mound/Disappear and started playing opening slots in London. Our live performances ramped up and up until we really found our feet about a year later. We then released our first physical E.P “Suburban Hell” with brothers-in-arms Blank Editions. This sold out very quickly, as did it’s follow up “We Might Not Make Tomorrow”, which came out about 6 months later.

Our sound really began to develop during this time, and we began playing shows further afield. That leads us up to the forthcoming E.P. “Fan The Flames”, and our forthcoming tour which is the longest we have undertaken.

Q. Make a list of 5 albums of all time…
Too difficult, but I would name:
Swell Maps “A Trip to Marineville”,
Adam and the Ants “Dirk Wears White Sox”, “Tighten Up Vol. 2”,
Bad Breeding “S/T”
and The Fall “Live at the Witch Trials” as goodstarting points.

Q. How do you feel playing live?
Amazing… it’s the only place we feel totally free, maaaannn.


Q. How do you describe Girls In Synthesis´ sounds?
Aggressive, sparse, frantic, considered.

Q: Tell us about the process of recording the songs ?
We record ourselves, so generally, start with recording the drums in a large rehearsal room. We then add the layers of guitar and bass, then vocals, then we add what we like to call “additional production” on top… this usually consists of subtle but harsh noise that sits underneath the songs and is manipulated to add inflections of dynamics and pace. Then it's mixed and mastered, although the recent on ewas mixed by James Aparicio (Liars, Factory Floor, These New Purtians).

Q. Which new bands do you recommend?
Bad Breeding, Revenue (RIP), Slags. Not many more beyond that.

Q: Which band would you love to made a cover version of?
The Four Tops: Reach Out (I’ll Be There).

Q: Any parting words?
Be good to each other, be good to yourself.
*
*
*
Thanks