Comfort In Concrete with Soot Sprite - An Interview 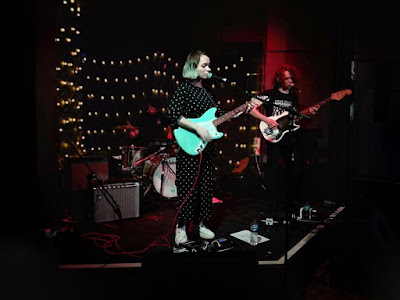 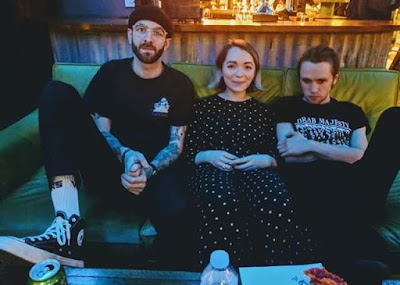 Q. When did Soot Sprite begin? Tell us about the history...
I started writing for this project at the end of last year after separating from a long term relationship that had been very mentally exhausting and restrictive. I instinctively looked to music as an outlet for this weird feeling of sadness and liberation, and I haven’t looked back. I’d played in loads of projects before but felt like starting a solo project because I’d seen so many groups break down for one reason or another. But now I’ve got such a wonderful couple of people who play in my live band it doesn’t feel much like a solo project now, but that’s been a lovely natural thing.

Q: Who are your influences?
When I was writing I was listening to a lot of Phoebe Bridgers, Soccer Mommy & Hovvdy, but nearly everything I’ve written ever has been influenced by My Bloody Valentine. I’ve been compared to Cocteau Twins quite a lot but they’re actually a super recent discovery for me!

Q. Make a list of 5 albums of all time…
It’s Blitz - Yeah Yeah Yeahs
The Big Roar - The Joy Formidable
Mean Everything To Nothing - Manchester Orchestra
Stranger In The Alps - Phoebe Bridgers
Loveless - My Bloody Valentine

Q. How do you feel playing live?
I actually still get really nervous before we play, even though we’ve played loads of shows now! I suppose it comes with the nature of the vulnerability of this project. Once the set’s begun it feels totally natural and comfortable, but then for a little while after we’ve played I actually feel pretty overwhelmed and need to be outside and away from it for a little while. Despite that it’s all I ever really want to do.

Q. How do you describe Soot Sprite´s sounds?
Dreamy nostalgia, paired with guitars that ebb and flow between glittering and roaring, laced with ghostly vocals.


Q: Tell us about the process of recording the songs ?
I actually recorded everything in my room, I took music technology at college so kind of have a background there & love the whole recording & producing process. My partner helped record some bass parts and program the drums in, he plays bass in my live band as well.

Q. Which new bands do you recommend?
My partner also has a project called Fusea which I seriously recommend, FFO DIIV, Wild Nothing and Current Joys. Also really digging Sit Down and Lala Lala

Q: Which band would you love to make a cover version of?
Maybe The Cranberries? Or Catatonia!

Q: What are your plans for the future?
Fingers crossed in the new year we’ll start hopping on some cool tours, asides from that I’m gonna keep writing and keep working at it, go wherever this band takes me!

Q: Any parting words?
Just that if you’ve ever thought ‘I’ve always wanted to be in a band’ then just fucking do it, it doesn’t matter who you are or how old you are, I didn’t even play guitar until about a year ago. Everyone has a story to tell, and it’s never too late to start.
*
*
*
Thanks