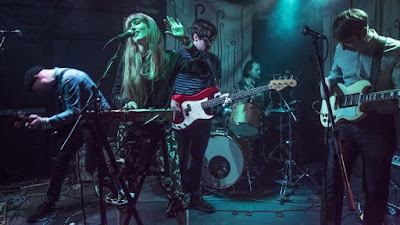 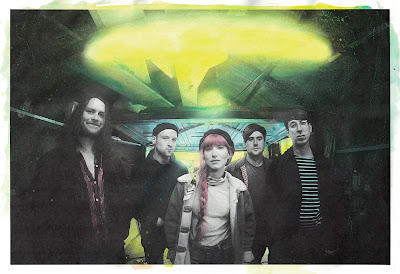 Q. When did Night Flowers begin? Tell us about the history...
We started out in 2013 and since then have released a 4 track EP, 6 singles and are just about to release our debut album, ‘Wild Notion’. The band has given us some incredible experiences so far, meeting some amazing people and playing shows all around the UK, Europe and also a tour around Japan which was absolutely incredible.

Q: Who are your influences?
We have way too many to name, but ones that spring to mind right now are Ride, Ash, Teenage Fanclub, MBV, Belinda Carlisle, The Lemonheads, Oasis, The Cure, etc etc..

Q. How do you feel playing live?
We love playing and writing music together, so to get up on stage and play our music to a crowd is always an exciting experience. At our most recent shows, we have had people in the crowd singing along to the words of our songs, which is awesome!


Q. How do you describe Night Flowers´ sounds?
We are often described as ‘dream pop’ which sounds kind of fun, whatever that is?! We’re suckers for catchy pop hooks and big glistening crunchy guitars. The new album isn’t all about that though and we do have a more brooding/darker side. I think it’s the beauty of Sophia’s voice that brings it all together and gives it that overall sparkling touch.

Q: Tell us about the process of recording the songs ?
To record ‘Wild Notion’ we recorded the main body of it playing live together and then began recording overdubs, extra percussion and the vocals. Our producer Adam Jaffrey didn’t want to lose the organic feel of the record by over polishing and over treating the sound too much and I think in the end the overall balance of the album has turned out great. We’ve trusted Adam all along and have always had great results when working with him.

Q. Which new bands do you recommend?
I like what I’ve heard from Shame who we played with in Camden once, they’re amazing live and also our hometown mates LIFE who are making waves at the moment. Both bands have a political message/approach which I think is important right now. Alvvays latest album is also great and also check out Japanese Breakfast, we toured with them last year and they’re pretty awesome too.

Q: What are your plans for the future?
We will be promoting our new album far and wide. We’ve worked really hard to get to this point and are ecstatic to be finally releasing our debut. It’s been a long time coming and we’re all really happy with it, so we want to ensure it gets the credit it deserves.