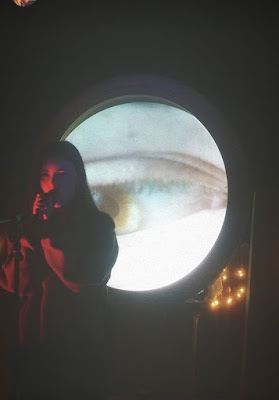 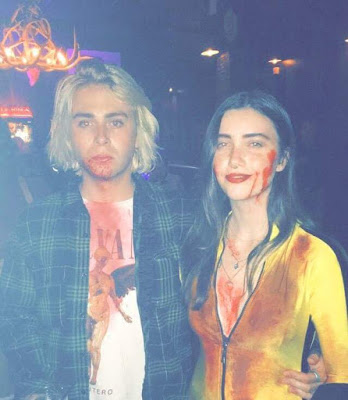 Q. When did Pastel Goth begin? Tell us about the history...
Lauren: Sometime last year, we kind of just fell into it. Once Zac and I realized we both had similar taste in music and that we were both musicians, it just sort of happened.

Z: We pretty much met and decided we wanted to make music.

Q: Who are your influences?
L: For me, Beach House is a big one, especially as far as synth sounds go. Victoria Legrand is also very good at crafting an atmosphere with vocals alone, even if the lyrics are at times simplistic, and I really admire that. I think sometimes a song needs more space, more room to breathe. Other than that- Cherry Glazerr, Radiohead, Slowdive, My Bloody Valentine, Asobi Seksu, the Jesus and Mary Chain, Brand New.

Z: I think we have a lot of traditional dream pop influences, like Beach House, My Bloody Valentine and stuff like that, but also some grunge for sure.

Q. Make a list of 5 albums of all time…
L: It changes constantly but there are few that stay the same. I’d say:
Radiohead’s In Rainbows,
Angel Olsen’s Burn Your Fire for No Witness,
Beach House’s Bloom,
Nirvana’s In Utero,
Kendrick Lamar’s DAMN.

Q. How do you feel playing live?
L: It’s hard to describe that, it’s just such a different realm than anything else. It’s exhilarating to be able to create an atmosphere like that. I fuckin love it.

Z: I mean, I get nervous of course, but as soon as I start playing it's really just a ton of fun. All the stress just disappears after the first note.

Q. How do you describe Pastel Goth’s sound?
L: I think our sound has evolved even from we first started writing, which was only a few months ago. Our sound really relies on lush, layered guitar and washed out vocals.

Z: We've got a pretty airy sound, with waves of chords and stuff, but sometimes I just hit the fuzz and it's just like this wall of distortion. Like from light to heavy to back again.

Q: Tell us about the process of recording the songs?
L: Well, it’s been kind of harrowing. It took a lot of time and effort, but Zac actually did almost all of the guitar parts in one take. And I was whispering the lyrics in his ear while he recorded so he would know where he was in the song. The recording itself was easy, but the production was pretty difficult, as Zac ended mixing our songs and had to learn Ableton <3 .="" br="">
Z: Almost all of the recording was done in our producer, Will's studio. All the songs start with guitar, played to a metronome. Usually there's two mics on the amp, to get a phase effect. Then we do vocals, and Will adds drums and other instruments. I did a good chunk of the mixing myself, also.

Q. Which new bands do you recommend?
L: Right now, I’ve been listening to Snail Mail, Japanese Breakfast, Smino, and we actually met a great band from San Francisco when we were in Austin during SXSW- Tino Drima, look em up.

Q: Which band would you love to make a cover version of?
L: Honestly, we’re not huge on covers, but we occasionally cover Heart Shaped Box and also do a pretty great rendition of In the Suburbs by Arcade Fire.

Z: We always have fun playing covers of Nirvana songs.

Q: What are your plans for the future?
L: Well, I guess graduate film school first. Overall, I want to be able to make films or music for a living. With the band, I think we really just want to start playing more and hopefully tour soon, then release our album.

Z: Well, we've got an album pretty much recorded already, so after playing some shows locally we'll start to focus on mixing and releasing that.