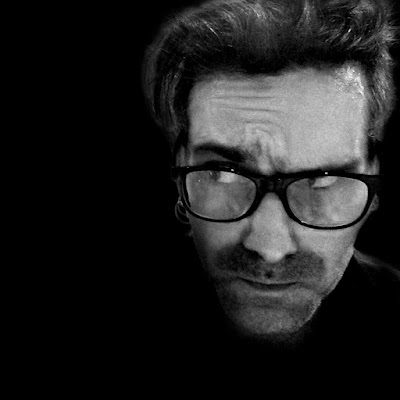 This EP was long to make ! The five songs were demoing for "Some Perfect Dreams" my previous EP but I didn’t find a way to finish them to make an entire album at this time. So I let them at least two years, thinking I will end them later. There were a lot of other things why it makes so much time to release this new EP, the lack of time and inspiration, work on the Curl’s "Shapeshifters" album (the other band I play in for 8 years), and on Alex Sindrome’s album (a very good friend who play a kind of dark pop/new wave electro in french). Add to this some troubles with the computer I used to work with… I was really bored with TST and wanted to stop the project, throw all of these demos in the trash…

Finally I spent 3 weeks to finish it and here it is !

WRITTEN ON SKIN
A kind of love song, the state you’re in when you feel good with a partner, you’re like in a bubble, everything could happen, you don’t care. But there’s always something that breaks this, some silences, the routine…

The lyrics came quickly and was inspired by a David Lynch line that appears in one of his litho.

The first draft was a bit different, not so "punky" at the beginning. So boring !

HERE IT COMES AGAIN
This one was the first I began to work on when I decided to make another EP. It’s about all the political shit that happens for a few years everywhere, some people are angry about this, are not agree, but they react like masochists by letting these things go and grow, doing nothing except complain themselves…

This final version of the track is the third one. I spent days and days to structure it to not sound like my previous songs.

DREAM, BOY
An instrumental one, mainly because I couldn’t find the lyrics or the vocals to complete it ! So I used some layers of synths to fill in and I think it’s better than if there were some voice ! First, the song was entirely like the end, speed, but I tried to put a kind of dub rhythm at the beginning and it goes very well !

EYES ON YOUA new experience for the vocals ! It’s always a pain in the ass for me to sing, I’m really not a singer (but I try my best to do it right), and it’s the first time with this EP that I try to find a melody guide line with a synth. This is why Eyes on you had this very melodic vocals.

It’s about the children growing up, becoming adults, live their own life, and you, still a teenager in your mind, you just have to stay with your fears to see him/her fail…

VOICES
It was really hard to finish it ! I didn’t even know if it could be on the EP because of its mood, always the same as a usual TST song made in the past, but in maybe 15 minutes the doubts go away ! I added the shoegazy synths lines and I found it brilliant ! But once again the pain to sing on it…
*
*
*
Thanks