Steel Wool For The Brain with Palewave - An Interview 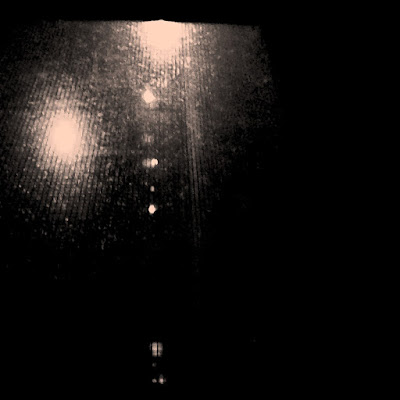 
Q. When did Palewave start? Tell us about the history...
A. Palewave started out in early 2016 as a passing joke that pondered the existence of a subgenre of music called christian harsh noise. I posed the idea that modern christian music is too tame and polished against the absolute madness depicted in the Old Testament and that as the purest form of music, is God's go to genre. I rode the joke seriously for five seconds before it just became its own thing. As a genre, noise music is very abstract in a way that leaves it open for interpretation. I went into the first two albums with this in mind, constructing a loose narrative that the listeners could fill in the gaps to spin their own story unique to themselves. As someone who lives in a small town where all my fellow musicians have little time to spare due to work, I decided to attack it solo, doing a little collaboration on one track with an old high school pal. The goal was to get my hands wet on the production side and to experiment with sounds to incorporate into more structured and guitar driven songs down the line.

Q: Who are your influences?
A. For this project, My Bloody Valentine is the obvious one, but there are many more. Cosmicdust's earsplitting, rocking take on shoegaze made the biggest impression on me in terms of pure sound. Local Teen (formerly called Shopping) inspired me with its lo-fi, one man band punk attitude. In fact, both Cosmicdust and Local Teen were and are solo projects, a testament to the possibilities any one person could achieve on their own. Fishmans influenced me in the way I approach playing bass guitar, an aspect I would like further hone down the line.

Q. Make a list of 5 albuns of all time…
A. Neutral Milk Hotel - In the Aeroplane over the Sea
Fishmans - Long Season
My Bloody Valentine - Loveless
Hyacca - Hanazono
Soutaiseiriron - Hi-Fi Anatomia

Q. How do you feel playing live?
A. I have only played live with one of my old high school bands, but it was a rewarding experience and I would definitely love to have another go. I'm not sure how I would tackle some of palewave's stuff live though. Perhaps I could loop samples from the software files, or I could just free form it and create live bootlegs. Either way, I'd need some members to pull that off.

Q. How do you describe Palewave´s sounds?
A. Intensely warped bedroom shoegaze. And noise.

Q: Tell us about the process of recording the songs ?
A. It can start anywhere, from coming up with a general concept and exploring it, to old works in progress that get sampled. Sometimes I'll go out to do some field recordings or even just around the house, other times I find a good guitar riff while practicing and record one or more takes. One concept that struck me during the first album was the distorted, warbly sounds of some poor vinyl record being scratched and beat on the turntable, so I ran with it. That one turned out to be one of the more simple and straightforward processes with fewer audio tracks in the mix. Some of the songs have enough tracks and length to put my computer through the ringer which was the case more on the first album. With the increased presence of the guitar, I decided to keep it simple for the second one. As I'm recording each layer, I'll usually toss it through the blender of modulation in Audacity, rendering many of the original sounds to be unrecognizable or barely hidden in the wall of noise. This whole process can take up to a year to complete enough tracks for an album; more of a time management and motivation issue than anything else.

Q. Which new bands do you recommend?
A. I don't really dig around for new music too often, but I would certainly recommend the aforementioned Cosmicdust and Local Teen. Hanno Soda has some great vibes; that one is new.

Q: Which band would you love to made a cover version of?
A. Mass of the Fermenting Dregs and Midori have great energy in their songs and would be very fun to cover.

Q: What are your plans for the future?
A. I would like to find some people to collaborate with and get a proper band arrangement started. That could allow me to play live, in addition to adding in different creative influences to the mix. I've always intended for palewave to be a personal project; an ongoing timeline that shows change in style, lineup, and so on. There's no limit to what it could be in the future.

Q: Any parting words?
A. Thanks for giving an outlet for many small and upcoming bands.
*
*
*
Thanks