The Devil May Care with The Blondi´s Salvation - An Interivew 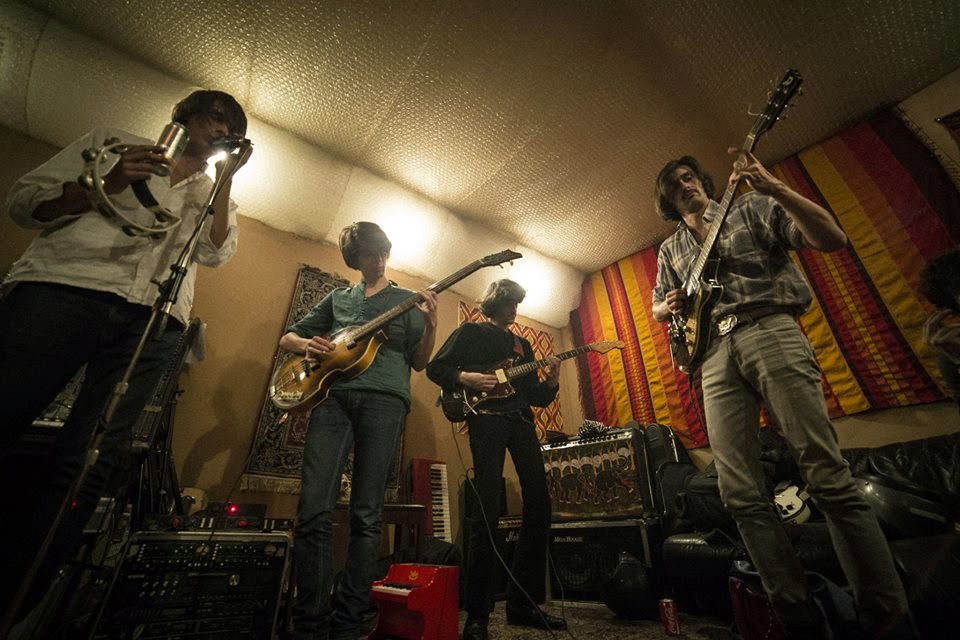 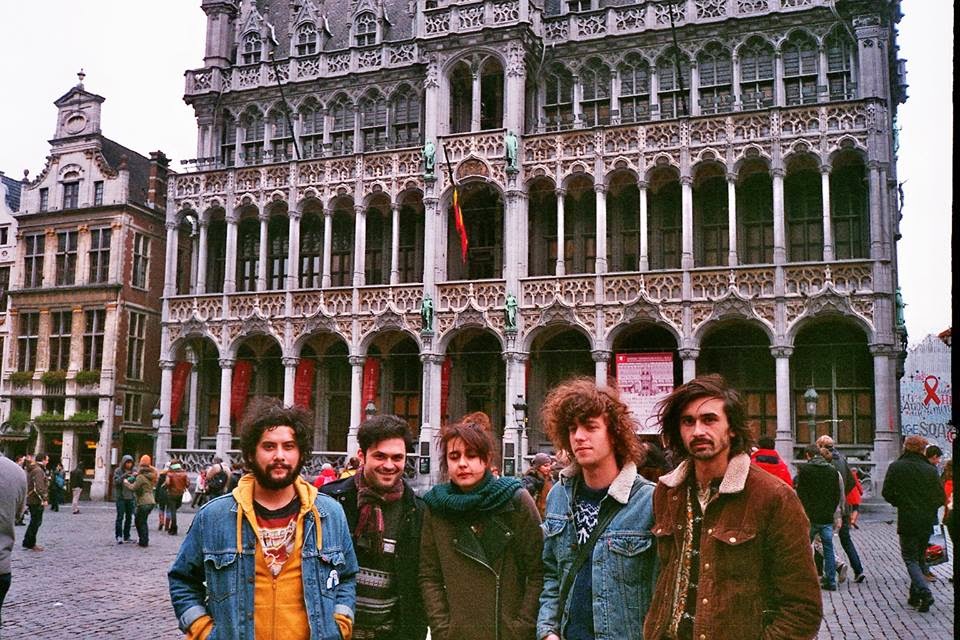 Q. When did Blondi’s Salvation start? Tell us more about the story...
Manuel, Julien and Etienne started the band together in 2011. At the time, we were playing 60's stuff in an old warehouse on the docks of Nantes, our city.

When the last drummer ''had'' to leave, Morgane joined us. She never played drum before but she really figured out what was the purpose of the band, so that was pretty easy for her to learn how to play drums, she was practicing for only six months when we played at the Levitation Festival.

In September, Mathieu joined us to play percussions and keyboard, we felt that 4 people were not enough to tell what we wanted to. And we were glad to integrate his musical knowledge to the band. This new line up seems to be the best we never had.

Since the early beginning of the band, we really try to keep the control of every artistic aspects of what we do. Every aspect of the creation (recording, mixing, artwork, reflexion about the future) is important for us.

In this way, we recorded our first LP “Songs of the new world order '' in 2012 in a garage with the help of a friend, Antoine from Acouphonic Amps, who is now part of our little community. A few months later, we started to record a 4 tracks EP called '' to our future '' in our music room (we started to record it before the Lp was out, because we were not fully satisfied with this last one.) In January 2013, we started to record (for the first time in a studio) '' Crusades '', written within a few months, with no drummer (Julien plays drums in that record) and only 2 days to record ten songs. That was the beginning of something new for us: a new sound, a brighter direction and so many new possibilities to explore.

Times are changing for music, and we want to keep it pure, sincere and noble.

Q: Who are your influences?
By living together it's very easy to share things with each others and to make discoveries.

We are mainly influenced by 60's bands: we like the creativity, the sincerity, and the idea of destroying the established concepts that were dominated at the time, before things went crazy for music. Some actual bands manage to keep the original energy of the early years of rock music, but despite this, the majority are just rehashing the same things, deeply influenced by the music industry and the culture of stupidity that stands today.

We are more and more influenced by ancient and medieval music. A long time ago, before the advent of pop culture, things were different in term of music; people were playing music for different reasons and in a different way. It might have been in a better way than today or maybe a worst one, we can't really know what we have lost, but we must not forget what has been done before. We are European and all the things built and invented around us were here before, belonging to another kind of music, so it is for us a direct influence that we must follow. We are directly influenced by all kind of noble music that we can ear. For example, many kind of traditional music sounds like that: Indian music, Asian music, Arabian music, African music… all of those music are created profoundly in a different way, we want to explore that and understand from where comes these melodies and the rhythms we like.

Q. Made a list of 5 albums of all time…
Each of us chose an important album :

Julien : Brian jonestown massacre : Give it back Manuel :The sonics : Here are the sonics 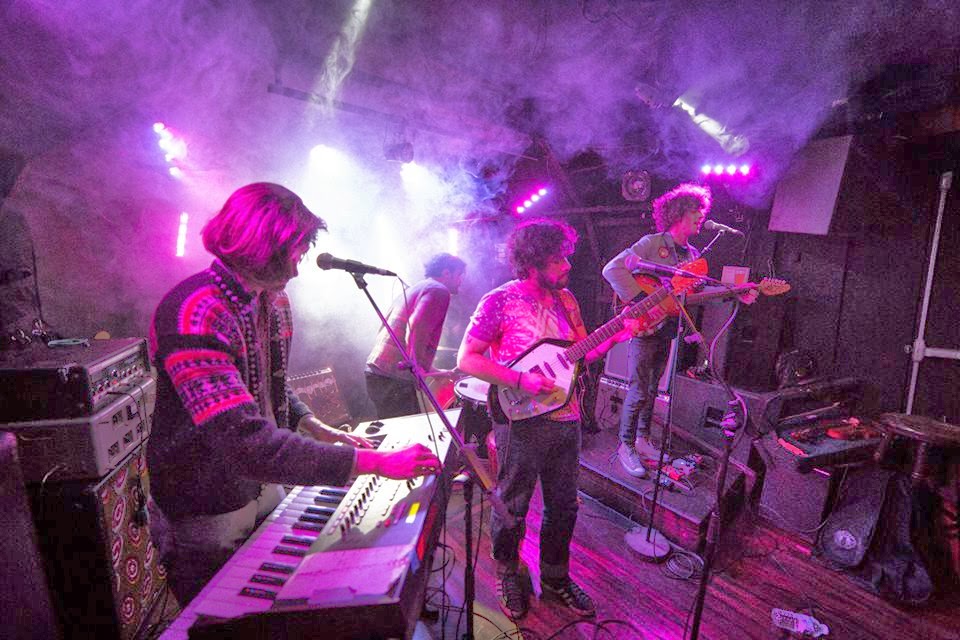 Q. How do you feel playing in live?
We are torn between the selfish pleasure of playing music with a large part of improvisation and the duty that we have to play a music that that we think is pure to people who are listening. That's why we try to play with new materials as much as possible, so that our music always still sounds fresh for us but also to transmit strong feelings to people.

We know that it is difficult to keep a constant energy in a band when playing a lot of gigs, but we try to keep it as harder as we can. We love to play live. Q. How could you describe Blondi´s Salvation sound?

There are two essential reasons to make music. First of all, you can play religious music for celebration of gods, or you can play entertainment music. In any kind of culture, music is born in a ritual, a kind of combination of those two aspects. This is what we are trying to reproduce, through the mediums we have nowadays. We use the ''Rock'' sound wich belong to our culture and has already proven how interesting and polyvalent it could be. This is a kind of basis for our compositions.

Artistically, our actual sound is based on strong ornamented melodies supported by organic rhythmic and sounds. We try to include traditional instruments too (especially in the third LP that we are actually writing) mixed with modern occidental sounds.

Q: Tell us about the process of recording the songs?
Julien is creating a studio, so this will be a good opportunity for us to keep control on the production. We also have the help of acouphonic amps who is building audio devices for the studio ( as Tubes preamps and comps )

Once we get the studio, we'll really be able to deeply work on our records and we'll have more time for experimentations. We are thinking about new methods to record live songs for our 3 rd LP, trying to find ways to make it as unique as possible. In that way, we'll try to find a special place to record our next album, we are looking for an historical place with a good acoustic. A castle or a church would be wonderful for that record. 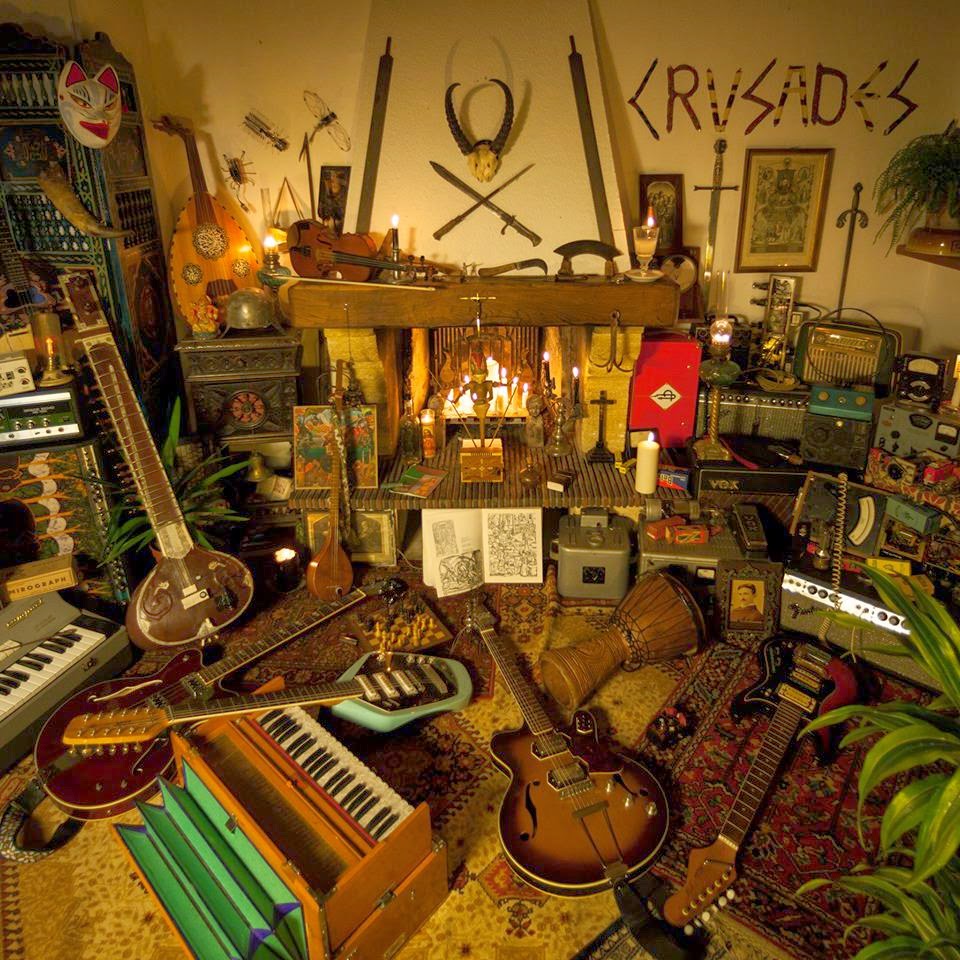 Q. Which new bands do you recommend?
We really love the sound of the Blue angel lounge and we are waiting for their new LP ! We strongly recommend to see Tonstartssbandht live, those brothers are amazing !

J.C satan and Sudden death of stars are two of the best french bands we know, people who don't know them yet have to listen to them!

Q: Which bands you would love to make a cover version?
Gustav holst : the planets

Q: What´s your plans for the future....
We are actually working on a Third Lp, which we want to release ideally before the end of the year. We are looking for a label that can produce us and help us for production and tour organisation at the same time.

In a more artistic way, we don't know what we'll do in the next future. We only know that it will be different.

Q: Any parting words?
Internet is changing the music and the world in general. People have to react and find new ways to support the music they like and they must not forget that music is not just a single mouse click among millions but a way to guide the future.
*
*
*
http://blondissalvation.bandcamp.com/
https://www.facebook.com/pages/The-Blondis-Salvation/164016870275185?fref=ts
Postado por TBTCI às 10:28