Thanks God for Mental Illness with The Jabberwocky Band - An Interview 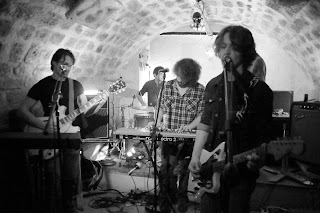 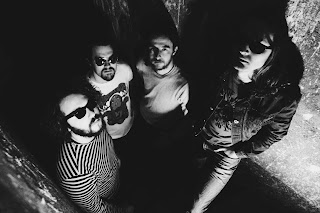 Q. When did The Jabberwocky Band starts, tell us about the history...
January 2011, but the current line-up is very recent. We used to be four or five. The objective at first was to have a lot of guests for percussions, keyboards, VJing or drone machines... We are three since January 2013.

Q. Made a list of 5 albums of all time…
Yann : The Cult Of Dom Keller (whole discography), Give It Back!, The Madcap Laughs...

Julien : OK Computer, Yom And The Wonder Rabbis, Axis: Bold As Love, A Cross the universe, every Gainsbourg album...

Q. How do you fell playing alive?
Sweaty, carried away and in communion with mother nature 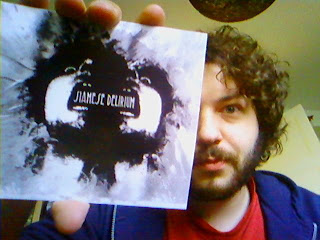 Q: Tell us about the process of recording Siamese Delirium?
We were five at that time. We hit the road to a garage lost in the middle of Normandy, with amps, guitars, drums and some songs, and basically no idea of what we were doing.

We experimented a lot, tried to catch the sounds we wanted to hear, played very loud, drank a lot of whisky as bluesmen do and did not sleep.

Five days of 24/7 recording sessions later, we went home with a lot of weird sounds we tried to arrange and put into an EP. It took us several months to do so.

Q. Which new bands do you recommended?
With The DeadBangers Company we try to organise as many gigs of those bands as possible: Cult Of Dom Keller, Piatcions, Black Manila, The RocKandys, the local scene...

And so many others are great, like Daughters Of The Sun, Sonic Jesus, Dirty Blonde Asylum, The Blondi’s Salvation, The Janitors, Wall Of Death, François Sky...

There are just so many of them !

Q. Which bands you love to made a cover version?
Bob Dylan’s Masters Of War could be great.

Q. What´s the plans for future....
We are recording a new EP right now, to be issued early next year. We plan a tour for October. We want to organise still more gigs in Rouen (France) for great bands. And we will soon establish a hippie communist regim in Switzerland. 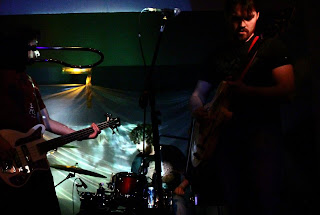 Q. Any parting words?
To the Blog That Celebrates Itself: Thank you very much for supporting us.

To everyone: Support the bands you love ! And smash your TV.
*
*
*
Thanks Ian