All Tomorrow Parties with Tales of Murder and Dust - An Interview 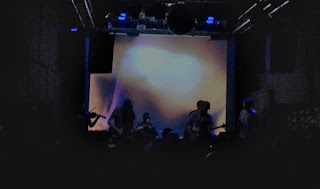 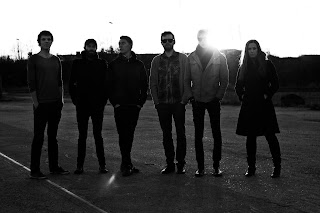 Q. When did TOMAD starts, tell us about the history...
After having played in different constellations since 2003, we formed the band TOMAD in 2007. In the beginning we were only 4 members and Kathrine and Kasper joined in 2009 to help create the perfect setup for the sound we were looking for.

Q: Who are your influences?
Being a six-piece band we have a wide variety of influences. We all have our own preferences regarding music, films, and art and we all contribute with inputs from our individual back catalogues. But to name a few we all agree on: The Velvet Underground, Swans, The Blue Angel Lounge. The films of Andrei Tarkovsky is also very inspiring to us. The slow pace in which the story is told along with the beautiful images and an underlying sense of desperation and chaos is something we have tried to incorporate on the album “Hallucination of Beauty”.

Q. Made a list of 5 albuns of all time…
In random order:

Q. How do you fell playing alive?
We are really starting to enjoy it. As the music compels us to be very introverted on stage it can be hard to establish a connection with the audience. But when we see people standing in their own world with their eyes closed absorbed in the music like ourselves it feels really great! 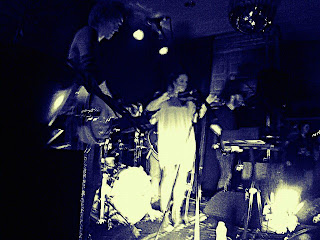 Q. How do you describe TOMAD sounds?
On “HOB”; static, cinematic and chaotic would be suitable words to describe it. However on “Skeleton Flowers” we have adapted a more aggressive and violent expression. It is more influenced by Post-Punk than the Neo-Psychedelic.

Q: Tell us about the process of recording the albuns?
As we are a non-signed band we don't have a lot of resources. When recording “HOB” we didn't have any money to spend on a studio, so it is recorded in our bedrooms using our only microphone. A song would typically start with recording guitars, as the base of the song in one room and then moving our recording gear because of neighbors making noise-complaints. Then recording drums with borrowed microphones in the rehearsal space and finally recording vocals, violin and percussion. It was an extremely long process but also very educating.

Recording our soon to be released EP “Skeleton Flowers”, we went in the studio to get a better sound on drums and bass, while recording guitar, vocals and the rest by ourselves.

Q. Which new bands do you recommended?
At this stage we are looking back in time to find inspiration, so we must admit that we don't really have much knowledge of new bands. However “Get Your Gun” and “The Woken Trees” are two upcoming danish bands definitely worth checking out.

Q. What´s the plans for future....
We are releasing a 4 track EP “Skeleton Flowers” on Vinyl on 06.06. and we will be playing a few festivals over the summer while planning a European Tour that will include London and Barcelona in the fall. While doing this of course we are working on new material for our second full length album. So you will be able to hear some new songs if you catch us live during the summer/fall.
*
*
*
Thanks TOMAD