And Your Bird Can Sing with Analog Birds - An Interview 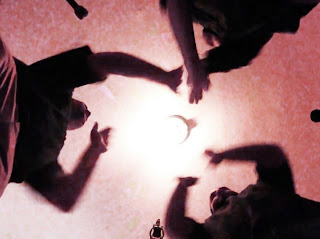 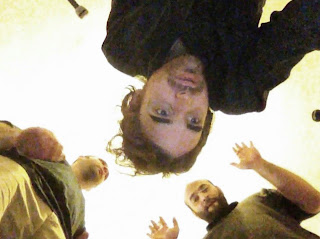 Q. When did Analog Birds start, tell us about the history...
Asa: I met Tim in high school art class in the late 1990s. He was musically inclined, and I had been asking around, trying to find people to start a band. Most people were into ska and punk at the time, and we felt that we had a wider range of influences to draw from.

Tim: After exchanging some demos and sharing some ideas, we decided to get together, jam, and lay down some recordings. We began feeding off of each other's ideas and energy, and after releasing a few tapes and a CD, we began to develop our own style.

Ali: I started working with the other two around 2000, and joined full-time in 2005, prior to the Musique Concrete album.

Asa: We have also had some very talented collaborators who are now Analog Birds alumni, and continue to work with us... Such as the wonderful multi-instrumentalist Matt McNiff, violinist Dan Tanenbaum, and our departed Analog Birds co-founder George Niesuchouski, whose final appearance was on Musique Concrete.

Q: Who are your influences?
Asa: The other guys are covering the major names, and there may be some redundancy, so
- Beck, Traffic, Caetano Veloso, Sly Stone, William Sheller, Serge Gainsbourg. Raymond Scott, a little bit. Brazilian music has influenced us quite a bit, especially Caetano Veloso and Jorge Ben.

Q. Made a list of 5 albums of all time…
Asa: Midnite Vultures by Beck, Beach Boys Love You, Pink Moon by Nick Drake, and two Brazilian albums... Joia by Caetano Veloso and A Tabua De Esmerelda by Jorge Ben are both absolutely transcendent.

Tim: Abbey Road by The Beatles, Smile by The Beach Boys, Sound Dust by Stereolab, Sunflower by Beach Boys, End of the World Party (Just in Case) by Medeski, Martin and Wood

Ali: Animals by Pink Floyd, Ram by Paul McCartney, California by Mr. Bungle, Either Surf's Up or Sunflower by Beach Boys (hard to pick one), and Innervisions by Stevie Wonder

Q. How do you feel about playing live?
Asa: I love to play live. It is always interesting when we arrange our work for live performance... it is a totally different game compared to recording.. when we are able to translate studio material to the live experience, it is very gratifying to me.

Tim: It's what rock and roll is all about. I have to admit that I'd rather be writing and recording in the studio. But with studio recording, there is the whole technical side of things, which can take away from the natural expressive experience. Playing a show has the greatest reward. Also, I hear these days it's the only option to make a living :)

Ali: When the venue and the crowd are good, there's no better feeling in the world.

Q. How do you describe Analog Birds sounds?
Asa: Eclectic, authentic, progressive (but not prog) rock and roll. We want to push the medium of recorded music forward, in our own little way.

Tim: Whenever people ask me what genre Analog Birds fall into, my response is always, "I'm not sure. You tell me." I've heard answers including psychedelic rock, electro-rock, experimental rock, indie-rock, Avant-Garde, pop, and alternative. I myself have trouble describing our sound as a whole. With the many influences, styles, and textures that go into any particular composition, each song is very different form the next.

Ali: It's the sound of 3 Guys getting high and making music together. We don't let ourselves get bound to one particular style or another, but we feel there is a unifying feel to whatever styles we play around with. 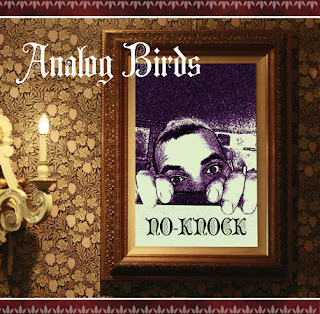 Q: Tell us about the process of recording the songs?
Tim: When describing our writing process, I would say that most songs fall into one of the two categories. One of which involves someone bringing a single idea to the table, like a bass riff or a synth part, to be built upon and developed a full song. The other process involves one of us bringing a more complete vision of a song to the mix, where we all contribute our own ideas to help create the full the composition.

Asa: Some of our songs are written by one or two of us in a solitary way, some are studio experiments that evolve, and some, like our new single "No-Knock" that is a free download atmountvalley.net (ha-ha), evolve from an in-studio jam. Each song is the sum total of its composition, arrangement, and production, and then when we play the songs live, they take on new lives of their own.

Asa: Some songs are also modular, with different parts recorded at different times and then stuck together. The coda of our new single "No-Knock" is an example of this.

Q. Which new bands do you recommend?
Asa: Ryan Weiner's excellent Lazy Talkers, and Foxygen, who are immensely talented.

Tim: I am not too hip on new music being produced nowadays…probably because I am stuck in the 60s and 70s and I hear all the mainstream crap being released today. But anything that Radiohead puts out, in my book, is always epic. Also, McCartney has been putting out painfully unnoticed albums since Wings. As far as new bands, hmmmm.

Q: Which bands you love to made a cover version?
Asa: I've always wanted to cover "O Telefone Tocou Novamente" by Jorge Ben and "Traveler" by Screaming Trees. As for another act covering us, Beck would do an amazing job (in my wildest dreams). Oh, and I'd also love to cover "My Year Is A Day," written by the incomparable William Sheller.

Tim: I've always wanted to cover Stones' or Zepplin songs more that anyone..probably because of the sex appeal involved. In the end, cover songs never really have appealed to us, probably due to the massive amount of tunes that we've written and have never released.

Ali: Something by Mark Lanegan... 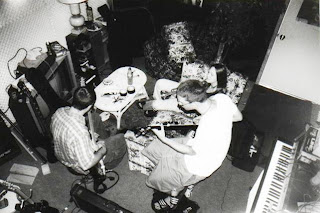 Q: What are the plans for future....
Asa: To play live and continue to release singles and albums. We have a new album, The First One Follows, that will be releasing this summer or fall, and we will be dropping more singles in the meantime. We are also considering an anthology project for the end of 2013, as well as some in-studio streaming shows for our audience outside of NYC... Until we can tour Brazil!

Tim: To make music that has the ability to change the basic thinking of mankind.

Q: Any parting words?
Asa: Thanks to you, Renato, for this opportunity. We love making music... and we love and appreciate the fact that people, like you and your readers, enjoy it. Check out mountvalley.net for the latest info, and our site analogbirds.com will be updated and revamped very soon.

Ali: Thanks for your time! We love Brazil.