At Home He´s a Tourist with Monozid - An Interview 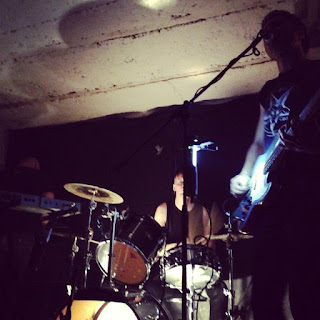 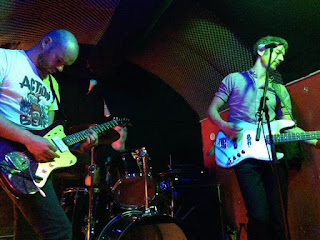 Q. When did Monozid starts, tell us about the history...
Franz: We started in spring 2003. I was organizing a gig for max´s former band FORMFLEISCH and we decided to start a band together. After various other people ralf joined the band in 2006. At first we were four people, with Daniel g. in the band who also sang and played bass. Since 2010 we are a trio. Mostly I play bass now, on some songs guitar. In the last 10 years we played 11 tours all over Europe and the usa, we released 2 albums, a 7” and two cd-eps.

Q: Who are your influences?
F: Musically we are influenced by postpunk, noise-rock, new wave, no wave. But besides we listen to different kind of music that probably also influences us. Lyrically I am influenced by the usual struggle of daily live in this society.

Q. Made a list of 5 albuns of all time…
F: this is a hard one… I try in no particular order.

But there are so many more to mention…

Q. How do you fell playing alive?
F: Playing shows is really a great experience. Especially if you feel that the audience enjoys what you are doing. If people are dancing, yelling, laughing… sometimes it is hard to play if nobody is interested. But most of the time it is really good. We all enjoy touring, travelling, meeting new people and seeing different places!!

Q: Tell us about the process of recording the songs?
F: We recorded the songs at “dollhouse studios” on long island/new York with producer Peter Mavrogeorgis (who worked with THE NATIONAL, and our dear friends BOOTBLACKS). It was the first time that we recorded with a producer and it was a really nice experience. The songs have grown a lot in the studio. We added various sounds, instruments, backing vocals. I am really glad with the result. 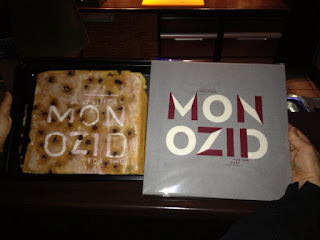 Q. Which new bands do you recommended?
F: our friends BOOTBLACKS, VELVET CONDOM, THE DREAMS or DON VITO from Leipzig. Besides from the more “popular” bands of these days I enjoy TRUST, BLOUSE, DISAPPEARS, A PLACE TO BURY STRANGERS.

Q: Which bands you love to made a cover version?
F: I don´t know. In general some bands of another genre. I would like to do a cover of an old soul or funk track for example.

Q: What´s the plans for future....
F: we will do a lot of touring this year. We have a tour in Russia coming up in june and we will go to eastern-europe in October. Besides we are starting to work on songs for the next album.

Q: Any parting words?
F: Thanks for your support!! Please check out our new album “a splinter for the pure”!!!
*
*
*
Thanks Franz