Young Team with Sounds of Sputnik - An Interview 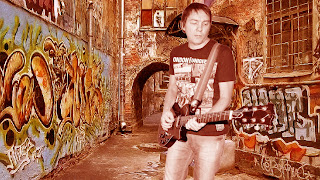 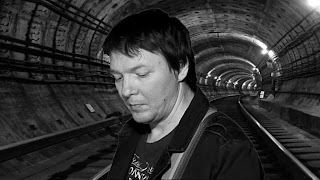 Q. When did Sounds of Sputnik start, tell us about the history...
First off, my name is Roma Kalitkin. I began SOS in 2010 at a time when I refused to take part in several other musical projects I used to be involved in, such as Berlin-Bombay, Pustosh, etc. I was getting really tired of the endless chain of rehearsals, not to mention the amount of precious time I felt like I was losing by being involved in those projects. At some point I realized that the music I was most interested in making was actually something that I would likely only be able to do by myself, and preferably in the comfort of my own home instead of collectively in some rehearsal space. I had 25 years of experience performing in various bands, which meant that I didn’t have to invite other musicians to perform this or that part, including for drums, in order to realize my vision. I abandoned the "collective intelligence" that comes with being in a group, and finally felt like I had complete creative freedom, of course, within the scope of what is a post-rock or shoegaze culture.


Q: Who are your influences?
I was really influenced by Joy Division, The Cure, My Bloody Valentine, The Wedding Present and The Smiths, among others. These groups formed an entire generation of musicians and gave birth to the indie scene, so I'm grateful to them for all they have done. But unfortunately, this kind of music has never gotten anywhere in Russia, while probably made it twice as attractive for me personally.

Q. Make a list of your favorite 5 albums of all time…
The Smiths - The Queen is Dead
My Bloody Valentine - Loveless
Sonic Youth - Goo
The Pixies - Surfer Rosa
Mogwai - Rock Action.

Q. What feeling do you get when playing alive? How does that compare to working in the studio?
Of course working in the studio is not as bright and emotional experience as being on stage, but I find this is the best way for me to achieve genuine depth and insight in terms of the music I’m creating. It used to be that the recording of an album entailed some kind of advertising for concert, but now it seems to me that things are in the process of changing 180 degrees. For a long time already, we have been sitting and staring at our computer screens, just watching whatever we feel like, and it’s also the case that the sound experienced at concerts leaves much to be desired. Now people are able to get an endorphin rush in a variety of other ways. Having said that, of course I’d still be among the first in line to buy MBV tickets should they ever decide to come play in Moscow.

Q. How do you describe Sounds of Sputnik’s music?
I think it’s difficult for any band to objectively assess its own music, but everyone I’ve come into contact with to date tell me that I am definitely on the right track. Moreover, the collaborative work we’ve been doing with Ummagma has given me a strong dose of healthy optimism with respect to our music, not to mention hope that we will be making a real musical breakthrough this part of the solar system. I know you know all about Ummagma because they’ve been mentioned in this blog before and because they are collaborating with your artist Robsongs – well they began in Moscow and I knew them when they got together. I was writing music with Shauna, the singer, even before she met Alexx and I can tell you that the stuff we were writing back then had a totally different sound than now. They were both kind of shocked upon hearing what I’d produced after a gap of about 6 years of no contact with one another. Then all of a sudden I learned about their new music and they learned about mine. Shauna seems to think that my music has echoes of the past, similar to bands that you have heard before (like Mogwai, Sputniks Down or Airiel), and even stronger echoes of the future. I also agree with that assessment. I hope that answers your question.

Q: Tell us about the process of recording your debut album?
I won’t go into detail about the process entailed in writing this debut album – that would really take a lot of time and there’s a lot of technical stuff there that wouldn’t interest most readers. What I can say is that it has been a labor of love and that we’ve made significant headway even terms of what we’re doing.

There’s also something else that’s really worth mentioning here and that is the main underpinning for this process – we have been able to throw around tracks via the Internet, passing them back and forth and developing them further. More and more, musicians from various parts of the world are becoming united (at least the opportunity to do so is there), and the brilliance in this is that the potential results are often something that is unexpected and they can even be astonishing. That is what we are aiming for and, by the sounds of what we’ve put together so far, that is what we will deliver.

Q. Which new bands do you recommend?
These days, I am very happy to listen to Airiel, Astrobrite, Echo Lake, Lovesliescrushing, Highspire, Jesu, Air Formation, Hammock, Magnetic Mornings, Fleeting Joys, and many other groups that are sent to me by such avid shoegaze audiophiles like Vladimir (Vova) Karpov. He’s in the band Aerofall, which I also highly recommend to anybody who hasn’t heard their music. I also obviously recommend Ummagma or I wouldn’t have pursued any joint work with them.

Q: Which bands’ music would you love to make a cover version of?
I think I’d have to say I’d love to do a cover version of a Jesus And Mary Chain song. That would be completely interesting because of their incredible energy and their seemingly simplistic performance. I would love to record a song of their as a tribute to them.

Q: What are your plans for the future....
The main thing for now in gearing up for our joint release with Ummagma – it will be Sounds of Sputnik’s debut album – and we are aiming for early summer for that release. Although I previously composed and played on one track with them earlier (“Live and Let Die”), this will also be our debut release as a joint project. In terms of what the future bears, I can honestly say that I’m in no rush to get there – one day at a time. What I can say is that, once this album is released, it will likely feel like I am starting from scratch once again. Quite recently, I often dream up a very beautiful melody during my sleep, which I sometimes manage to record early in the morning before it fades away, so I’m hoping that all of these will also soon end up being useful for me.

Q: Is there anything else you would like to add?
Yeah, I want to thank your blog for supporting such musical projects like this one. The way you write about the bands you cover is akin to us playing our instruments. And thanks to your readers – hopefully they’ll also have a listen (to the music).
*
*
*
Thanks