Ladies and Gentleman, Let´s Floating in Space Again with KR-3 - An Interview 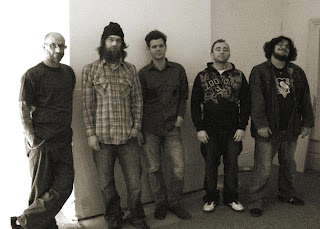 Q: When did KR-3 starts, tell us about the history...
A: "KR-3 began in 2003 and was the name chosen as an ego-less way of  releasing an album cut mostly on 4 track tape. The album known as the Blue LP was inspired by psychedelic experiences and the name KR-3 was taken from the novel "Flow My Tears The Policeman Said" by the author Philip K. Dick. In 2004 the band was formed as a studio project. The musicians in the band rarely performed live over the course of 8 years but released 2 full length albums, a double album and 2 EPs."

Q: Make a list of 5 albums of all time…
A: "This is a very difficult question to answer.
1. The Rolling Stones - 'Exile on Main Street'
2. The Velvet Underground and Nico
3. Jefferson Airplane - 'Surrealistic Pillow'
4. Spiritualized - 'Ladies and Gentlemen We Are Floating in Space'
5. Pink Floyd - 'Animals'"

Q: How do you feel playing live?
A: "The live experience for us is much different than either the studio experience or rehearsals as we are an improvisational band. This means we take big risks and use the live show as an experiment. It can be both
very rewarding and somewhat scary. Playing live is like a musical conversation between the members of the band and the audience and every show is completely different."

Q: How do you describe KR-3 sounds?
A: "We're sort of like the sound of ocean waves lapping a coastline, cyclic yet not repetitive. Our live shows are punctuated by cacophonous buildups using tension and release or tonal convergences of sound. We
have a somewhat classic sound in that we use vintage equipment but we have abandoned the classic approach to songwriting and opted for a more psychedelic or esoteric type of experiment." 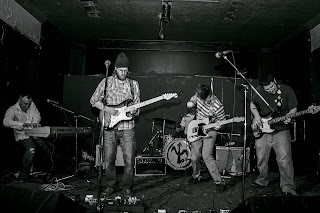 Q: Tell us about the process of recording the album?
A: "We could probably write a 500 page book on this topic so it's challenging to keep it short. Songs are written, presented to the band and then they undergo a series of revisions both in the rehearsal space
and on the stage. Once they are refined to the point where we can all agree that should be recorded we collect them, book time in a recording studio (usually 3 weeks to a month) and spend 12 hours a day recording the songs live then sitting down and discussing how best to embellish the live sounds with subtle overdubs."

Q: Which new bands do you recommended?
A: "We have Tame Impala's new album on repeat in our tour van."

Q: Which bands you love to made a cover version?
A: "We don't often cover other bands, but we'd love to work up "Peace Frog" by the Doors."

Q: What´s the plans for future....
A: "Our plans are usually based on what we can immediately accomplish using the tools that are in our possession. We try not to look too far into the future as that tends to complicate the 'now' but we are looking
forward to continuing to tour in support of our new album Fractures and Sparks as well as heading back into the studio sometime in the very near future to record some new material."

Q: Any parting words?
A. "We thank you for taking the time to interview the band and to the readers, be good to one another. Love, KR-3."
*
*
*
Thanks Shane