The Devil May Care with The Durty Wurks - An Interview 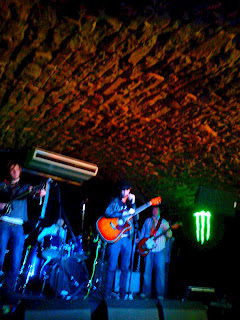 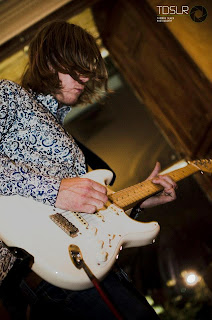 Q. When did Durty Wurks start, tell us about the history...
We originated as 5 mates throwing a band together just for the fun of it really. None of us really played much apart from the drummer and our lead guitarist at the time, Gav and I knew next to nothing of music and production. We knew a lot of people who were in bands around Edinburgh, so getting a gig was quite easy and we just jumped in at the deep end I guess. To this day have probably had more gigs than practices.

Q: Who are your influences?
The Rolling Stones are a big influence on the band, The Brian Jonestown Massacre and The Velvet Underground also, especially on myself. I would have to say Neil Young as well, as me and Gav hit “Neil Young – Rust Never Sleeps” hard whilst we were recording the album and our bass player Euan would kill me if I didn’t mention Fleetwood Mac.

Q. How do you feel playing live?
I love it, there is no better feeling in the world than taking the sound you made during the recording process and replicating it live. We always try to make our gigs, at the very least eventful. I suppose that’s what makes a good band and that’s what you hope for when playing live. 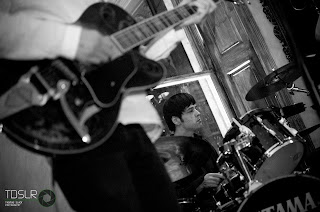 Q. How do you describe Durty Wurks sound?
Looking as an insider and reflecting on our influences, I realise that we are just one big concoction of all the above-mentioned bands. I don’t think we sound like a particular one of the said bands but if you were able to mash them all up together, I reckon you would get very close to our sound. Its just good old fashioned rock and roll with a modern twist, whether it’s a ballad a lullaby it will kick you in the face and leave you with a recognisable sound.

Q: Tell us about the process of recording the songs?
I tend to sit and play my guitar, usually acoustic. I stick to about 2 chords and hum out a melody. If needed I’ll think of a change or a chorus then add that in. Once I have the tune and the vocal melody in my head, I’ll get down to writing words on a subject personal to me at the time. Once that’s done I’ll hook up the laptop and start to record the guitar and vocals immediately to try and keep in the mind-frame of the song and hopefully capture the mood that made me write it. Then it’s just a case of getting the lads over to figure their parts out. Some songs come quicker than others and some are easier to record but recording this way has had a detrimental affect on the sound of the songs.

Q. Which new bands do you recommended?
I would have to recommend a band I believe you know well already, The Valkarys. The Valkarys gave me my first shot at playing in a band a good few years ago now and if it wasn’t for them I probably wouldn’t be doing what I’m doing now. Also The Jackals, another Edinburgh band we have had the pleasure of playing with; these guys along with Frantic Chant probably sparked my interest in the local music scene we are just merely trying to keep it going.

Q: Which bands you love to made a cover version?
We love to do our cover of Hey Hey, My My, the Neil Young classic and we’ve been known to murder a few Verve songs.

Q: What´s the plans for future....
We really just want to develop our following a bit further, We have the tunes down and free to download and were currently making a few more recruitments to obtain the optimum live sound, so I guess the next step is to take it on the road and hope for the best!