Truth is by The Sky Drops - An Interview 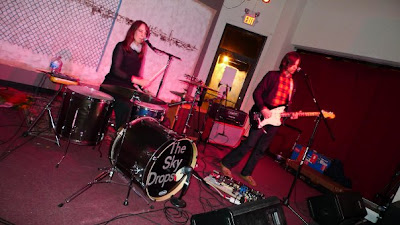 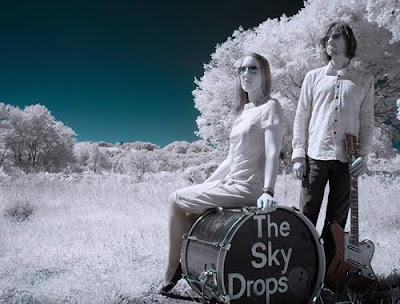 Q. When did Sky Drops form, tell us about the beginning…
R: At the end of 2005, after a year of playing acoustic guitar on my own, I realized I missed plugging into my jazzmaster and stomping on a big muff. I wanted to start a band that had a big sound and was heavy on harmonies. I had produced a song on Monika’s solo record and seen her play drums with Licorice Roots. The fact that she could sing and play drums seemed ideal, so I gave her call and asked if she was interested. Initially, there was a bass player in the picture, but she never showed up. We decided to work on songs anyway and realized soon after it sounded pretty good without a bass player. Why not continue as a duo, see what happens?

Q. What are the band’s influences?
R: Great melodies and sonic mischief.

Q. About Smashing Orange, what´s the best remembrance?
R: Sometime in the early 90s, we played an underground show in an abandoned monastery in Paris. The sound system and gear were a bit on the primitive side, but the atmosphere was electrifying. The place was packed with a few hundred people and cases of wine and beer were stacked to the ceiling. When we started playing, the audience went nuts and a wonderful mayhem ensued. After the last song of our set, we proceeded to destroy everything that was on the stage. Members of the audience quickly joined us and picked up amps and drums and smashed them to the ground. The energy created that night was a once in a lifetime experience. All was one and beautifully chaotic. 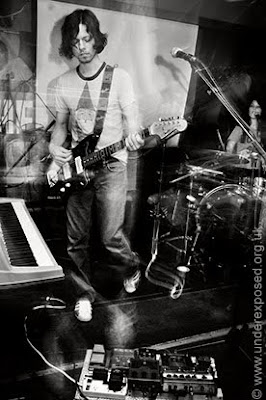 Q. Tell us about the recording process for Bourgeois Beat?
R: About a week into recording, I was struck with an unknown painful nerve condition that prohibited me from playing guitar. The pain got much worse before it got manageable. It was several months later I was able only to track a take or two a day. At times, I felt the completion of Bourgeois Beat was beyond reach. It cost us a year and a half, but I’m glad we pulled through and got it done. It’s good to be back.

Q, Tell us about playing live.
R: We enjoy playing live. It’s amusing how many people are generally bewildered when we show up at a gig as a two-piece. However, once we start playing, all preconceived notions are blown out the window. We’ll frequently hear someone comment after the show, “it sounds like they’re four people on stage. How do you do that?”

Q. How did last years gigs go?
R: Other than some clubs trying to rip us off, very well, thank you.

Q. What do you think about the classic shoegaze era?
R: Clearly, MBV rules. But oddly, there were a lot of exciting and promising bands back then that had amazing debut releases followed by disappointing records. 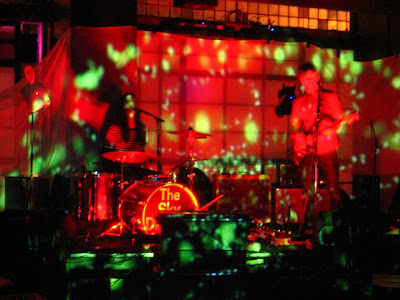 Q. Tell us about bands in the current shoegaze scene…
R: Most of the new bands I’ve seen and heard are way too focused on being a retread or tribute band. I wish more bands wielding the “shoegaze” and/or “noise pop” sound would find their own voice and create something unique. How many more times can we hear the next Loveless or Psychocandy?

Q. Which new bands you recommended?
R: At the moment, I’m really digging this band called Feather Drum. Their music has an interesting mix of Eno-esque otherworldly dissonance and Salem 66 raggedness. Sort of what Lush sounded like before they met Robin Guthrie.

Q. Which songs by other bands would you like to do cover versions of?
R: We were recently tossing around the idea of covering “Colder” by Throwing Muses, but it hasn’t quite work out yet. Monika really wants to play “Your Mouth is a Train Wreck” by the Constant Signs…we’ll see.

M: OK, I was content to let Rob handle this interview before this bold-faced lie… I detest the Constant Signs. My vote is for “Surfin’ Bird” by The Trashmen. 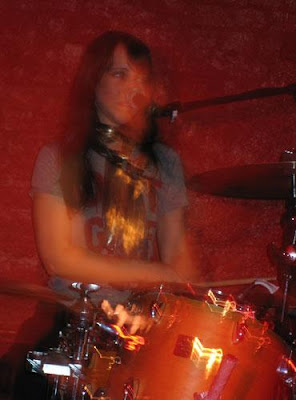 Q. What are the plans for the future?
R: We’re releasing a new single on iTunes later this month: “If You Can” b/w “Christmas Feels Like Halloween.” A new vinyl EP “Making Mountains” will be released Spring ’11.