A Love from Outer Space by A.R. Kane - An Interview with Rudy 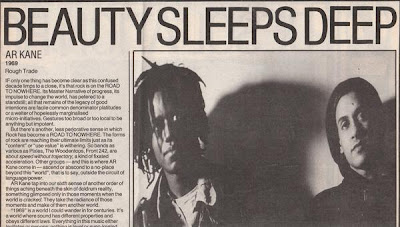 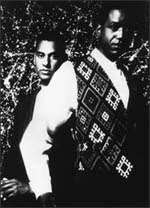 Q. About the early years, When A.R. Kane formed? Tell us the history.
A. The Ark, arcane, Citizen Kane, the Mark of Cain, A for Alex, R for Rudy - all these contributed to the name - a very English propensity for wordplay.

Alex and I were friends from the age of 8. We were influenced by music and London culture, eclectic music fans covering UK Pop, jazz, Dub reggae, Punk and new wave, 70’s soul, funk and disco, Warehouse parties, garage and psychedelic rock, progressive rock, hip hop, classical, and on and on. We both read books without pause – JG Ballard, Horror and Sci-Fi, philosophy and mysticism. One evening we saw a new band on TV called the Cocteau Twins, and we were inspired; the next week we bought a drum machine, an electric guitar, and a digital delay – and we started making sounds and writing songs. We had a recording date with One little Indian within a month of starting the band. We then jumped to 4AD, Rough Trade, David Byrne’s Luaka Bop in NYC.

Q. How do you describe A.R. Kane sounds?
A. Essentially it’s a form of pop music, but deconstructed, or reversed – as McLuhan would say, flipped – we shift the emphasis, play with the form, and turn it on its head – for no other reason than the pure pleasure of ‘play’. We both dreamed music in those days, and we would write the tunes and try to recover the feeling with sounds and words, hence we labelled some of our music ‘Dreampop’. We approached studio technology with an untrained, unspoiled attitude, and so that too become a toy, something for creating surprises.

Q. How was your experience to work with Robin Guthrie?
A. Robin is unique; he is both a hard bastard, with such high standards that he could break your heart if you did not deliver, but also, gentle, kind and generous – a BIG heart. In those days there was The Smiths, New Order, and The Cocteau Twins. The Twins had the sound, Robin created it – we wanted it. The Lolita EP produced by Robin was near perfect. It was an enormous education working with him, especially discovering the Indian eateries of Acton.

Q. What´s your influences?
A. I named some general influences above, but there are too many to list them all. At the start we were listening to a lot of Cocteaus, Sonic Youth, Syd Barret, Studio One dub sessions, PiL, Sun Ra, Miles Davis, Janet Jackson, Madonna, Nick Cave, Prince, Velvet Underground.

Q. About the gigs, what do you remember?
A. They were noisy and disorienting for the audience, but we often used that to open them up, and then deliver the killer blow. We had no spaces between the songs, we would drift from outro into feedback and noise then intro, then song, and so on. When it worked it was transcendent. It did not always work.

Q. Too many people consider A.R. Kane "arguably the most criminally under-recognized band of their era"...whats your opinion about it?
A. We were not user-friendly. We did our own thing, and we believed in testing people, challenging their expectations – this is threatening and does not lead to popularity. We were well recognised by those that ‘got it’ – and they are the people we played for. We never did real ‘pop’, and hence could not cross over easily into main stream. This was not contrived, it was a life-long attitude – and still is.

Q. The first record When You're Sad 12´´ is a mark in Shoegazer history, what’s the concept behind the sounds?
A. We wrote a very simple song called ‘You push a knife into my womb’ that sounded like a Jesus and Mary Chain tune – so we said let’s give it a JAMC treatment, but then gave it a twist. We deliberately removed the ‘human factor’ from the songs production – no Rock-n-Roll riffs, no funky bass, no syncopation – and replaced these with pure sound, layers of feedback and echo, rolling bass, reverb’d, disembodied vocals. �Rough Trade refused to distribute the song and so we had to rename – Our first experience of moral censorship. Oh, we never gazed at our shoes.

Q. What´s the process to record the albums "69" and "i", and what´s the biggest difference between theirs?
A. ‘69’ was a fresh, raw and immediate experience. We built a studio in a basement; taught ourselves how to operate the various parts, and just made every sound we wanted too – no external interference. We were spiritually, culturally, and literally ‘underground’ at that time. We were isolated, communicated without words, just with a nod and a smile and followed the feeling. A very special time.

‘i’ was a luxurious experience; big studios, producers, star treatment. It gave us the opportunity to go way beyond our own technical limitations, and to push at the boundaries; we were sitting somewhere between the avant garde and pop culture. We touched on several emerging genre, drawing also from the wealth of the past, and utilising computer and digital technologies.
‘69’ was iconoclastic.
‘i ‘was influential. 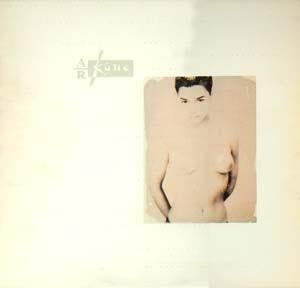 Q. Many Shoe gazer bands includes A.R. Kane in a great influence on their works, what you think about shoe gazing sounds?
A. When I am in a particular mood, I like to ‘get lost’ in huge, ambient sounds, but I am still very critical, and i always see the holes and the imitation. I think in a sense, I still place ‘the song’ as important, and I listen for it in the sounds, regardless of how abstracted or deconstructed, or stretched over time, that song may be. If I do not sense the presence of the song, then I am dismissive, and I label it pretentious.

Q. Which new bands you recommended?
A. I don’t recommend bands unless I know the person very well.

Q. What are the plans for the future?
A. A.R.Kane have not recorded together since 1995, and there are no plans to re-unite. Post A.R.Kane I recorded two albums as SUFi, and Alex recorded as Alex!
One Little Indian planned a retrospective release of all the A.R.Kane singles as a compilation album this year but they seem to have lost the desire.

I now switched most of my creative drive to oil painting (see www.myspace.com/rudytambala), and I have several tracks that need completing in a semi-decent studio, but I have not got around to it... we’ll see – maybe someone out there wants to help? I do not know whether Alex is working on music. 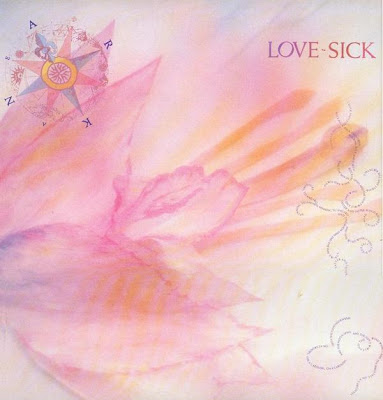 Q. Any important news to tell us
A. In the spirit of independence and experimentation I have just launched a software start-up where musicians can build their own site, sell music, and create a fan club, and so on. It’s called ‘d2mondo’ – it is part of the emerging music scene, go check it at http://www.d2mondo.com/.
*
*
*
Thanks Rudy....this is a special moment to me, best Renato