Forbidden Kiss by Astral - An Interview with Dave Han 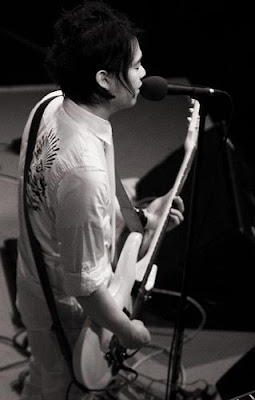 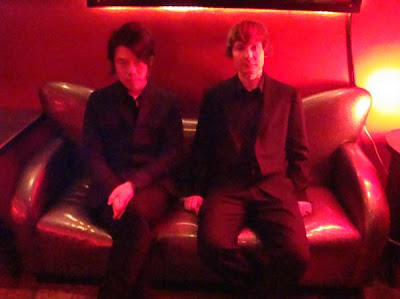 Q. When did Astral form, tell us about the beginning…
A. Well, officially, Astral started in early 2001. The original band members included Shawn Poh, Amy Rosenoff, and myself. It was a very exciting time in music. I felt that the original, yet short-lived, shoegaze movement of the early 90’s had for the most part been forgotten and post-punk’s hey day had already almost 20 years behind it. I had a vision of blending these styles of music since I had not seen anyone doing this at that time. Remember this is at least a couple years before bands who claimed a stake in these genres had finally sprouted everywhere. By 2003, this sound was really catching on. We were even getting calls from Virgin and Atlantic Records A&R.

Q. What are the band’s influences?
A. The band’s influences had always been a cross pollenation of shoe gaze and post-punk (I’ve heard some reviewers refer to this as “Dream-pop“), so I’d have to say bands such as My Bloody Valentine, Slowdive, Siouxsie and the Banshees, Joy Division, Wire, Echo & the Bunnymen, and the Cure were all big influences for us.

Q. Tell us about the recording process for Forever After?
A. Forever After is our first album recorded using digital media (ProTools). In the past, we had always prided ourselves in staying true to analog media, so all previous recordings had been done on analog tape (Orchids on 24 track, and Sleepwalker on 8 track). The decision to go with digital this time mainly came about because our bass player at the time happened to also be an employee of Digidesign, the company that makes ProTools, so how could we not take advantage of that? It took about 6 weeks to track the entire album, but almost 2 years to mix it! That’s the problem with digital music production. There are endless ways to continually mix and remix songs, so many options. If you explore the options too much, it can take forever. Maybe we should’ve titled the album After Forever, haha! 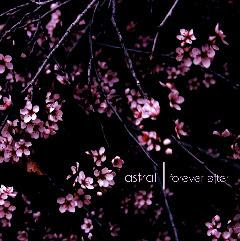 Q. What´s the most important difference between Orchids, Sleepwalker and Forever After?
A. Aside from the production quality, I feel that the songwriting is much more developed and somewhat more mature with Forever After. The musicians I have worked with on Forever After have also brought a little something to the table as well and keep in mind, Orchids and Sleepwalker were both written with the original band members so that songwriting has a common thread.

Q, Tell us about playing live.
A. This is one of my favorite things about being a musician. Being able to share the live experience and connect with people. Music is a form of communication and I get a lot of satisfaction in “communicating” with folks that can understand relate to my music.

Q. How did last years gigs go?
A. Last year’s gigs were fantastic! We played only about 6 shows, but they were all fantastic and memorable. We had a great turnout at every show, played with fantastic bands, and met a lot of fantastic people. Definitely one for the record books! 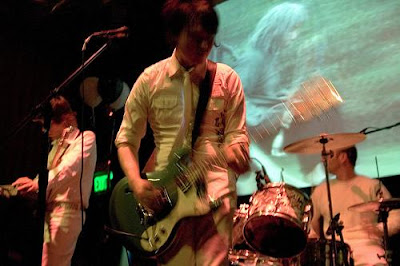 Q. What do you think about the classic shoegaze era?
A. I think it’s a major contribution to music in general. There was a lot of ground breaking and rule bending that inspired many musicians around the world and gave birth to even more subgenres.

Q. Tell us about bands in the current shoegaze scene…
A. There are a lot of fantastic newer shoegaze bands out there these days. And I think they are always continually pushing the limits of the genre which I think is great.

Q. Which new bands you recommended?
A. My taste in music has changed quite a bit over the years and honestly I find myself listening to more older music than newer, so it I don’t have an new band recommendations. Lately, I’ve been listening to; Air, Massive Attack, Thievery Corporation, Dead Can Dance

Q. Which songs by other bands would you like to do cover versions of?
A. Good question! I have always thought it would be great to do an album of classic bossa nova songs with a shoe gaze twist.

Q. What are the plans for the future??
A. The 10 year anniversary of the release of Orchids is coming up in a few years and I have been digging up lost songs from the Orchids sessions, enough for another full length album. I would like release these to commemorate the anniversary, possibly with a reissue of Orchids since it‘s been so long out of print. These lost studio outtakes are original master recordings, recorded by the original lineup, and taken from the original tapes that the rest of the Orchids album was recorded on. They just didn’t make the cut at the time, but I think there are some real gems in there that fans will appreciate. 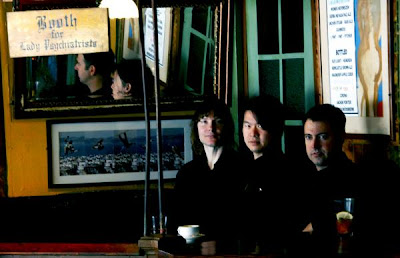 Q. Any important news to tell us
Lately I have been spending a lot of time with my side project, Foreign Cinema which I find is really inspiring. It challenges me to play differently. I think it’s important to always experiment with different things to keep your creative edge fresh. We are currently recording a full length album which should be ready sometime in 2011. Check it out, www.myspace.com/foreigncinemamusic
*
*
*
Thanks Dave.....it´s a pleasure to me....best, Renato