Jane, Drive It All Over Me with Janedriver - An Interview 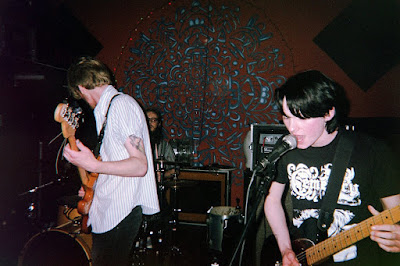 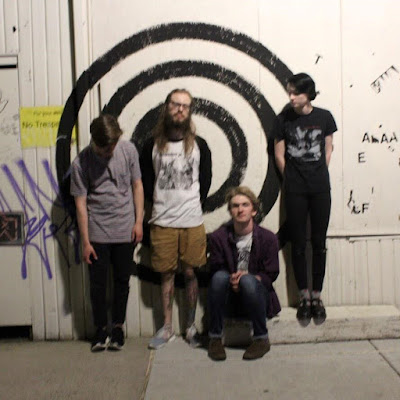 Q. When did Janedriver begin? Tell us about the history...
A: Janedriver began as a sort of extension of the solo material that I had been writing throughout late 2017 and the beginning of this year. Prior to Janedriver, the bassist Evan and I had been playing in a deathrock band, and during that time I had been writing and recording a lot of music in my free time in a more shoegazing style. In early February I posted a couple of what I felt were the best songs on my personal Facebook account just under my own name, not really thinking much of them other than they were good enough to share with my friends. But they eventually garnered enough attention just among my own friends and peers I was getting requests for shows, and I thought that it might be a good idea to form a full band around the project. I never had any interest or intention of playing solo live and what I was ultimately trying to achieve, even just with my lo-fi demos, was more of a full band sound. I contacted Evan who I had played with before, told him that I was trying to form a band, and asked him if he would like to play bass. Evan and I always got on extremely well and bonded over a lot of shared musical interests, so when we played together in any musical context we always meshed very well, and were able to communicate almost unspokenly on the same artistic wavelength. It had also been almost 6 months since our previous project had disbanded and we were both really itching to play music again. Our first practice was just the two of us playing through all the songs on guitar, bass, and vocals, in his bedroom. From there it expanded with Evan bringing his friend Andrew into the fold to play drums, and later with me later bringing our mutual friend Adrian into the mix to play guitar and synth. Both of them being incredibly talented musicians with their own musical projects (The Ok Ok’s and Baltic noise, respectively) who really helped to round out the band, and bring us into the sound and musical territory that we had been aiming for when we started. The first practice with all four of us together really brought all the songs to life, and produced such a massive and ethereal sound that got us all very excited about doing the band. From there we started playing shows in the surrounding local areas.

Q: Who are your influences?
A: I think that it’s safe to say that we all have pretty eclectic tastes that are really specific to each of us as individuals. The influences that each of us bring to the band are so far reaching that there would just simply be too many to name. But some of the influences that we all share are My Bloody Valentine, Sonic Youth, Brian Eno, Slowdive, Boards of Canada, and Slint.

Q. Make a list of 5 albuns of all time…
A: That’s a really good question. For me personally my top five favorite albums would probably be:

The Cure’s "Pornography",
The Jesus and Mary Chain’s "Psychocandy",
The Television Personalities’ "...And Don’t The Kids Just Love It",
The Ecstasy of Saint Theresa’s "Susurrate",
My Bloody Valentine’s "Loveless", and if I could so bold as to add a sixth, Sonic Youth’s "Evol". Some of those are a bit obvious but those are some of the records that have been the most crucial and impactful in shaping my taste in music, and possibly even me as a person.

Q. How do you feel playing live?
A: I think that I can speak for everyone when I say that I absolutely love playing live and feel very free when we perform. We’re a very expressive live band and we play off each other’s energy a lot. Music is very much a main emotional outlet for all of us, and we like to use being on a stage or in front of an audience as a way to express things through the music that we wouldn’t normally be able to in any other social context. I think that because of that our live shows tend be quite aggressive and often times even destructive, but it’s a lot of fun.


Q. How do you describe Janedriver´s sounds?
A: We play around with a lot of different textures and sounds. We really like the idea of combining both abrasive and beautiful sounds, and having things sound very big. I’m aware that is not at all an unpopular approach, especially amongst bands of the shoegaze genre, but I like to think that we play with that idea in a way that is our own, even if just slightly.

Q: Tell us about the process of recording the songs ?
A: I tend to do a lot of the writing on my own and record demos to bring to the rest of the band. Currently, most of the recorded material that we have up on the internet is just recordings that I’ve done solo, save for a recent live recording of ours that just got put out, but that should change very soon. We have plans to start recording an album at the end of the summer at friend’s studio which will be done as a full band, and with a much different approach to recording than what we’ve done in the past.

Q: Which band would you love to made a cover version of?
A: I have been listening to a lot of The Pastels lately and I think it would be pretty cool to do a noisey cover of one of their songs. Or maybe something by Majesty Crush!

Q: Any parting words?
A: Quit your job, make art, be nice to animals, support your friends. Other than that I’d just like to thank you for the interview and the support! We all really appreciate it a lot. -Cindy
*
*
*
Thanks