I Only Want To (Rock and Roll) with DriftMode - An Interview 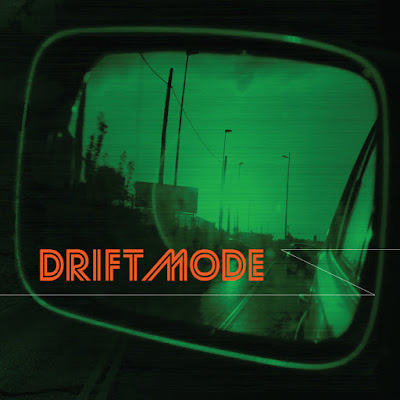 
Q. When did DirftMode begin? Tell us about the history
We (Eugene and Michel) living in Boxtel (a small village in The Netherlands) met eachother some years ago, when Michel asked Eugene to play the lead-guitar in a band called 'the galactic lo-fi orchestra', in which Michel was the singer/guitarist and songwriter. This was the first tim we joined forces.

We both musically grow up in the eighties and shared a lot of favourite bands and went to the same concerts back then, without knowing eachother by then.

So when we finally met, we taked a lot about music and listened together to our finest album.
Besides playing together in a band, we started the Driftmode project.

Q: Who are your influences?
@Michel: I like to listen as much music as possible, in general wave-alternative-punk-hard core.

Q. Make a list of 5 albums of all time…
@Michel; My top 5 changes many times, but there always will be a Ramones album on top.

@Eugene: Difficult indeed because it changes. For me is top 5 (many good songs on 1 record).
The Days of wine and roses - dream syndicate
The Posies - frosting on the beater
J.a.m.c. - Psychocandy
The National - High Violet
The Gunclub - The Fire of love

Q. How do you feel playing live?
We never played live. We made the EP, it was recieved well in the music-press and we had some invitations to do some concerts. We made plans how to do the songs live, but other musical projects were given priority.

Q: Tell us about the process of recording the songs ?
After we met eachother we talked a lot about music. We discovered that earlier on we both had recorded some demo material with pop-noise music that matched and so we decided to work together.
We mostly worked apart form eachother as far as recordings concern. Once a week we met eachother and listend to everything we recorded and we put all the ideas into the songs on the Driftmode EP.

Q. Which new bands do you recommend?
@Michel,there so much new bands coming up, everyday i discover anew one, at te moment it's a band called EUT, they also from the Netherlands.

Q: Which band would you love to made a cover version of?
Michel, if I do a cover I need to have the feeling that the original almost was written about me.

Q: What are your plans for the future?
The Driftmode project is on hold at the moment.

Q: Any parting words?
Thanx for the possibility to give us this interview
*
*
*
Thanks