Glow with Catch The Breeze - An Interview 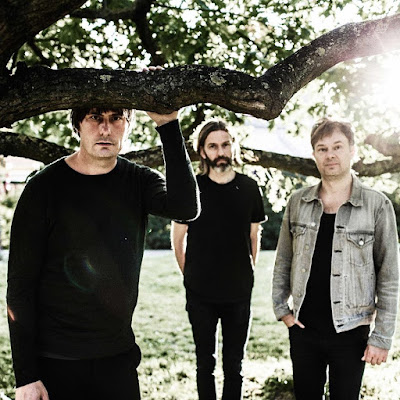 
Q. When did Catch The Breeze begin? Tell us about the history...
We all played in Yellowish, a dream pop / alternative rock band, which disbanded in 2014. We still made music together though, and decided to start afresh so we formed Catch theBreeze 2014. The name is the title of a Slowdive song. Andreas has had a small silk screen print with the words ’catch the breeze’ hanging behind his drum set all those years with Yellowish, so it was a natural choice.

Q: Who are your influences?
We find beauty in a lot of different artists and bands from a lot of different genres and ages. There is no denying that we have listened to shoe gaze bands and My Bloody Valentine, Slowdive, Lush, Swervedriver, Ride are common favorites. New bands like A Place to Bury Strangers have also had a clear influence on the guitar sound. Actually, Aage has a couple of effects pedals made by Death by Audio, made by one of the members from A Place… Regarding drums and bass the influences are drawn from a lot of different places. Andreas has been inspired by bands like Yo La Tengo, CAN and NEU! Lars’s bass lines are in part inspired by The Clash, Iggy Pop, The Cure, Joy Division/New Order, and also Tim Lefebvre’s work with David Bowie. Artists from odd genres like Pino Palladino and Esperanza Spalding also had a huge influence.

Q. Make a list of 5 albuns of all time…
Impossible! Ha ha! But here are 5 that we like a lot, though we do not agree completely. David Bowie, Low
The Cure, Disintegration,
Iggy Pop, Lust for Life
Slowdive, Souvlaki
Talk Talk, Spirit of Eden.

Q. How do you feel playing live?
Great! We love playing live and we get a kick out of seeing how our music affects the audience.

Q: Tell us about the process of recording the songs ?
We have recorded most of the music live in the studio to achieve a raw and authentic feel. Vocals and guitar dubs were added later on in the process.

Q: Which band would you love to made a cover version of?
We do not really do covers. We are too busy making new music!

Q: What are your plans for the future?
World domination. We are currently working on new music and plan to release an EP next year.

Q: Any parting words?
Thanks so much for taking an interest in our music!
*
*
*
Thanks