Still with Mood Dye - An Interview 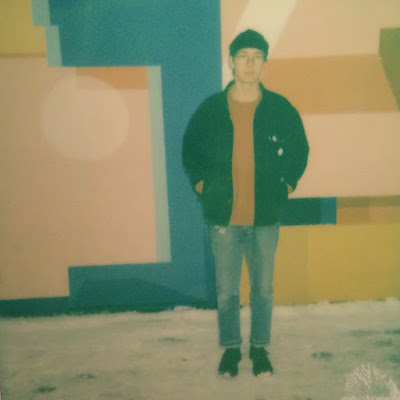 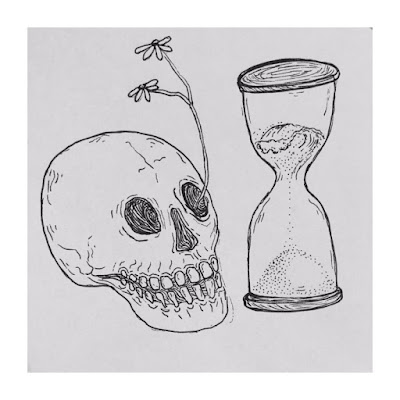 Q. When did Mood Dye start? Tell us about the history...
I’ve always been listening to a lot of music for as long as I can remember. Discovering new music was the most thrilling and exciting thing I knew, but still in the back of my head I always had this dream of being able to make music myself. It was somewhat a distant thought but at some point we started making songs with a few friends just for fun, I was mostly playing bass at the time. The first projects never really got anywhere and things were moving really slow, so I started fiddling around with a guitar out of boredom and recorded a few instrumental songs using my iPhone. I kept writing songs and recording them by myself, adding other instruments to the songs too. It ended up as an EP which I made a few cassettes out of but never released it. I didn’t care about anyone hearing it, it was just something that I was really excited about, being able to create these simple lo-fi songs. That was the time I realized writing music was the thing that I wanted to do.

At first I was borrowing all the gear from a friend, but soon started investing on the gear myself, buying an interface and a couple of mics alongside with a guitar and a couple synths plus all the stuff related to that. We also started a new band later with these same friends called Cina Polada, which I still play guitar in and it has actually worked out pretty well. Though we had this band I still kept making my own songs on the side as I felt I needed to have a project that I would be able to express myself through and do whatever I feel like with. Over the years the songs have kept progressing and just recently I felt like it was the right time to start releasing them and really get things going. It has slowly grown to be the most important thing to me for now.

Q: Who are your influences?
I believe that all the music you listen to influence the music that you make in some way, particularly the music that you really like. So I feel like it’s kinda arbitrary and varies from time to time. Lately I’ve been listening to a lot of 80’s jangle pop and post-punk and also modern releases, mostly dream pop and shoegaze I guess. If I had to name a few I’d say Felt, Cocteau Twins, The Wake, The Cure, early New Order, Wild Nothing, Porches, Fear of Men, Suburban Living, EZTV and stuff like that. I always listen to music based on how it feels. It’s often easy for me to sense in a way if the music is honest and real, whenever I feel like it’s not I move on. It’s really hard to pinpoint the influences to only a few bands and I think it’s the diversity and combination of new and old stuff that makes the music interesting.

Q. Make a list of 5 albuns of all time…
Haha it’s way too difficult, it’s so subjective and depends so much on personal taste but I’ll try and list some albums that I feel like have been somewhat important to me personally in the last few years.

Q. How do you feel playing live?
Usually pretty nervous, though it’s really fun and rewarding at the same time. Haven’t played live with Mood Dye yet, so I’m looking forward to it if I manage to put a band together some day.

Q. How do you describe Mood Dye sounds?
At the moment I think it’s somewhere in the jangle pop/dream pop spectrum with some post-punk vibes and nostalgia, though the sound is constantly evolving and it’s difficult to predict which way it heads next. The sound seems to be always related to the mood I’m in while making the songs, that’s also partly where the name comes from. I guess and hope it sounds like me.


Q: Tell us about the process of recording the songs ?
Usually it starts with some idea or melody in my head, I often record voice memos when something good comes up. Or it can be just a single thought that inspires the song, sometimes the lyrics are there before the song and sometimes it’s the other way. I tend to start out with guitar depending on the current mood, sometimes I’ll start a song with bass and drums or with a keyboard, and I think it really affects the way the song turns out. I usually begin by making a demo and not worrying about the performance or the technical stuff and focus on experimenting with the sounds and structure of the song instead. What I like to do sometimes is to take things out of the original context and try them on the other parts of the song, say taking a melody from the chorus and fitting it into the verse, that way I might get new ideas that I wouldn’t think of otherwise.

Once I feel like the foundation of the song is interesting and good enough I’ll start adding more layers. Then I’ll listen back to it some more and if it still feels exciting and fresh to me I’ll start recording the parts for real. I’m playing and recording everything myself at home, so the recording itself can get really frustrating at times playing the same parts over and over again. I really aim for getting it right at the source and prefer an organic performance over a polished, quantized and pitch corrected stuff. I want the performance to have the right feel to it. The drums are probably the most difficult part for me, as I’ll create some ideas first on my computer and then try to learn and play the stuff on real drums. I’ve been lucky enough to get to use my friend’s drums for the latest songs.

Q: Which band would you love to made a cover version of?
Never been a fan of covers, I don’t know if you can ever make a song better than it originally is or add anything without losing the feel of it, so I’ll say none.

Q: What are your plans for the future?
Not too much planned, would be cool to be able to keep making music forever. Oh and gonna release a lot of new music soon!

Q: Any parting words?
Thx for the interview, keep an eye out for the new releases!
*
*
*
Thanks