It´s Wearing Off with Egoism - An Interview 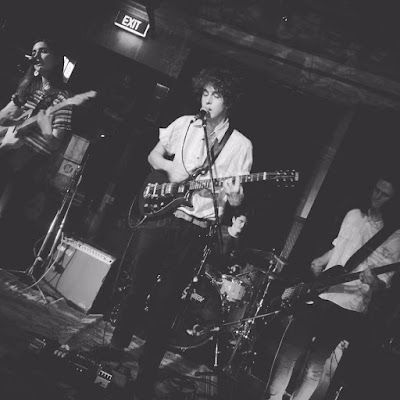 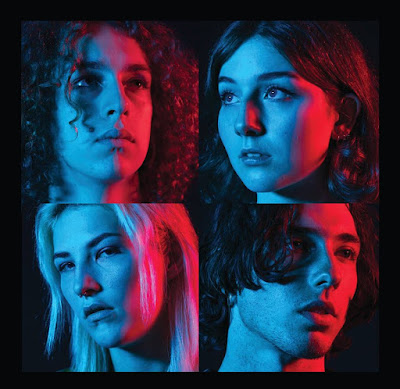 Q. When did Egoism start? Tell us about the history...
1. Egoism actually began as a shitty ukulele ensemble we started when we were 15. After a while we were the only two people coming to rehearsal anymore. It kind of forced us to realise how shit we were, so we ditched the ukeleles and spent the next 2 years trying to write actually decent music. Eventually we met our old drummer dylan and we started rehearsing in his dad's record store where we played our first gig in early 2015. Then it was just 2 years of playing as many weird DIY shows as possible, slowly releasing singles, and going through about 4 different bass players.

Q: Who are your influences?
2. My Bloody Valentine, Unknown Mortal Orchestra, School of Seven Bells, Radiohead, Elliott Smith and too many local Australian bands to count.

Q. How do you feel playing live?
4.Lucy: "Electric."
Scout: "I'm either completely euphoric or completely disconnected."
Olive: "Mostly just concentrating really hard in the hard songs and resisting the urge to jump on something in the easy songs."


Q. How do you describe Egoism sounds?
5. Down-to-earth dual vocals, big spacey guitars, and slow laid back drum beats. Emotionally, our main goal with most our songs is to capture this euphoric heartbreak kind of feeling and sustain it throughout the song.

Q: Tell us about the process of recording the songs ?
6. Olive will make at least 5 different demos of all our songs before we come anywhere close to recording. Then it's just a matter of time until we get into the studio, where we just layer everything on with a click track. Everything we've released in the past year and a half has been recorded has been recorded at our friend's studio Mindfield.

Q. Which new bands do you recommend?
7. Beast & Flood for some out of this world genre-defying music. DEAFCULT and Flyying Colours are without a doubt the two best shoegaze bands in all of australia. And Capewolf's last couple singles have been ridiculously exciting.

Q: Which band would you love to made a cover version of?
8. We were actually just talking about maybe doing some intense noisy cover of something from Bowie's Blackstar.

Q: What are your plans for the future?
9. Our debut EP "It's Wearing Off" is coming out on the 6th of February 2017. We'll be launching it in Sydney and then heading down to melbourne to play a couple shows there.