Nightly with Limbs - An Interview 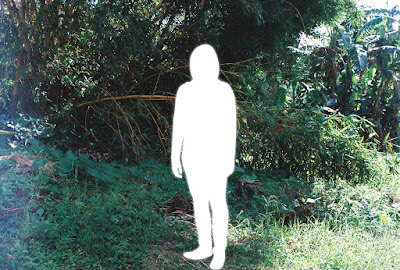 Q. When did Limbs start? Tell us about the history...
I was writing a lot of instrumental music before in the vein of post-rock and math rock, and I got tired of it and wanted to do something else. Limbs is a project of mine that began more than a year ago with the intention to write abrasive music that features a lot of blast beats and shrieked vocals. But when I started writing for it, it kind of mellowed out and became a different thing.

Q: Who are your influences?
The whole Limbs thing was initially trying to rip off Devin Townsend, but failing miserably in all aspects. I also listen to a lot of The Dear Hunter, which I would consider a big influence even if it’s not really translating to my music. I also like Converge and My Bloody Valentine a lot.

Q. Make a list of 5 albums of all time…
It always changes for me. I can’t really say a definitive list. I could always listen to: The Color Spectrum by The Dear Hunter and Catch 33 by Meshuggah, but maybe I’ll regret saying that later.

Q. How do you feel playing live?
I haven’t played live as Limbs yet. I would want to have other members for this project.

Q. How do you describe Limbs sounds?
I would characterize it as post-hardcore with shoegaze and post-rock sprinkled over it. It has sing-song parts, wretched vocals, and subpar production.

Q: Tell us about the process of recording the songs ?
It usually starts with riffing on the guitar, then eventually recorded to a click track. After that, other instrumentations are layered over it. I usually try to have the guitar, bass, and drums recorded/programmed and have a little bit of mixing to it to hear the song’s potential, and also as a personal motivation to continue writing. Those demo sessions end up to be the final ones after some retracking. For writing vocals, I mumble into my phone’s audio recorder from time to time and just flesh out the melody while demoing.

Q. Which new bands do you recommend?
From the local acts here (who is not really a band), this guy Calix (https://soundcloud.com/calixph) put out an excellent album titled “Breakout Satirist”. Amazing hip-hop record devoid of braggadocio, featuring sharp lyricism and banging beats. Also this local band Beast Jesus (http://beastjesusmanila.bandcamp.com), who are far better songwriters and far better at doing this shoegaze/post-hardcore thing than me.

Q: Which band would you love to made a cover version of?
Maybes some James Blake? That would be interesting for me, but I’m nowhere good as a singer, and I would basically ruin it.

Q: What are your plans for the future?
Currently, I’m already remixing/remastering the EP because I was not really happy with how it came out. Also, I’m adding a new song that was previously a demo that I was struggling to finish but failed to include in the first edition of the EP. After that, I plan to write more for this project, but I really wish to have more members involved for this. If you’re reading this and you’re based locally, and interested in playing this kind of music, hit me up.

Q: Any parting words?
Please do check out my stuff at http://limbs1991.bandcamp.com. All my stuff are available for free, and if you would, please also share to your friends that would dig this kind of music. A big thanks to TBTCI for reaching out. Cheers from The Philippines!
*
*
*
Thanks